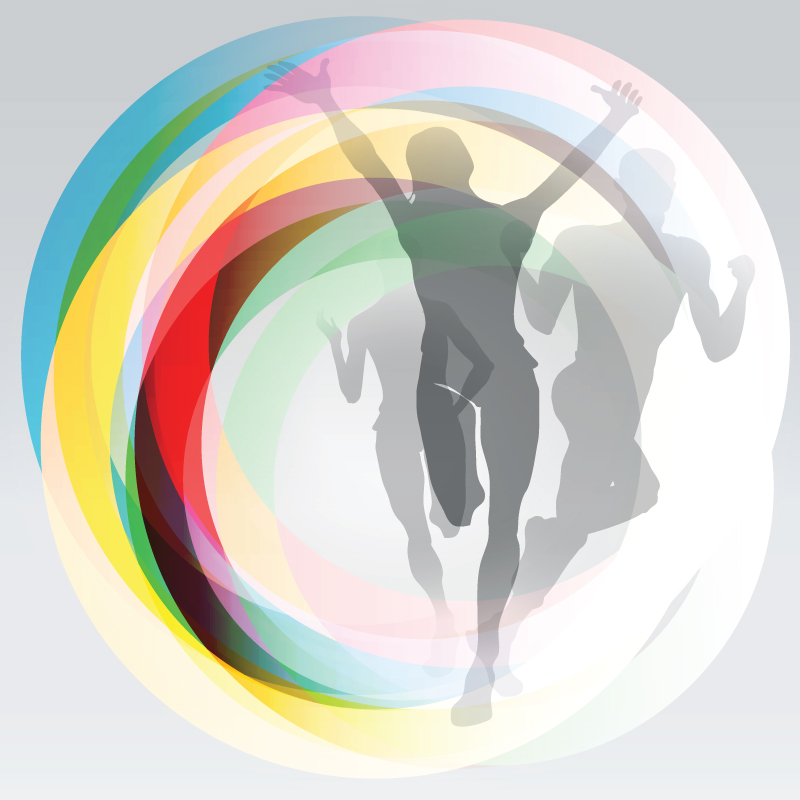 Two months after the closing ceremony of the London 2012 Paralympic Games and the 70,000 volunteers are well and truly back in the routine of their daily lives. Many have written about their experiences as part of the Games but few have considered the impact of that experience on their professional lives.

Kathleen Drum, a volunteer performer in the ‘Pandemonium’ section of the Olympic Games Opening Ceremony, lists the top nine management lessons that can be applied in the working environment:

1.There is only one Leader
The Opening Ceremony was the creative vision of Danny Boyle and we were all there to help him turn that vision into a reality. We had dance captains, choreographers and producers to help us along the way, but at the end of the day what Danny said, we did.

2.Create trust within the team
Against advice from LOCOG, Danny showed the volunteers the model of the ‘green and pleasant land’ opening sequence of the show, and explained how that section would run and where we would come into it. He asked us not to use social media or give away the secret. Later on, during the final rehearsals, the Twitter hashtag #savethesurprise (started by a volunteer in response to leaked information) was adopted. Danny asked the audience at both rehearsals to ‘save the surprise’ and, in the majority, they did. By trusting people with a secret he created an atmosphere where no-one wanted to let him down.

2.Be clear on the vision
At our first rehearsal we were shown a short video of what Danny wanted to achieve for the Industrial Revolution section; it included CGI images of people marching and performing in time, chimneys rising from the ground, lots of grime and smoke and, surprisingly, the New Zealand All Blacks doing the haka before a rugby match. We were asked to think in terms of the strength and unison of the All Blacks team and their power when performing the haka. This served as a good reference point for our performance on the day.

3.Make sure everyone knows their place on the team
We spent a lot of time getting to know our place in the crowd – our ‘home base’. We played a number of games running from one section to the next and returning to home base. We were encouraged to learn the names of those people in front, behind and to each side of our place, to help orient us. When we were divided into ‘counties’ later in the rehearsal process, this continued – we had ‘buddy lines’ and learnt the roles associated with that place.

4.Use a common language
The great majority of the performers were not from theatre backgrounds so a lot of terms of reference were new. Our producer, Steve, would explain what they meant and we were expected to use the term and respond correctly – ‘field of play (the stage)’ ‘IEM (in ear monitor)’ and ‘vom’ (an exit from the field of play) soon become terms were we comfortable with. It was a useful reminder that speaking in acronyms and industry terms can alienate team members when used without explanation.

5.Communicate the plan
There were 15 weeks and approximately 150 hours of rehearsals, and we knew the dates (and most of the timings and locations) of the majority of these by the middle of January. That gave us six months to make our plans, arrange days off from work, and generally commit to the time required mentally, as well as in our calendars. Planning ahead meant that a seemingly impossible logistical task was able to go to plan.

6.Set expectations
At every rehearsal we were told the plan for the day, what we needed to achieve by the end, when our breaks would be and what time we would finish. We felt comfortable with the expectations, and a sense of achievement when they were met.

7.Reward commitment
We were asked to attend an additional rehearsal on the four-day Jubilee weekend, on the day of the Thames Pageant. This request came quite late in the proceedings when a number of the team had already made plans. Those people who attended that rehearsal were presented with London 2012 ‘ceremonies’ t-shirts. It was a great incentive, marked us all as ‘special’ and we wore them with pride at the following rehearsals. The rest of the team did not receive their t-shirts until a number of weeks later.

8.If things aren’t working – fix them
The first time we arrived for a rehearsal at the stadium, we were told that the sets of stairs that exited the field of play were too narrow. The production team had arrived before us, realised there was an issue and immediately arranged for the carpenters to rebuild the stairs: one set had already been fixed by the time we arrived and the rest were replaced before our next rehearsal.

9.Don’t be afraid of change!
Even with the end goal in sight, you can still adjust course to ensure you achieve it. At every rehearsal we received updated instructions on when to do our choreographed moves, how many sets to do and at what times. The instructions changed right up to, and during the Opening Ceremony itself. This final ‘tweaking’ made a better experience for the audience and for us. Because our trust in the leadership and its decision-making had been established early, we felt confident in our ability to deliver on the requested changes, and knew that we would be appreciated for our efforts.

There aren’t many projects that would create the same logistical challenges (not to mention people-management) of the Opening Ceremony. But the lessons from this amazing event could definitely improve teamwork and project management even in the smallest company.