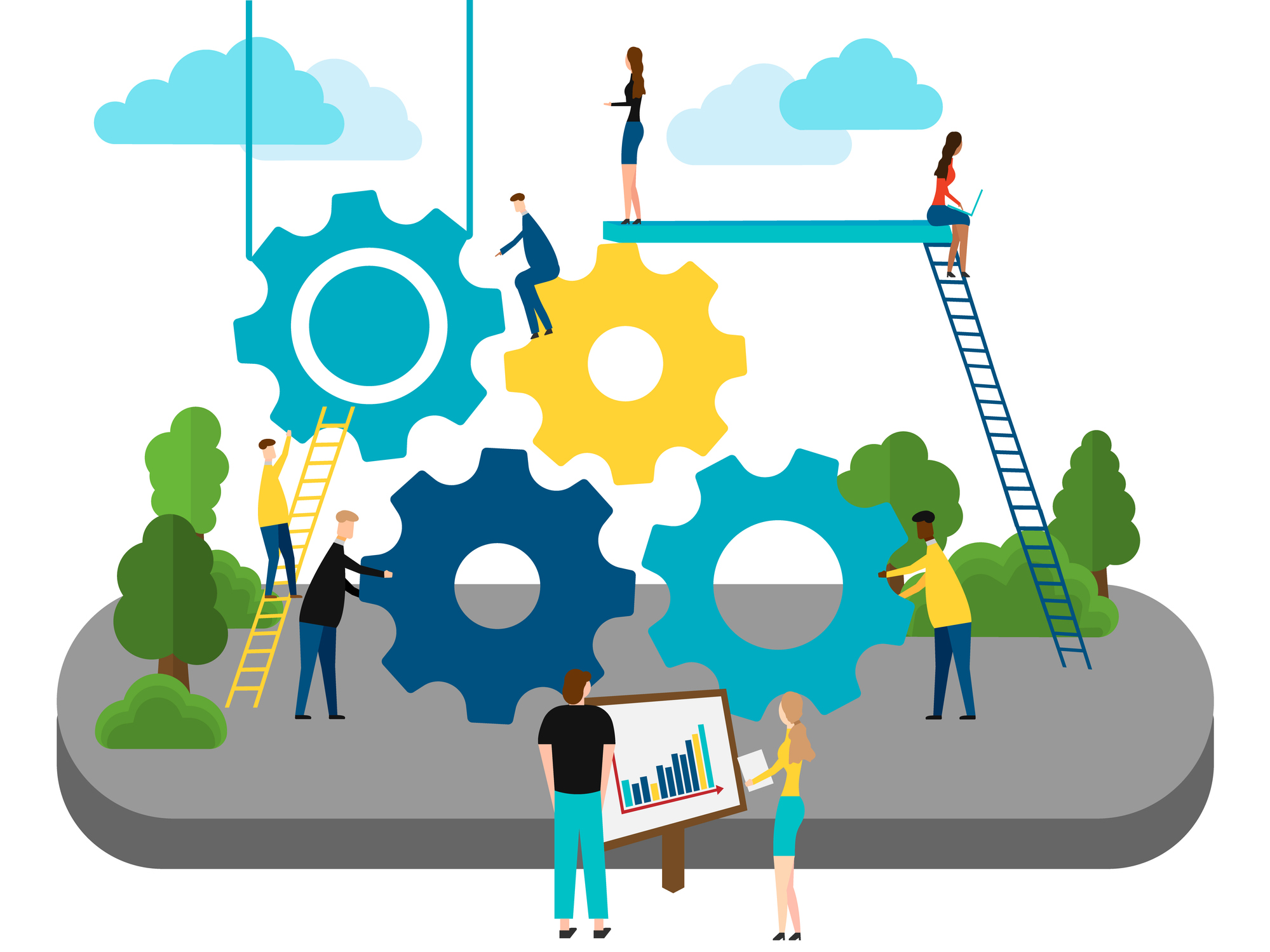 Budgeting is now out of the way, but what next?

In our previous article we talked about budgeting, what it is, its principles and some of the processes that are used. In this article we talk about the next part of the annual planning cycle, which is forecasting and even reforecasting!

Taking a step back

Budgets are predictions based on the best information available at the time, both historic and about the future. In other words, a budget is an organisation’s best ‘guesstimate’ at a financial plan, at that time and is based upon both facts and assumptions.

A strong piece of advice from experience when building any budget plan is: DO NOT inflate your projected revenue to justify your costs! Unfortunately, this can be a common trait in organisations that do not put rigour into their budgeting process. We will see the consequences of this later regarding forecasting.

In your personal life, for example, this would be the same as assuming a pay rise, promotion or bonus will happen, thereby increasing your take home pay, and on the back of this buying a new car or increasing your fixed expenditures in other ways. If the increased pay doesn’t happen, things, as they say, ‘end in tears’.

Why forecast and reforecast?

Forecasting and reforecasting is in effect an organisation calculating and recalculating, probably monthly, what it is going to achieve financially for the half-year and final full year results. This process should take into account the organisation’s current performance plusany new factors (internal and external) that were not part of the original budget calculations. Doing this to the best of their ability and to the satisfaction of their major stakeholders can be key to the survival of the executive team and CEO and, if a listed organisation, it can have a considerable impact on the organisation’s share price.

Armed with its agreed budget of revenue and costs and ultimately desired profit (referred to as ‘changes to net assets’ for not-for-profit companies), an organisation will build its Profit and Loss account (P&L) for the year. For most organisations this is presented as monthly figures which can then be used for performance tracking, forecasting and reforecasting.

Budgeted monthly costs and revenue can vary considerably depending on what an organisation does. For example, if it is in retail, food and clothing sales revenues will normally peak in December along with costs such as extra staffing and vehicle delivery. In January, revenue will drop off the edge of a cliff and hopefully costs will be greatly reduced as well! Government funded organisations will normally see monthly income being far more predictable, although of course prone to any government cuts in challenging times.

In this example the financial year begins in April and the actual delivered figures for April, May and June (first quarter) are shown, with the remaining 9 months of the year still within the original budgeted figures.

Adding these 12 months gives a projected forecast for the year (Column A) and is shown versus the original budget (Column B). Added to this, as an additional comparison, are the actual year-end figures for the previous year (Column C).  This continuing process allows organisations to predict their half-year results initially and as they progress through the year, the annual results.

As you can see, this organisation was slightly ambitious at the beginning of the year, and total revenues are already £3.064m behind budget after 3 months’ trading, so something needs investigating (Column B Total Revenue minus Column A Total Revenue).

Now if forecasting were that simple, everyone would be happy!

If we look at the last 15 years, we can see that there have been a significant number of events that are outside of the control of most, if not all organisations. For example:

Many of these will have impacted your own organisations in one way or another, resulting in the need to reforecast.

Variance analysis is a technique designed to understand and identify problems and trends supported with corrective plans and actions. To do this, we have to dig further into the P&L detail. For example, the table below allows organisations to identify positive and negative variances monthly and year-to-date, enabling the organisation to take whatever action is necessary.

Having an analysis like this allows an organisation to identify the variances in any specific month and compare them with the YTD (year-to-date) figures. This allows the organisation to establish if this is a one-off or part of a concerning trend. If it is a negative trend, the organisation can explore what actions it might need to take to try to reverse the impact. Similarly, organisations may decide to act if they see positive variance trends. They may decide to increase production, employ more staff or explore new markets.

In today’s climate, it will be like the tale of two cities – i.e., those organisations deeply and negatively affected by COVID-19 such as shops, hospitality and the tourist industry, as opposed to those prospering from COVID-19 such as on-line companies, home deliveries and some of the pharmaceutical businesses. The former will be potentially looking at alternative revenue streams and cutting costs, the latter increasing their costs and resources to maintain positive service delivery.

In your personal life, it is like looking at your bank statement and discovering less in your account than expected, or even worse you have gone into overdraft. You would want to establish why this has happened – for example, identifying and investigating any larger bills than normal and, if so, are they explained as a one-off? You may also check that you have been paid what you expected to be paid or whether your salary hit your bank account later than expected.

If you establish that whatever has happened is a one-off month, explainable and unlikely to happen again, then you might ignore it. If, on the other hand, you decide it is not a one-off you may start looking more closely at previous bank statements to discover any trends.

If a negative trend is established, you will need to decide what to do, such as going out less, reducing holidays or going on cheaper ones, using the car less and reviewing other costs such as car insurance or home and contents insurance. If the issue is a reduction in income levels, you may decide to push for a promotion, pay rise or a higher grade with higher salary. In the extreme, you may look for a better paid job or even an additional job.

On the other hand, if your bank statement is more positive than expected and you see this as a trend, we rarely have difficulty in spending more and raising our standard of living!

Reforecasting is simply the changing of future months’ original budget figures based on current trends and evidence.

Following every actual month’s figures, organisations will be able to monitor whether their actions to increase their revenue or decrease their costs brings them any closer to their original budget or to any amended forecast. The continued use of a monthly and YTD variance analysis can assist in reforecasting the remaining months of the financial year, if considered necessary. Following a regular review process should help ensure acceptable predictions are made for the organisation’s half-year and final year end results.

The very last thing any of an organisation’s shareholders, owners and stakeholders expect is a ‘shock’. If the financials are going in the wrong way, companies give profit warnings. Similarly, if things are going much better than budgeted, the interested parties also need to know to make their own decisions.

Failing to provide timely, accurate information is not good management practice. It shows poor financial management controls and leads to loss of confidence in the senior management and executive team even if the numbers are positive.

During times of rapid change, accurate and timely forecasts have become even more important and will be happening within your organisation. Clearly, this adds to the pressure and sometimes survival of your executives and is in addition to their normal day job. On the other hand, nothing is more motivational and satisfying than turning an underperforming organization around.

How can the Executive Assistant help?

As an Executive Assistant you can keep your ears and eyes open. Your executive will be focusing on the big ticket KPIs (Key Performance Indicators) and budgets, whereas you may be closer to and hearing what is happening.

Perhaps sales are making noises that things are not as great as they should be or you are aware that some projects are overrunning on costs, but your executive has not yet been told. When you see negative trends and variances happening, do not be afraid to highlight this to them. It would not be the first time an executive has missed a trend whilst the senior team are overly optimistic that things will recover without any further required actions. They generally do not!