Why Women Need to Help Other Women Succeed 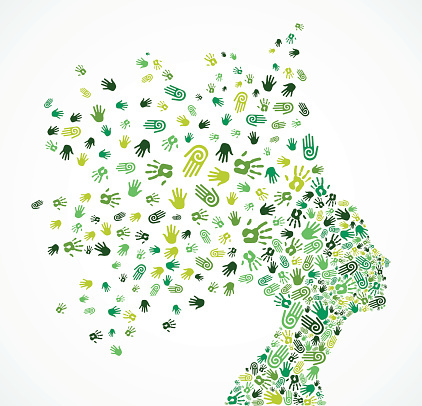 “There is a special place in hell for women who don’t help other women.” Madeleine Albright, former United States Ambassador to the United Nations

This famed 2006 quote from Madeleine Albright to the Women’s National Basketball Association expresses what so many women feel and eleven years later it still hits a nerve.

Our modern workplace is complex and changing by the millisecond. Input comes from every direction – not only from our managers and co-workers but also virtual colleagues, friends, family, and the relentlessly proliferating social media platforms. Given this landscape, does anyone really have the surefire fool-proof road map to guaranteed success?

What I do see is that women now comprise more than 50% of the American workforce and more women than men are earning college degrees. In addition, more women than ever before (including former Executive Assistants like Ursula Burns of Xerox) are joining the ranks of leadership in both companies and governments. Regardless of what you think of her, it was a very big deal for presidential nominee Hillary Clinton to have gone where no woman has ever gone before. Another glass ceiling is broken. My sincere hope is that other women are inspired to run for office and that they are strongly supported and celebrated by other women as opposed to being torn down. There is much at stake in the 2017 landscape.

It is important to note that this issue is not about women vs men. We should be on the same side working towards equal pay and fair maternity/paternity policies. After all, don’t men have mothers, wives, daughters, and sisters? The very best outcome will be when both genders can be mentors for one another and work together in partnership and collaboration. However, we still have much work to do.

If the Women’s Marches that took place on January 21 not only in Washington, DC but all over the world are any indication, it seems clear that women are wide awake and eager to share their opinions on issues that matter to them in the workplace and in their homes. Men were marching right alongside them too which is very good news.

In my work speaking and teaching all over the world, I understand Madeleine Albright’s concern and see the issues between women everywhere I go. When Sheryl Sandberg, COO of Facebook, appeared on the cover of Time Magazine in 2013, the headline was, “Don’t hate her because she’s successful.” This idea alludes to one of the points in her groundbreaking book “Lean In” which is, that the more successful a man is, the more he is liked but the more successful a woman is, the less she is liked. This reality is chasing talented women away from powerful positions because they feel ostracized, ridiculed, and alone. Worse, the situation discourages talented women from even trying in the first place which accounts for the low numbers of female CEOs.

As women, a bright future means liking and strongly supporting successful women and doing it openly, proudly, generously, and without apology.

Here are 10 reasons why it is a no-brainer for women to reject the old stereotypes and for women to help other women succeed at every level.

Read the news to see our world that is filled with strife and one tragic story after another. As Madeleine Albright said recently, “To put it mildly, the world is a mess.” As natural leaders, women are quite used to handling messes and we happen to be really good at it.

Sometimes women express their frustration to me about another woman behaving badly. My response: We didn’t get here in a minute so it’s going to take a while to get us out of this situation. Every day we have a choice to be mentors and role models and cheerleaders for other women.

I believe in the magnificent power of women. Let us help one another to continue the work of Madeleine Albright and make her proud of us.

One comment on “Why Women Need to Help Other Women Succeed”