They Speak. But Who is Listening? 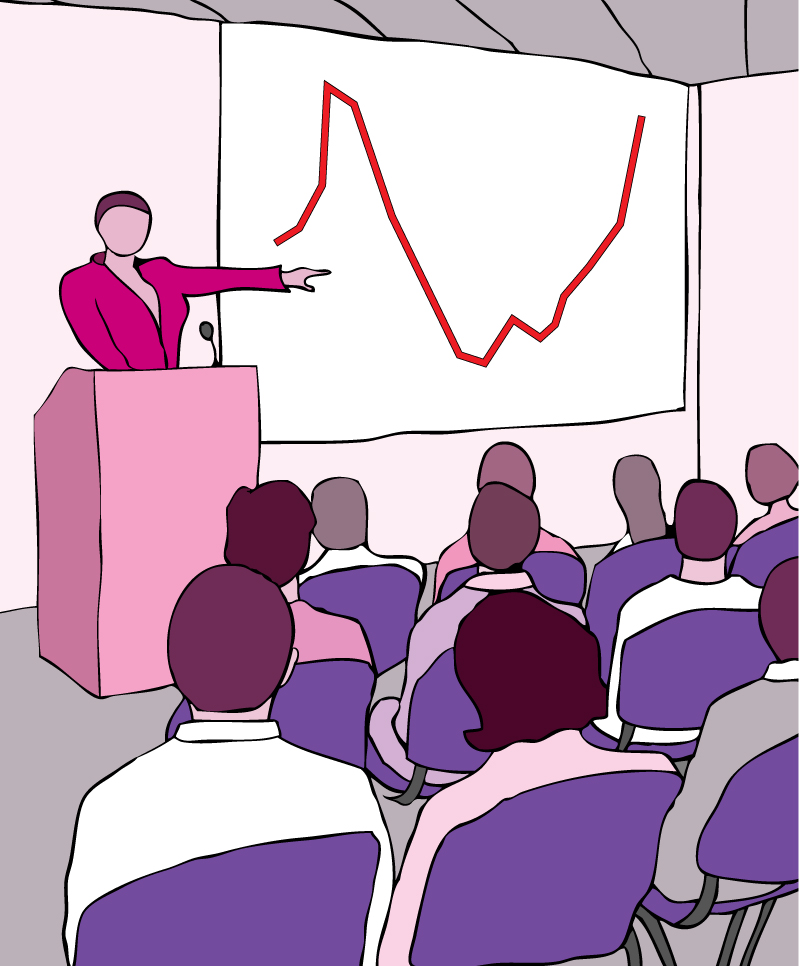 We’ve previously looked at the task of choosing and booking a guest speaker. It should be an enjoyable and rewarding process with great results. But one factor remains important for every event and, I would say, is frequently overlooked or “kicked into the long grass” when a hurried decision is made.

Having worked with professional speakers of all levels for more than 20 years, I can confidently say speakers will always ask me who will be in the audience. They need to know at what level to pitch their speech and, if they’re writing a speech from scratch (as many of the best do), they need to know what to include and what to leave out.

Are there topics to avoid – either because of internal politics or maybe for cultural reasons? Are there hot topics or key messages which the CEO or sales director wish to communicate, or which can be better said by someone from outside the company?

When all the details have been considered, the speaker may decide that they are not the best person to accept that booking, and decline. One speaker, whose father had died from lung cancer, was asked to give a keynote speech for a tobacco firm and, understandably, felt unable to accept. Other examples include an environmentalist who did not wish to give a speech in support of the petrochemical sector.

It’s the same for you

Whether it’s your global sales conference, a product launch, lunch for a few key clients, or having a world-class Olympian on the platform – it’s always important to know your audience.

If you have to give a presentation, surely you want to know that you’ve pitched it correctly? You wouldn’t use the same speech for 20 directors of a FTSE-100 security firm as you would for a School Speech Day and Prizegiving. You’d not want to waste hours preparing and rehearsing, only to find out that the audience dynamic is radically different from what you’d been expecting. You’d feel uncomfortable if you knew that you’d not hit the mark. Professional speakers are no different.

It is true that some speakers tailor their speech for you, whilst other will “top and tail it” with an apposite sentence, suitable for your audience. If you’re not sure who does, and who doesn’t, please ask. There is no such thing as a “standard event” or a “standard audience”. The majority of international conferences and business meetings are conducted in English, but don’t assume this is the case.

The person enquiring about a speaker may not know who the audience is intended to be, especially if the enquiry comes via a third party, such as a professional event organiser or event planner. But they should be able to find out. Inviting guests by invitation makes it even harder to guess who will come and whom to choose to entertain them.

Clients often ask if we have heard speakers “live”. In most cases, we have. Unlike some of my competitors, I don’t choose speakers from a list and cross my fingers, hoping they’ll be OK on the day. We travel extensively to hear new and up-coming speakers, many of whom (sadly) turn out to be not as good as their glitzy websites promised.

I recently attended an international conference with delegates from more than 40 countries. I’d been invited to hear a new speaker who might be suitable for many of my clients. In fact, he was. Very suitable. Humourous, interesting and a very good speaker. My UK-based clients would enjoy hearing him, and learn from him and I was very impressed with his style and manner. But, listening to a number of delegates discussing their day over dinner that evening, I realised that some of the very good jokes were incomprehensible to people from countries where the products used to illustrate key points just don’t exist.

For some guests, English is their third (or fourth!) language and they found it tricky to catch all the nuances of a fairly fast-paced speech. They may have missed some of the excellent and thought-provoking content. Luckily, the presentation included great photos and some really good music so they managed to understand most of it….

One recent example is of a UK-based TV presenter who is well-known for broadcasting the news, including difficult stories of human suffering, with diplomacy and care. He’s also a keen advocate of the beautiful British countryside. His speech, to 800 ladies of the Women’s Institute, was pitched perfectly. It was engaging, funny, wide-ranging, and touched on many topics which were of interest to his audience of all ages, from the Royal Family to the recent floods, protecting wildflower meadows, and what it was like as a pioneer of a new type of television with a very small crew and virtually no money. Technical gremlins are the bane of my life and, when his lapel microphone refused to stay attached to his jacket, he simply carried on. So many people wanted to meet him afterwards that our main problem was enabling him to leave the venue on time for his next appointment – but he stayed longer than expected and won many new fans and supporters. Feedback, as you’ll have guessed, was 5-star.

Another major firm invited a rugby “great” to speak after dinner. The dinner was a little delayed so the speaker started speaking later than planned, and spoke for perhaps longer than anticipated. Hospitality was generous. The principal client, a huge rugby fan, was delighted. But I wondered about the 200 people in the room who were not passionate rugby fans? The old saying applies “You can’t please all of the people all of the time.”

You cannot be serious!

One particular story remains firmly in my memory. My client, after carefully considering their very senior international audience, asked especially for a “female, strong, international politician who was globally recognised”. In the days before Angela Merkel, Dr Condoleeza Rice and Hillary Rodham Clinton, that really meant one person – Margaret Thatcher. She was my first thought and she was the lady they wanted, too. I worked long and hard to send the invitation to Lady Thatcher for her consideration.

But, before we received her response, my client phoned and told me they’d had a great idea. “Why don’t we invite Lenny Henry?” they asked. Lenny is a very fine actor and comedian, and hugely well-known and respected, but even he would acknowledge that he doesn’t fit the description they had explicitly given. In the end, they could not decide between themselves what they wanted, so their CEO gave a brief overview of the company’s previous quarter. I can’t help thinking that they’d missed an opportunity to impress their clients whom they’d flown in from around the world.

A Masterclass on how to get it right

In April 2014, I hosted our second “Dinner for Wonderful Women”. The audience is – no prizes for guessing – ladies, of all ages and interests. I didn’t know who’d buy the tickets, and many ladies bring guests from all over the country, so there was no way to give our speaker a truly accurate description of the people who’d be in the room. I’d chosen Christine Hamilton as our guest speaker.

From years of experience, Christine understands the importance of knowing her audience. She arrived early, met guests at the drinks reception, and circulated round the tables at dinner. I’d asked her to speak after dinner for 15-20 minutes about “Why women are wonderful” and to tell us about some of the women she interviewed for her book about so-called “battleaxes” (aka strong women). These included a wide variety of world-class women from Lady Thatcher, Mother Teresa of Calcutta, Cynthia Payne and Dame Barbara Cartland. Christine had drafted some ideas before she arrived but, having met the guests and learned about the charity we were supporting (for girls’ education) she changed and amended her speech during dinner to fit the audience and the occasion.

The result was a masterclass of polished, confident speaking, perfectly aimed at entertaining this particular audience. Applause for her was loud, long and generous, and we could have listened to her for ages. The dinner was a great success, we raised more money than we’d dared to hope, and our dinner was featured in the Daily Mail. Now the challenge is… what do we do next year?”

Be a Lean Assistant Using the Poka Yoke Approach