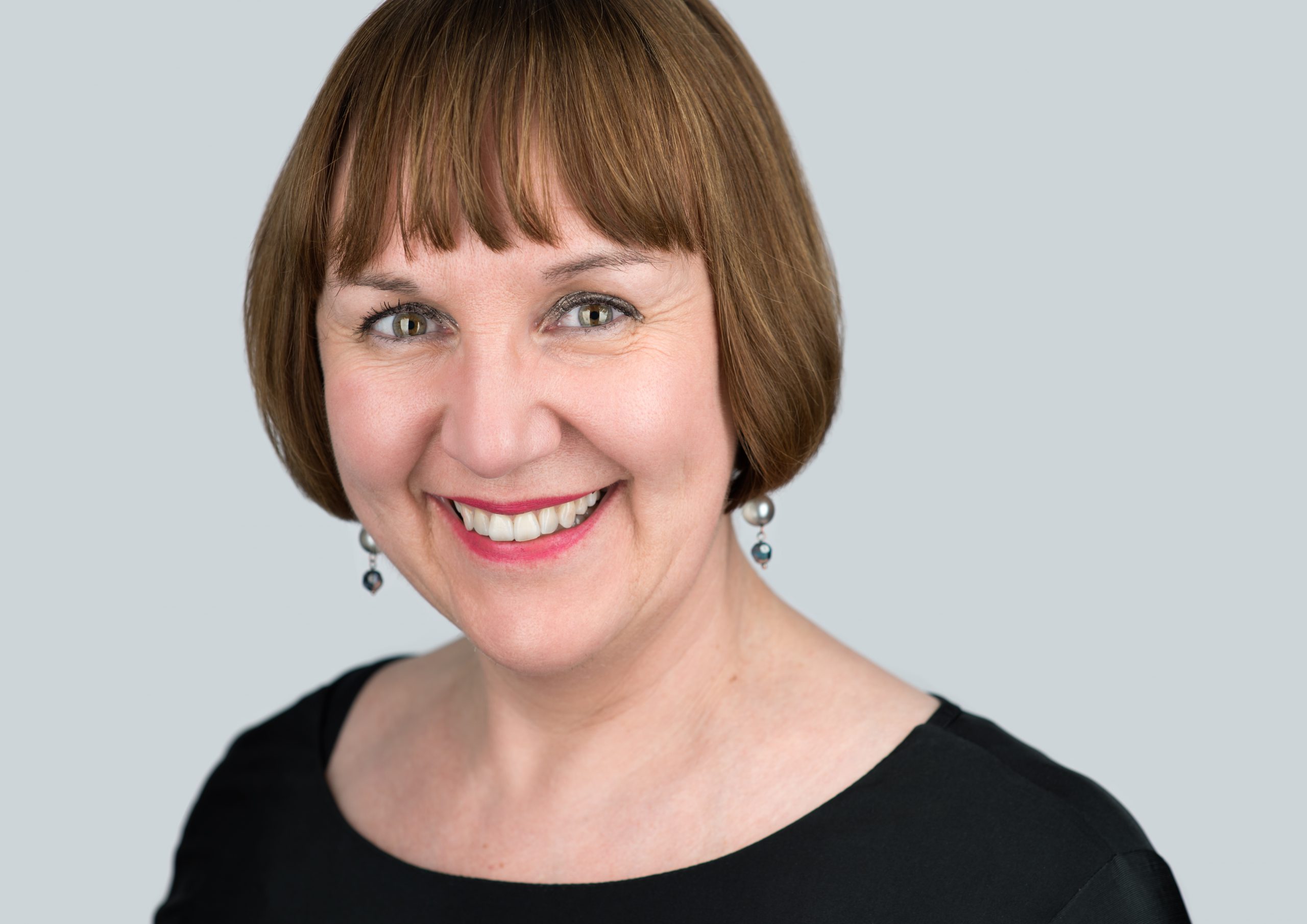 I am originally from Auckland, New Zealand although I now call London home. I am the Assistant to the Chief of Staff at Crossrail, a new railway for London and the South East, and I am now also the Editor of Executive Secretary Magazine.

I was born and brought up in Auckland, but as my mother was born in England, we’ve always had a strong connection to the UK. I studied travel and tourism at Auckland University of Technology and then in my second year became a management trainee at a large wholesale tour operator. I spent 6 months working in each area of the business, whilst continuing with my studies. That experience gave me a great grounding in business and administration which I’ve never forgotten. I then moved to a sales and account management role in another company, but was made redundant after a year.

Being made redundant turned out to be a blessing in disguise as it gave me the impetus to embark on my OE (Overseas Experience – the Kiwi equivalent of a gap year) and move to London – originally I wanted to stay for five years and then return to New Zealand, but I’ve been here a bit longer than that now! I have been home twice for extended periods of time to work and reconnect with family, but I keep getting drawn back to London. I’ve had some amazing opportunities living and working in London and there is a large expat community of New Zealanders here so I don’t get too homesick.

I had been in London for a while and had administrative roles at a training firm and then a tour operator. I decided that I wanted to work in the City, as that was missing from my resume. I went to interview for a temporary position with a recruitment agency called Jonathan Wren and ended up being offered the role of Office Manager at the agency. It was a great role, but as the company grew the role grew too. The Managing Director offered me the choice of moving into the role of his PA, or staying in the role of Office Manager. I jumped at the chance to be a PA and it went from there. Moving to a PA role meant that I had a chance to use the business and administration skills I had learnt in New Zealand, and to shape the role to my strengths. I’ve used that approach with my subsequent PA roles.

You are now the Editor of Executive Support Magazine, how did that come about?

I have been a subscriber to the magazine from the first edition back in 2010. From Jonathan Wren, I went to work for UK Power Networks in their London 2012 project team; I was the only senior administrator in our office on the Olympic Park. I missed the camaraderie with other assistants and felt a bit out of my depth on such a massive project. I subscribed to the magazine to get some much needed training and then saw that Executive Secretary would be exhibiting at the Office* show in London. I jumped at the chance to meet the team in person and to meet other assistants through the networks and associations that were exhibiting. I met Lucy Brazier, Sue France and Adam Fidler all on the same day. Adam and Sue were representing EUMA, European Management Assistants, which I joined on the spot – and I have been a member ever since.

I wrote my first article for the magazine in 2012. I had been a volunteer performer in the opening ceremony of the London 2012 Olympic Games, and had seen a piece in a newspaper that had been written by another volunteer. My immediate thought was “I could write a much better article than that”, so I emailed Lucy and asked if she would take a submission from me. My first article was entitled “Nine Management Lessons from the London 2012 Olympic Games”.

I’ve written on and off for the magazine since then, but in the last 12 months Lucy has mentored me with my writing. She has pushed me to write more regularly and challenged me to write longer articles, which culminated in my last article being the cover of the March 2016 issue. When I heard that the role of Editor was open, I really wanted the opportunity but didn’t think I had the right experience. I saw Lucy at a networking event and just blurted it out. I was really surprised when she said Yes! The Executive Secretary team have been incredibly supportive (and very, very patient) and the members of our community have been very welcoming and enthusiastic. This issue is the first one that I have edited; it’s been a massive learning curve, but really exciting at the same time. I hope you like it!

We are all so rushed and busy now. It is a constant struggle to maintain concentration and not be distracted by all the bells and whistles and latest gadgets. We are all expected to do more with less and to do it more quickly! Some sections of the media seem insistent on replacing PAs with technology, but these articles are written by people who have never had a PA. Any executive with a PA always states how their working lives have been enhanced – Richard Branson wrote a Linked In article entitled “Things I Carry: Smart Phone? I Prefer a Brilliant Assistant.” The first line states “I couldn’t get through the day without my assistant”. No matter how good the latest technology may be, we all crave human interaction and relationships built on trust and mutual respect. The best Executive-PA relationships have that.

However, I also believe that big companies are beginning to move to a two tier system of assistants. Our roles are dividing into one-on-one executive assistants – acting as strategic business partners – versus the modern day equivalent of the “typing pool”; a group of administration professionals who provide diary and travel management to a number of executives, in a reactive role with limited autonomy. In response to this trend, it is great to see that we are beginning to take ourselves seriously as profession; to own the skills, knowledge we bring to an organisation. We have stopped saying “just a PA”. Long may it continue!

Victoria Darragh, CEO of Executive & Personal Assistants Association (EPAA) and a former PA, used to talk about needing to replenish her “PA Mojo”. I completely understand that, as I get my inspiration and motivation from others in our amazing global community of assistants. I love the fact I get to learn from and meet world class trainers and speakers at Executive Secretary Live, Office Show and other events. I am inspired by the stories and achievements of my fellow assistants and the generosity of spirit when we pool our knowledge and help each other.

I love learning new things and I am a voracious reader of business and self study books. I love the fact that there are more women authors in this space now, such as Sheryl Sandberg and Arianna Huffington, and that we have books for administrative assistants – from authors such as Sue France, Julie Perrine, Bonnie Low Kramen, – the list just keeps growing and growing. These are books are written for us, by people who have been us, and truly understand the complexities of our role.

I cannot stress how important that is. After all, if you are not willing to back yourself, why should anyone else? Join a PA network and an association and invest your time in attending events, meeting other assistants and sharing skills. You will have something to offer that someone else needs.

Read your company literature, investigate the company website, make notes and ask about anything you don’t understand. By understanding your company, you will gain a better understanding of the demands on your Executive’s time and help him or her make better decisions.

3. Observe the inner workings of the management team

Learn about different business personalities, methods and leadership skills. Read articles and books and see if you can identify these methods in your own company. Watch how the best members of the team present their ideas and try and emulate that approach.

If you need training, ask for it, but be smart! Use the business case approach that you have observed and apply it to yourself. Be prepared to negotiate for what you want and persevere.

5. Make time for yourself

There will always be too much to do (after all, if you finished all your tasks, you wouldn’t have a job). Take your lunch breaks, your vacation time, and turn off your phone!

Regardless of whether you “fell” into the Assistant role or actively chose it, know that this can be the start of a wonderful career, with great opportunities and a great community of people.

So what’s next for Kathleen Drum? Where do you want to be in five years time?

Having only just started as Editor for Executive Secretary Magazine, I would like to think that I will still be doing this in five years time! I want to help grow our profession, to play a part in increasing our skills and knowledge – both at an individual level and as a wider global community. As a PA, I would like to think that I have a fairly good idea of the type of articles and training that we need, but I am always open to suggestions. Please, if you have any suggestions, email me at editor@executivesupportmedia.com.

Finally, I want to encourage you all to invest in yourself and share your story; the world needs what you have to give.