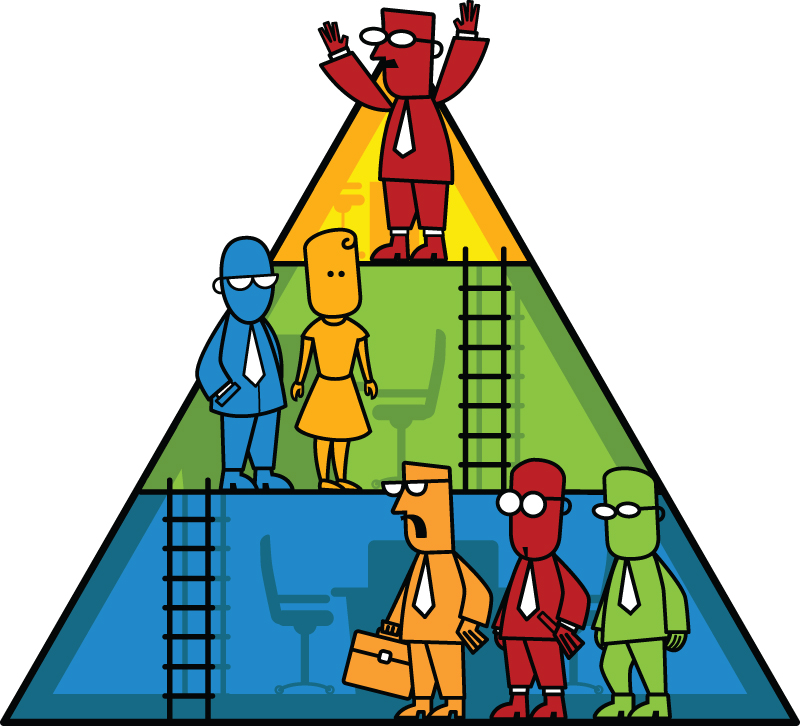 Judy Geller introduces the administrative professional of the future

Today’s administrative professional is not the “office worker” of yesteryear.

In fact, “she” is not the administrative professional of five years ago. Increasingly, the job is held by a man. However, the shift in responsibility and required skills is the big news.

“My own role has grown from more general team and management support to more of a business partner. Over the past couple years I have been empowered to make certain decisions on my own. Having strong business management and project management skills seems to be the direction more roles are moving towards,” says Jeni Tocol, a business administrator at Microsoft, the world’s largest computer software maker.

Indeed, when it comes to business expenditures, administrative professionals increasingly have authority. APC attendees’ purchasing responsibility across all categories, including approval and authorization, nearly doubled from 2008 to 2013.

“In today’s business, administrators are taking on roles more similar to a management level employee. In addition to their clerical and office management skills, they are required to manage budgets, give business presentations, be innovative with business solutions, and are more frequently required to have some type of a college degree,” says Lisa Luckey, an administrator with consumer goods giant Procter & Gamble.

There is also new emphasis on teamwork. In the past, an administrative professional reported to and interacted most frequently with one manager. Today, she or he may still have one official boss but is more likely to interact regularly with a team – and may even supervise the team.

Make no mistake: these are not symbolic titles.

“The admin professional is being utilized to manage projects, manage direct reports and even make decisions on behalf of their executives on a more routine basis,” says Jen Bogle, an administrative assistant at The Kroger Company, one of the world’s largest grocery retailers.

And with or without a title that accurately reflects the job function, the role has changed.

“We are no longer the 9-5, type a memo and answer the phone secretaries we once were known for. We are now the business partner to the executive and teams we support in which most cases is assuming the role of project manager and chief of staff,” says Christopher Whibley, an executive assistant at Elsevier, a leading provider of health and science information. But why the shift, and why now?

The role of the administrative professional has been impacted by three drivers of change: the recession and its aftermath, evolving technology, and an improving economy.

The recession and its aftermath

It’s worth recalling how the fallout from the Great Recession took its toll on organizations. The economy lost 8.4 million jobs in 2008 and 2009, including many middle manager positions. Yet, even as the economy began to show signs of improvement in 2010, manager jobs did not rebound. In fact, for 2010, “managers” was the occupational category with the biggest job losses, according to the National Employment Law Project, a non-profit research organization, which tracked job gains post-recession.

Other research from the National Employment Law Project suggests managerial job growth has remained slow. The majority of new jobs created through 2012 were in lower-wage occupations, in other words, not managers.

There has been a lot of talk about organizations making do with less staff, which has become the new reality. Redistribution of work hasn’t only affected remaining managers. In many instances, flatter organizations have meant administrative professionals have taken on greater responsibility.

“The requirements for administrative jobs have expanded in recent years and this shows there’s a trend towards employers seeking versatile administrative professionals who can ‘wear many hats’ within an organization,” says Robert Hosking, executive director of Office Team, a Robert Half company and leading staffing firm specializing in placing office and administrative support professionals.

At the same time, increased use of technology, including mobile technology and the proliferation of social media, has placed new demands on organizations. Constant connectivity has created a need for more frequent communication. It has also accelerated decision-making, resulting in a more dynamic and faster-paced work environment.

Social media has added new dimensions to the mix, making it almost a mandate for organizations to maintain communication on multiple channels with the world at large. Navigating this changing technological landscape requires time, effort and know-how. Not surprisingly, organizations are turning to administrative professionals for assistance – and hiring new admins with attention to these skills.

“A strong understanding of Microsoft Office applications remains in demand, but businesses are also starting to seek administrative professionals who are familiar with social media,” says Hosking. “In some cases, support staff may be involved in monitoring and responding to customer feedback on sites such as Facebook, Twitter, LinkedIn and Google+.”

Social and mobile technologies have contributed to a faster-paced work environment, but so has an improving economy. Amid fierce competition, organizations are positioning themselves, often with limited managers, to take advantage of growth opportunities.

“As the economy improves and workloads rise, companies need staff who can thrive during change and who are adaptable enough to jump in to help even if it’s outside their traditional job description,” Hosking says.

That staff includes multi-skilled administrative professionals, and there appear to be no shortage of job opportunities for these individuals in the foreseeable future.

Perhaps not surprising, the largest increase, from a percentage standpoint, 39 percent, is projected in the medical field, as changes in healthcare place greater demands on medical practices and other providers of healthcare services.

As might be expected, salaries vary greatly from position to position, depending on employer size and geographic location. Even so, the 2014 Salary Guide from OfficeTeam suggests an overall positive trend with regard to pay. OfficeTeam’s year-over-year salary projections 2014 vs. 2013 for 62 administrative professional positions average slightly above the 2.9 to 3 percent projected for jobs across all industries in surveys conducted by Towers Watson, Buck Consultants, and Hay Group. On average, administrative professionals can expect to see a 3.3 percent salary increase in 2014.

As far as salary increases, administrative professionals are faring slightly better than coworkers in other jobs, which is good news, given that in recent years admins have assumed greater responsibility.

The need for skills development

Be that as it may, a recent OfficeTeam survey of HR managers in North America finds that less than half of organizations, 46 percent, currently offer or plan to offer subsidized training for administrative professionals in the next 12 months.

Meanwhile, when it comes to technical expertise, there’s no disputing it’s a job requirement—and that a training gap exists. A recent ASAP poll asked administrative professionals what percentage of their workday is spent using Microsoft Office applications. An overwhelming majority of admins, 85 percent, spend between 61 and 100 percent of their workday using the software.

Nevertheless, when ASAP asked admins to rate their level of expertise using Microsoft Office applications, only 13 percent say they view themselves as expert – despite the fact that many admins are considered the office tech guru.

An APC survey finds administrative professionals use a wide range of technologies and platforms, including collaboration and communication tools such as FaceTime, Skype and SharePoint, among others.

“Technology has become such a focus of our world; it is critical to keep up,” says Sarah Meineke, an administrative assistant at Procter & Gamble, who acknowledges that she’s among those seeking training on “how to be the ‘go-to technology guru’ of your office.”

There appears to be a widespread need for such training. Another ASAP poll asked administrative professionals about their primary method for learning a new technology, whether software or hardware. A majority, 58 percent, says they teach themselves, while another 10 percent say they search online.

Social media expertise is also lacking. “Much advertising is done through social media, yet we don’t really know what’s out there, let alone how to work with it on a day-to-day basis,” says Meineke.

ASAP research strongly suggests that today’s administrative professional, who has assumed middle-manager responsibilities, is striving to rise to the challenges of the position.

However, in order to more effectively contribute to the organization – and further its bottom line – the bottom line is she and he could benefit from additional opportunities for skills development.

Attending conferences geared toward administrative professionals, like the Administrative Professionals Conference (APC) and other events which feature a broad spectrum of training sessions on a variety of topics, is one way for an admin to expand her or his skill set. Indeed, a survey of APC attendees finds 94 percent of admins attended the 2013 conference for training.

Joining a professional association, like ASAP or other organization, also offers opportunities for skills development. ASAP, for example, provides its members with an array of resources, including articles, webinars, online training, a mentoring program and more.

For employers concerned about the cost of training, it’s important to note that many training opportunities for administrative professionals are available at low or no cost. ASAP membership, for example, is free.

The Need For Inclusion