Embracing a New Year of Change 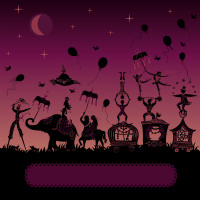 I read this humorous story not too long ago.

If the circus comes to town and you paint a sign saying ‘Circus coming to the Fairgrounds Saturday,’ that’s advertising. If you put the sign on the back of an elephant and walk it into town, that’s promotion. If the elephant walks through the mayor’s flowerbed, that’s publicity. And if you get the mayor to laugh about it, that’s public relations. “If the town’s citizens go to the circus, you show them the many entertaining booths, explain how much fun they’ll have spending money at the booths, answer their questions and ultimately, they spend a lot of money, that’s sales.” Being an agent of change can be like convincing the people at the circus that they need to spend their money.

As we prepare to ring in a new year, I am reminded me of the lyrics of the Bob Dylan song, The Times They Are a Changing, “If your time to you is worth savin’, then you better start swimnin’, or you’ll sink like a stone, for the times they are a changin’.”

Change in an organization is never easy – not even in good times, much less when implemented during bad times. So how can the implementation of change be seen as a positive opportunity, even when the change is not welcomed?

Allow me to explore with you what I call the Three A’s of Change as you seize the opportunities that it brings.

Accept the challenge of change. In his book, The Winning Attitude, John Maxwell shares the story of the man who lived by the side of the road, and sold hot dogs was hard of hearing, so he had no radio.

He had trouble with his eyes, so he read no newspapers. But he sold good hot dogs. He put up signs in the highway advertising them. He stood on the side of the road and cried, “Buy a hot dog, mister?” And people bought his hot dogs. He increased his meat and bun orders. He bought a bigger stove to take care of his trade.

He finally got his son to come home from college to help out. But then something happened. “Father, haven’t you been listening to the radio” his son said. “Haven’t you been reading the newspaper? There’s a big recession on. The European situation is terrible. The domestic situation is worse.”

Whereupon the father thought, “Well, my son’s been to college, he reads the papers and he listens to the radio, and he ought to know.” So the father cut his meat and bun orders, took down his signs and no longer bothered to stand out and the highway to sell his hot dogs. His sales fell overnight. “You’re right son; we are certainly in the middle of a big recession.”

Accentuate the positives of change. In order to do this, you have to shake off old assumptions that all change is bad. One thing is for certain, you’ll never move toward success if your attitude towards change is negative.

Adapting to change in the workplace, whether by necessity or choice, is not easy for some. We are creatures of habit.

In his book Survival Is Not Enough-Why Smart Companies Abandon Worry and Embrace Change, Seth Godin says, “Change is the new normal. Rather than thinking of work as a series of stable times interrupted by moments of change, companies must now recognize work as constant change, with only occasional moments of stability.” He added, “If you and your company are not taking advantage of change, change will defeat you.”

Appreciate the value of change. Appreciating change only works when people in your organization understand why you are changing in the first place. That is the task of good leadership. It reminds me of the time when Lucy was leaning against a fence with Charlie Brown. “I would like to change the world,” she said. Charlie Brown asked, “Where would you like to start?” She replied, “I would start with you!” A leader can’t change the climate of the organization if he hasn’t communicated the value of it.

When organizations choose the path of least resistance and are held captive to old-school thinking, then change will be difficult. Norman Vincent Peale said, “Change your thoughts and you change your world.” I trust that the change you experience in 2013 will be the beginning of something truly special. “