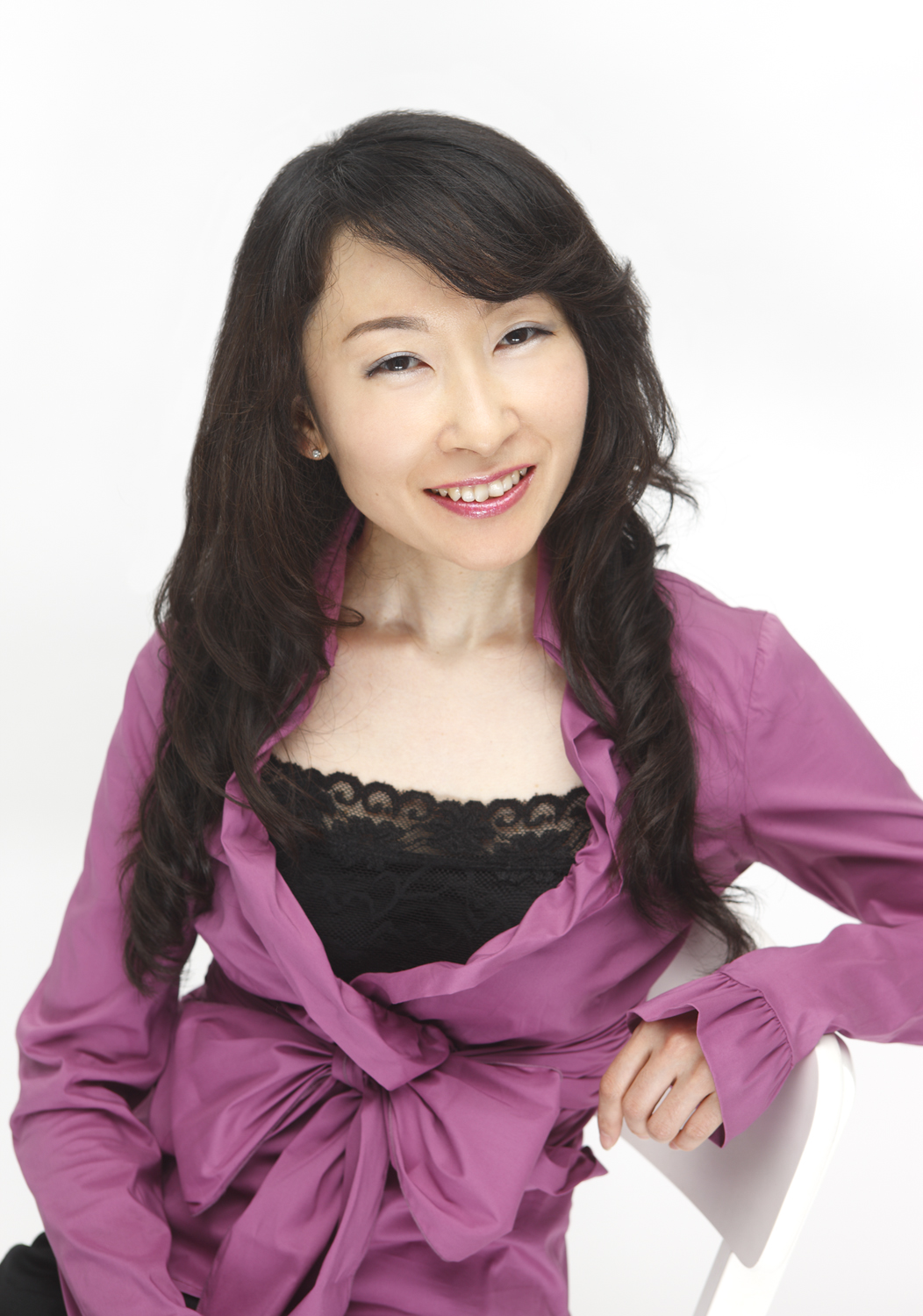 On March 11th 2011, Japan’s most powerful earthquake since records began struck its north-east coast, triggering a massive tsunami. Almost 28,000 people have been reported dead or missing and tens of thousands are still living in evacuation centres.

Executive Secretary and President of Japan Office Professional Alliance Kazuko Maruyama, shares her personal experience of how the day unfolded

I was at my desk working on a computer when I felt slow movement of the building at 2:46 pm on Friday, March 11th. Our company building, one of the landmark buildings in Yokohama with 36 floors, is earthquake resistant. I work in the executive office on the 36th floor. The earthquake initially started with slow, long movements like waves. First, I thought I was just dizzy. Even after I recognized that it was an earthquake, I kept on working for a while, believing it would stop soon as usual. This time it was different. Soon, the movements grew bigger like a pirate ship ride in an amusement park and we jumped under the desk. I saw a security monitor was shaking on the cabinet and heard kitchen carts sliding from side to side in the pantry.

This devastating earthquake was later named the “East Japan Great Earthquake” recording 9.0 magnitude (Shaking level 7). Yokohama is about 400km away from the seismic center, yet the Japan Meteorological Agency reported the shaking level was 5+. The first earthquake lasted six minutes, but I think the wildest part was 3-4 minutes. A horizontal cabinet with three drawers fell down on my colleague’s desk and it made her scream. Realizing that the first earthquake had stopped, my colleagues and I grasped handbags and cell phones, and escaped into the CEO’s office which is more spacious and has a television. I tried to make a call from my cell phone to my parents, but it did not work due to over-access by other users. Fortunately, desk phones with public telephone lines worked and I could talk with them. TV News immediately provided information about the scale of the earthquake and advised people to calm down and to stay in their buildings. A Tsunami warning was then issued, and people in seashore areas were instructed to promptly evacuate. From the office window, we saw black smoke drifting from a burning oil refinery complex in the distance.

Senior Management were having a meeting when the earthquake happened, but nobody came out of the conference room. Later, I heard from my boss that they stayed calm and continued the meeting even after the earthquake. They finally came out of the room around 3:40 pm and watched TV to get information. Then, to my surprise, they started another business meeting at 4 pm as scheduled. Since elevators were not working, attendees of the meeting from lower floors had to use stairs to go to a conference room.

A big aftershock occurred 30 minutes after the first one, but we were quite composed this time. Looking back, I am surprised that I was so composed that I had the foresight to take down an expensive Baccarat vase from my boss’ cabinet and reposition a painting hanging on the wall. Our Risk Manager called an emergency taskforce according to our company security plan. Our Administration Manager directed all employees to stay in the building. Hence, we kept on working for the remainder of the afternoon.

Around 7pm, elevators started to work and employees who could walk home were allowed to leave the office. Railways and subways in Tokyo and Yokohama were not operating until their safety inspection was completed. As I live in Tokyo, I decided to stay the night in the office. I had to go down to the ground floor to buy necessary items for the night. Shops were already closed except one convenience store and many goods were already sold out. The store was packed with people who also got stranded in the station or their workplaces around the area. Our Administration Manager distributed emergency food to all employees staying in the office (approximately 400 people stayed). The food was a type of flavored freeze-dried rice in an anti-heat plastic bag. The rice becomes warm and soft by pouring boiled water in the bag. Honestly, the taste was better than I expected and filled my stomach quite well.

The First Week after the Disaster

Office damage and injury – most of the office furniture is built-in; electricity and water supply never stopped in our building. Lateral mobile cabinets fell down in the annex building of our company. In that office, the cabinets were fixed only at the floor but they were not fixed to the ceiling, which made them weak against the earthquake’s motion. Some ornaments were broken and a marble panel in our elevator hall was cracked. No other harmful damage or injury were reported in my company.

Expatriates were asked by their headquarters to immediately leave Japan. They did not even have time for packing as they were asked to leave in just one day or even a half day. Our in-house travel agent was extremely busy trying to arrange flights for them. Some countries set up a government chartered airplanes for their citizens. Our foreign employees needed english information and support particularly to relieve their concerns about electricity supply cuts, train operation, nuclear power plant issues, and daily necessities shortages. Needless to say, bilingual secretaries took important roles to bridge such supports between English and Japanese. Planned visitors from overseas cancelled their travel to Japan. Now, the expatriates are gradually coming back and visitors have rescheduled their appointments for April.

Management held a strategic meeting about the disaster’s impact on our business environment. We needed to reinforce the brand image of “Japanese Safety and Quality” to the world, which shall be the common target for any businesses in Japan. A funding campaign was held in my company and 505,000 GBP was sent the Japan Red Cross.

We also discussed the mental health impact of the disaster. Tokyo and Yokohama recovered quickly, but the stress of hearing horrible news from northern areas, combined with concerns regarding radioactivity could easily have had a detrimental impact on mental health of our employees. Even if the effect is not significant, it may eventually reduce our motivation and productivity at work.

Electricity supply cuts have adversely affected commuter trains, computer servers, and electric appliances used in the office. Train customers were generally cooperative and patient even when they had to queue on dark, cold, station platforms for more than half an hour. A JOPA (Japan Office Professional Alliance) member reported that her company’s server center was in an area where the electricity was shut-off, but that it had not severely impacted their work as a result. Employees downloaded necessary files beforehand and kept on working with standalone PCs. Other JOPA members reported their companies’ factories or shops in northern areas were closed but their offices in Tokyo were fine. Like me, they had to stay in their offices or walk back home on the day the earthquake occurred.

This is a piece of practical advice for office professionals. Condolences and sympathies should be expressed as soon as possible as JOPA members agreed that prompt, warm messages from business associates or friends exemplified their sincerity and care for us. In Japan, people in difficulty tend to assume the timing of when the message was sent correlates with the depth of their honesty. Presumably, Japanese people appreciate such gestures more than the people with other cultural backgrounds and remember them for a long time. Send your and your company’s goodwill message within five days … the sooner, the more impressive.

Since the earthquake, Japanese people have been receiving disaster relief teams, donations and prayers from overseas. We are proud of the messages from overseas expressing their admiration for Japanese people’s patience, courage, and discretion under adverse circumstances. In recent years, Japan was losing confidence – confidence in our economy, our strength, and our cultural identity. I personally have a positive view that Japanese society may regain its confidence by sharing the same goal of rebuilding our country – a New Japan. By sharing the same difficult experience, I feel company members deem themselves a whole team. They are more likely to offer help, accept cooperative effort, and seek breakthroughs for common problems. In a state of emergency, such spontaneous behavior is invaluable as a means to heal our organization quickly. I think this phenomenon is close to the concept of Organizational Citizenship Behavior presented by D. W. Organ (1988):

OCB represents individual behavior that is discretionary, not directly or explicitly recognized by the formal reward system, and that in the aggregate promotes the effective functioning of the organization.