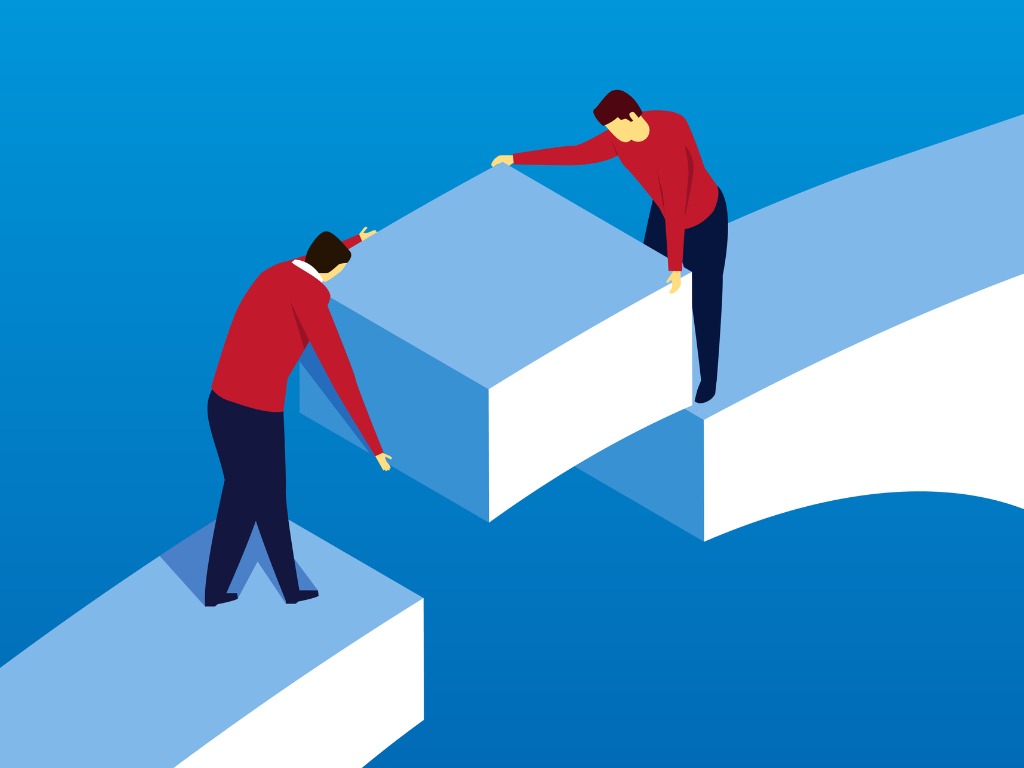 “Manbassador” is a term that was coined in 2013 by Harvard Business School. It was part of a program designed to bring male students into the serious conversation about gender disparity and gender inequality. A manbassador is a man who believes in the empowerment and advancement of women. He is not afraid of the hard facts around these issues and takes positive action on behalf of women, knowing that there may be some possible strong backlash.

Fast forward to the workplace of 2020 where 51% of the global workforce is female. In the profession of administrative support, it is 95-98% female. These ideas around manbassadorship are still extremely relevant and important. Frankly, we need more men to enter the conversation about how to empower women and then to act upon that information.

Why is this important?

Because diversity is a competitive advantage in the workplace. The data clearly shows that diverse teams outperform homogeneous ones. These teams are more productive, collaborative, and innovative. It is a smart business decision to empower women and fully leverage their experience, skills, and innate abilities.

We have serious issues to be solved in our modern workplace

In the US, Women earn less for every dollar a man earns.  These are the 2019 statistics:

Asian American Women       90 cents for every dollar a man earns

(Note: These figures are very similar all over the world.)

These are global epidemics. 75% of all women experience bullying and harassment – and it is on the rise.

3. Violence against Women and Girls

35% of all women experience violence.

Dubbed the “Mommy Tax” and “Mommy Penalty”, women are being chased away from the workplace after they have children because of biased and discriminatory expectations that make it impossible to continue working.

These are human issues

These deeply disturbing facts are not just “women’s issues.” These are family issues. These are human issues which impact all of us. For these reasons, both men and women in our workplace have a responsibility to act.

In general, the workplace is still populated by Caucasian male executives/leaders/managers who are supported by female assistants, comprised of diverse ethnicities and ages. Increasingly, there is an acknowledgement among the men that it makes sense to mentor and openly support the women who play important roles at the company. These women are the face of the company culture, the backbone of the company, and right arms to their managers.

More and more, women are being invited by the men they work with to take their seats at the table as respected and valued team members. The assistants of 2020 are functioning as true business partners to their male executives.

CEOs like Marc Benioff of Salesforce have made front page news.  Benioff has committed millions of dollars to close the wage gap between women and men. At the World Economic Forum, he said, “Every CEO needs to look at if they’re paying men and women the same. That is something that every single CEO can do today.”

The #MeToo and the #TimesUp movements have shone a bright light on the overall treatment of women, not only bullying and sexual harassment. This includes the issues of gender bias and salary inequality.

In Hollywood, actors/manbassadors Benedict Cumberbatch and Bradley Cooper have both stipulated that they would not sign onto a project unless their female co-star received the same salary. It worked. This is a trend.

Actor Justin Baldoni hosts a web series called “Man Enough”. In it, he says, “Time’s Up and Me Too and all these things are amazing, but the issues are not new. The problem is they’re new to men.“  Justin makes a really important point that many men are resistant to the fact that gender inequality even exists in the first place. As a result, manbassadors can experience some negative backlash from these male naysayers when they overtly support women.

We have a lot of work to do

We have a lot of work to do to course correct the inequality that exists. For example, it is well known that tech companies can recruit women, but they are having a hard time retaining them. In a 2015 article from the LA Times entitled “Why Are Women Leaving the Tech Industry in Droves?”, the short answer was that men push women out with behaviors such as asking women to prove themselves again and again, and still they don’t get promoted or as much compensation as the men.

We didn’t get to this place in society in a minute so it will take a while. It will be a messy and anything but a linear process. The good news is that it is happening.

What Women Can Do

Here are four ways women can find and celebrate positive collaborations with men.

Make it known that you want coaching and the opportunity to learn from others. Men will not know unless women tell them specifically what they need.

When asking for help from men or women in a professional setting, one needs to be as overt as possible. Specifically say, “I need help on x or y.” This is particularly true in fast-paced environments where everyone is moving fast and is overwhelmed by their own workload. And don’t apologize for asking.

Al-Husein raises an important point about apologizing. The data shows that women apologize six times more than men. The reasons are rooted in early socialization. Over-apologizing hurts women’s credibility and respect from others, especially men. I advise to my students to be aware of this and to work to cut their “I’m sorry”s by a third. That would be a solid start.

Given the wage gap, coaching for women is especially important around issues of salary and compensation. According to the Wharton School of Business, only 7% of women will negotiate their salaries contrasted with 57% of men. Most women have a profound and real fear of asking. Also, in general, women have never been taught how to negotiate. Coaching is a game-changer for women. Both Al-Husein and I have seen an average of 20%-40% increases in salaries for women who receive coaching.

Say thank you. Everyone wants acknowledgement and gratitude, especially for support. Let us express gratitude when we are supported. After all, no-one you can name got there alone.

People don’t know what they don’t know. Identify sexism and unconscious bias when you see it. Women need to be alert to not accepting blame when there is none.

Women are interrupted three times more than men. The fix?  When interrupted, a woman can respond with, “I wasn’t quite finished. Thanks.” And then she can continue with her point. Old habits are hard to break if that is what men have always done. Women need to keep doing this and changes will happen. We train others how we want to be treated.

Open conversations that are respectful, calm. empathic and factual are the best and fastest road to change. Remember that honesty without compassion is mean.

4. What’s in it for all of us? A better workplace

There are dozens of reasons why it makes smart business sense for men to support women to succeed. We often get tripped up though by old socialization, unconscious bias and obsolete stereotypes. Awareness and sensitivity trainings need to be made high priorities by our leaders and be evidenced in job descriptions and interviews with potential staff.

At every turn, we must choose to not engage in a “them vs. us” mentality. Men and women must look towards one another as resources and collaborators, not adversaries.

For real and lasting change to occur, we need to be enthusiastic allies in the effort to improve our workplace. Imagine what true equality would do to benefit everyone. Imagine how it will benefit our daughters and sons and grandchildren who will eventually be working in this brave new world.

1. Invite a woman to take her seat at the meeting table

Ask her; “Tell me what you are excited about working on?” Then, listen without interruption.

2. Be sensitive to derogatory and discriminatory comments about women

Be prepared to speak up. These can include comments about physical appearance and use of words like, “Doll,” “Sweetheart,” and “Honey.”

Notice the fine work of women and offer kudos in writing and in staff meetings. When a woman makes a great point in a meeting and yet another male co-worker takes credit for the idea, a manbassador will say, “I agree that Susan’s idea to do XYZ was great. Let’s talk with her more about it.”

Say, “You did such a great job on ABC project. I wanted to ask you about working on this other XYZ project that is a bit different. I know you can do this.”

I will end with a few universal truths that I have learned from my work teaching Assistants and executives in 14 countries and 38 American states:

The most beautiful sound to most people is their name. Pronounce it and spell it correctly.

The most powerful phrases in the world are

I believe in you.

I know you can do it.

I’ve got your back.

I’m proud of you.

I trust you completely.

To all women and the manbassadors of our workplace, you’ve got this; I believe in you.