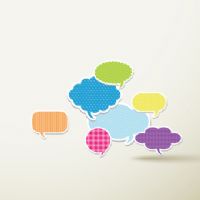 We asked you how to combat bullying in the workplace; here are your responses

I think this is such an important subject. There are many men and women out there that suffer in silence and it can cause stress and unhappiness. Never be afraid to stand up and talk about your concerns and worries. Sometimes it’s worth diarising incidents that have occurred so you have a written record. A good, decent employer should give you the right support once you approach them with the problems you’re facing. You spend over 70% of your life at work, it shouldn’t be a difficult experience. Communication in everything is key!

Thankfully I have never experienced bullying at work, however I guess if I felt I was then the first thing I would do is start to keep a diary of times/dates of situations where I felt bullying was taking place. Depending on the seriousness of the issue, I would possibly speak with the person in private and chat about my concerns. They may not even be aware that the way they act is being perceived as “bullying”, so an initial chat before following a formal complaints procedure could help in less serious cases. If I had already voiced my concerns in private and there was no improvement, or if the issue was beyond a private conversation, I would speak to HR directly for advice. HR are just on the other side of the phone and there to provide staff with confidential advice and support on matters such as these.

One of my pet hates is being talked over and not being able to finish what I wanted to say when either in general conversation, or replying to a question. As small as it may seem, this is a form of bullying I find so frustrating. There is a technique that you can use to make the person aware what they are doing. Great book to read: Bully in Sight by Tim Field. After every page I turned, it made me understand what, unknowingly, I had been going through in the workplace for four years.

Very important topic, Lucy. I agree that workplace bullying is a serious problem. It can be a very isolating, disheartening experience. Helping the person regain their self-esteem is job one. Bullying is a learned behaviour. Bullies put their needs/interests first and use whatever tools they have, typically poor ones, to get those needs met. Bullies know they bully and, counter to popular belief, aren’t always happy with their actions but may not have the resources or knowledge to stop. The bully isn’t right, but it makes little sense to demonize her/him. A better stance is to find ways that you can assert yourself and re-teach the bully how to interact with you. Doesn’t have to be a confrontation at all. I suggest taking courses in emotional intelligence and conflict management. Learning how to approach the conversation and share messages confidently will help you build confidence and know that you can rely on yourself, if your organization is slow to respond.

It’s also important to know that bullying can take place in a wide variety of ways. It’s not always veiled in meanness, sarcasm or other negative ways. Oftentimes it’s seen with a smile or with one hand extended in friendship while the other hand is stabbing the victim in the back. Sometimes that’s difficult for managers to see, since they often don’t have the time or desire to look any deeper into a situation, or past a smile.

Bullies feign being the victim and can turn around the situation/conversation so as to make you look like you are the bully. It has happened to me and I have seen it happen to other work colleagues by that same person.

If bullying/heckling are an issue during meetings or training sessions the facilitator can lessen the control the instigator has by including/inviting them into the lead: for example during a meeting if one person is always trying to take over the discussion or is constantly nay-saying during the discussion, give them the responsibility to lead the meeting or project. If it is during training ask them for their input or for an example of how they would do something. Put the focus on them and you control the amount of power they have.

Breaking the silence is critical to combat bullying at work – and other places, I might add. Here’s a piece from www.Glassdoor.com that may be of interest: bit.ly/YPRQNk. Addressing these tricky issues head-on is the answer. The irony is that to expose a bully often diminishes their power.

Diarise everything until you feel confident you have enough to go to management with. In the interim carry on as normal. Say hello and goodbye as you would anyone else. In the past I have found that this discourages the bully because they aren’t sure how to react if you don’t seem upset.

Until my last position, I’ve never experienced bullying before. At first I really thought I could handle it, but it escalated. I spoke to my boss and unfortunately it was his best friend, needless to say he told me that he could speak to him but he would prefer not to. It was a year of hell, if you can’t speak to your boss who do you speak to?

I reiterate this is such an important subject and management on all levels do not want to deal with this sticky subject. As said above, bullying can take many forms. Until I was in my 40s I had not experienced it at all and it is amazing what people believe they have to put up with. It is exhausting and if you are trying to address it on your own (due to lack of support), you do not realise what an impact it is having on your day until the bully is removed or you leave. I have worked with a clever (but hysterical liar when challenged) schmoozer who quite honestly would have made me very ill if I had not left, daily undermining me to try to make herself feel better. Most bullies are not very happy people. I realised at a very young age that something in their personal life makes them feel the need to elevate themselves daily.

A respectful workplace will attract the best employees, and one where this type of behaviour is accepted and sometimes encouraged will only have the best ones leave.

If only you’d been near me Marilyn I could have done with your wisdom and strength during my time of being bullied in my last job – regrettably one of the reasons for my ultimately resigning from the permanent post, the first time I’ve ever resigned from a post in 30 years!

Bullying in the workplace can sometimes be so subtle that one cannot actually pinpoint what exactly the person is doing to manipulate or make you uneasy/unhappy. I have learnt, from past experience, it is best to tactfully confront the person rather than report them to management. A young man, his mother and another female in my office used to talk about me across the banking hall as he was in competition with me (we both were PAs) until one day I confronted him and told him to rather talk to me than about me. I think because I stood up for myself they stopped and he and I ended up being friends. If you allow a person to bully you they will continue to do so ¬¬- you have to let them know that you will not tolerate it.

Jenny, I completely agree, a friend of mine was recently promoted to the CEO’s PA and the other lady in the office was not happy she didn’t get the job. My friend was bullied verbally, had documents etc thrown at her until she confronted the lady and gave her a taste of her own medicine. Another thing – I was watching the Apprentice the other night and Donald Trump “fired” one of the ladies there because she was being bullied and she didn’t stand up for herself. Donald even said that you need to respect yourself enough to stand up for yourself. The longer you let people walk over you, the more powerful they feel.”