A Season for Learning and Self-Assessment 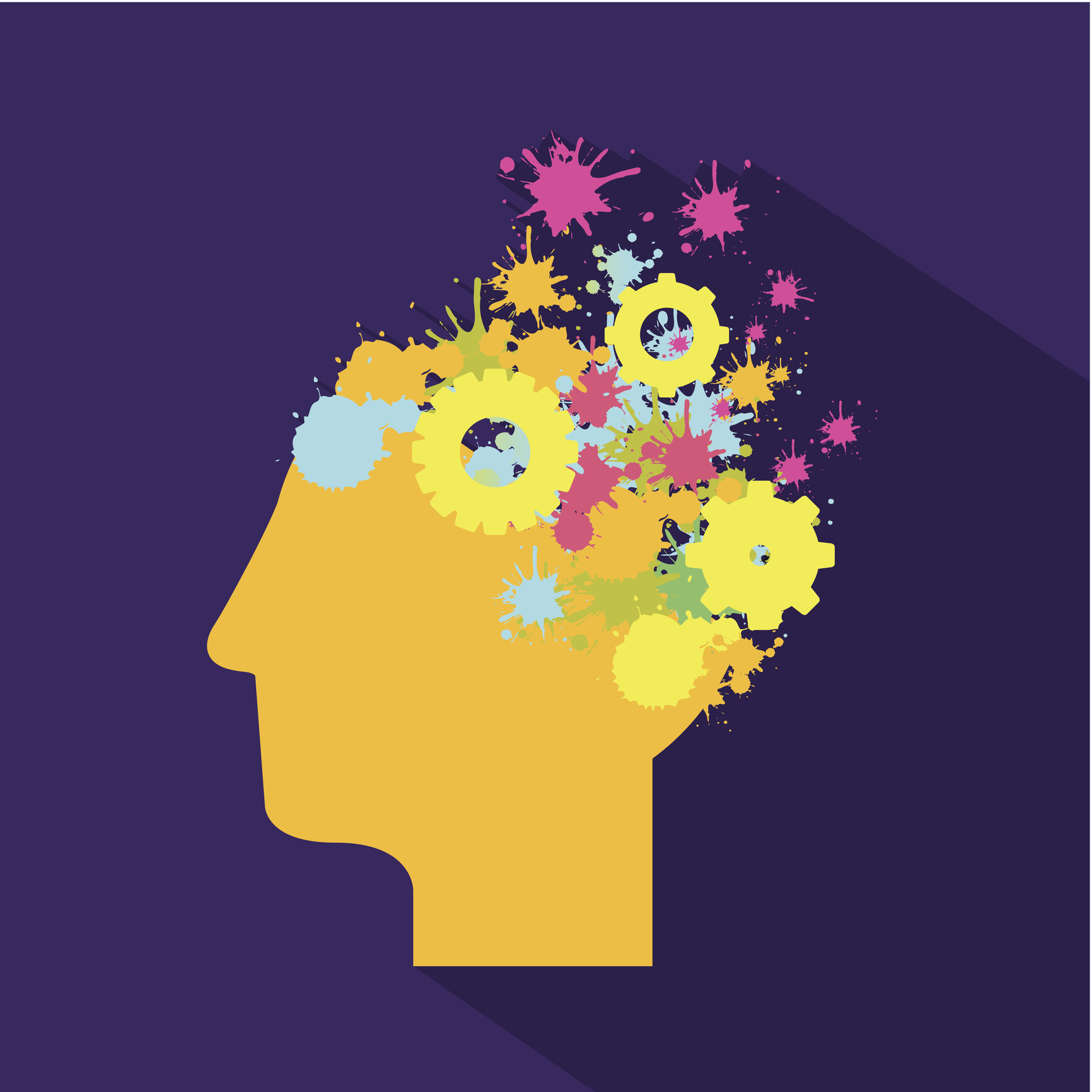 Are you part of the contingent of administrative professionals taking control of your career? asks Shelagh Donnelly

We’re approaching Fall in our part of the globe, and students of all ages have begun making their way back to classrooms. If you have young ones in your household, you’ll know that the enthusiasm with which students approach the return to class varies by learner. Attitudes can run the gamut from keen enthusiasm to sheer dread. Somewhere along the spectrum, you’ll find students who brace for learning as somewhat of a necessary evil; something that is inevitable but not necessarily enjoyable. Then, we have others who shine in some subjects, yet struggle to commit to those for which they have less natural aptitude.

The power of language

Whether we’re talking grade school kidlets, teens, or college and university students, the body language in school yards and hallways can tell a story. I work in the post-secondary sector, and you can generally intuit at least a bit about students’ enthusiasm through their physical presence and the way they speak. There are always exceptions, though, and it would be foolish to misinterpret sleep deprivation or absence of caffeine as anything else.

Our verbal and body language also speak volumes in the office. With classes and quizzes underway all around us, it may be a good time for a bit of self-assessment. Are you a constructive, positive presence, or has a rough patch seen your enthusiasm or commitment wane a bit? If the latter is the case, it’s worth making and acting upon a commitment to whatever change is required to turn things around. If you recognise that you’ve let slip comments that are uncharacteristically negative, or otherwise not been the person you’d like to be, chances are that your colleagues and clients have already recognised such behaviours.

Are you doing anything to enhance your own career potential? I know that a number of my readers bring post-secondary education to the role, and others make a point of engaging in ongoing professional development (PD) or credit studies.

Think back to your own school days, and you may find it ridiculously easy to recall the go-getters who nabbed every opportunity that came their way. They became involved. We’re talking about the students who joined clubs or athletic teams, ran for leadership positions, or auditioned for and took part in band, musical or theatrical productions.

Whether you were one of these students yourself, or thought of them as irritating overachievers, time does wonders. In retrospect, you realise that these committed learners typically opened doorways and broadened their opportunities. Before you ask, the answer is yes; I’m speaking from experience as I was one of those nauseating people who was, as one might say, heavily involved.

Are you stuck in your comfort zone?

Most of us have a regret or two from our high school days, and I’m no exception. No, I’m not referring to my elephant pants. They were in style at that point, and I’m not talking about the kind you bring back from Thailand! Rather, I chose not to act on an opportunity that I’d unknowingly created through my activities. I was called into the Principal’s office one day, where Mr. Sugimoto told me that he and his colleagues wanted to recommend me for an international scholarship. I listened, I thanked him … and then I declined the offer. He encouraged me to think about it, but I didn’t even discuss the opportunity with my parents until years later. I wanted to stay local, and in my comfort zone.

Are you stuck in a career comfort zone? Sometimes we let opportunities slip by because they represent risk, or simply because we don’t like change or the unknown. You may be perfectly content in choosing to stay put for such reasons. It may be constructive, though, to project and compare alternate scenarios reflecting the different outcomes that you may achieve by pushing yourself.

Playing to your known strengths and identifying new ones

If you’re performing well in your administrative career, it can be all too easy to stick with what you’re good at. People recognise you for certain strengths, and that’s validating. You may have read the works of Marcus Buckingham who, along with Donald O. Clifton, wrote, Now, Discover Your Strengths. A former boss gave me, and the rest of his leadership team, the book. First published in 2001, its premise is that, rather than dwelling on our weaknesses, we should focus on our strengths – and on those of the people we supervise.

While I don’t disagree with playing to our strengths, I think there’s merit in stepping outside that safety zone and tackling an aspect of our performance that’s not quite so golden. If you have a regular performance management system in place in your office, you can hopefully anticipate aspects in which enhanced performance may be encouraged. How impressed would you be with yourself if you identified such an aspect yourself, pre-review, and took proactive steps to address it?

I also think that it can be tempting to stick with the script. You know, the one that reflects feedback you’ve been given over the years. People may credit you for strong performance in certain aspects of your career, and those are the ones you stick with. In so doing, though, are you shortchanging yourself in choosing against exploring whether you have other strengths yet to be tapped? Technology, and its impact on our careers, represents just one example.

Think of all the technological changes unfolding around us each year, and their impacts upon your personal and professional lives. Depending on your age, it’s likely that such advances weren’t even on the horizon when you were a student, and so it’s understandable that you’ve not incorporated related strengths into your personal script of strengths. Might you have talents you haven’t even considered, ones that build on platforms of technological change?

The rate of technological change may be daunting for some. Until, that is, one considers just what the word represents. One Millennial I know encapsulated the definition of technology beautifully. He said that technology simply represents something that was invented after you were born.

Think about it. For a previous generation, Ford’s Model T was their version of today’s Tesla S, or a driverless car. While the iPhone represented new technology in 2007, wall phones and party lines were groundbreaking technology for our grandparents or great-grandparents. Rotary phones were the technology of the day when I was a child, and then along came new technology in the form of push button phones. The iPad is what Captain Kirk and Mr. Spock could only dream of when Star Trek producers and staffers came up with what had to be cost-effective yet believable communications devices.

I know admin. professionals who resisted with all their might the displacement of WordPerfect with that new technology called MS Word. I don’t, however, know any who would like to replace their PCs or other hardware with typewriters. I’m just grateful that it was the electric models, and not manual typewriters, that were the technology of the day when I first joined the world of administration.

In the administrative world, who could imagine achieving the efficiencies we have without printers and photocopiers? These days, though, I rely heavily on an electronic portal which, while consuming power, means we consume far less paper than half a dozen years ago. I could carry on with describing how fax machines supplanted Telex machines that consumed inordinate amounts of office space, but then you’d be wondering how I landed my first admin. position at the age of six!

Computers, BlackBerry products, and screens, tablets and smartphones of all sorts do not represent technology to today’s high school students. They are what the black and white television was to my generation: a fact of life, and soon to be succeeded by increasingly advanced versions.

Embracing social media – or at least giving it a handshake

Social media is simply another form of technology, or today’s version of the telephone party line.

Some admin. professionals may find many forms of social media daunting, or an intrusion or abdication of privacy. I was in the latter camp, but – with some remaining reservations about one particular channel – have adjusted my views. That change was empowering; now, I find social media an incredibly powerful tool. A number of my readers have built, and nurture, international networks through virtue of social media.

Investing in your career: about those networks and professional associations

I routinely conduct what I call Weekend Polls on my website. While they sometimes reflect topical matters such as 2016’s Brexit vote or Summer Olympic Games, the focus is for the most part on the administrative profession and how it’s progressing around the globe. Earlier this year, I asked readers about their involvement in networks and professional associations.

89% of all respondents reported belonging to at least one professional association or network, and 43% reported that they belong to three or more. Why am I telling you this? It’s because I believe that such associations are much more than social entities. While they do provide support for admin. professionals who may sometimes work in isolated roles, they also serve as tremendous opportunities for professional development and (much like the engaged student) provide connections and introductions that positively impact one’s career opportunities.

Involvement in such networks is also on the rise. In the same Weekend Poll, I learned that only 12.5% of respondents had participated in such opportunities for more than 10 years. On the other hand, 48% of respondents had joined one in the past five years.

I suggest that such associations are on the rise by virtue of the increased degree to which administrative professionals are identifying themselves as professionals, and taking control of their careers. Are you part of this contingent?