Using the Correct Pronouns at Work 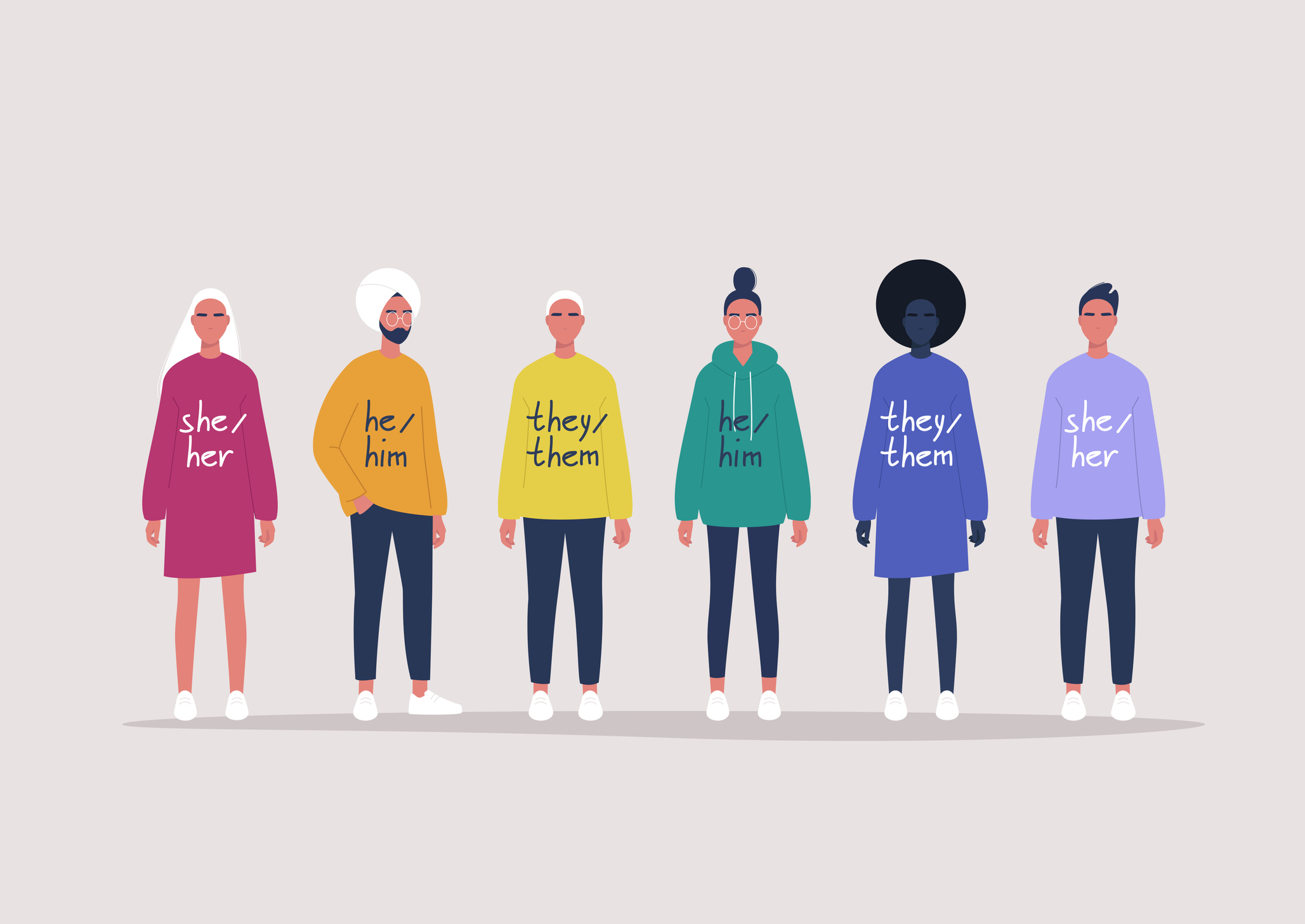 Using the correct pronouns is a matter of awareness, respect, and intent and needs to be approached with a kind heart, says Rhonda Scharf

Demi Lovato, an American singer, songwriter, and activist, recently announced that they want to be referred to as nonbinary, which means Demi isn’t a ‘she’ nor a ‘he’. Demi is a ‘they’.

Demi isn’t the only one to announce they are using that pronoun. I think we’ve all become more aware of people’s choice of pronouns, with many people now putting their pronouns on their email signature or LinkedIn profile.

Whatever pronouns people choose to use is their right, and as professionals we need to respect that right. The challenge many of us have is in changing our language and writing. For many of us, the pronoun ‘they’ seems difficult to use grammatically based on our (dated) education.

Most of us were taught in school to use he/him or she/her as singular, and they/them as plural (more than one). However, we already use ‘they’ to describe one person, in lots of situations. “See that? They cut me off!” Here, we’re referring to one person – the driver of the car. “Who put in this breaker switch? They obviously don’t know how to wire a house!” The ‘they’ in this sentence is one electrician. Now that I’ve mentioned it here, you’ll probably catch yourself using ‘they’ to describe one person without even realizing it.

In September 2019, Merriam-Webster updated its definition for ‘they’: “Used to refer to a single person whose gender identity is nonbinary.” (Nonbinary people do not identify as exclusively male or female, genders that may have been assigned to them at birth.) In 2019, ‘they’ was the word of the year.

Some people find this concept challenging. An easy way to think about it is that just because biological gender is assigned at conception, it doesn’t mean that’s the gender with which people actually identify. Science demonstrates that there are myriad contributing factors between conception and birth which can create an alternate gender identity. In other words, people who are nonbinary don’t choose to be nonbinary – they’ve been nonbinary since the womb. Their parents or society put a label on them that may have been appropriate for their biological gender but wasn’t appropriate for their true gender identity. These days, more people are comfortable openly declaring which label (pronoun) feels most appropriate for them.

My friend Jayne had a baby 29 years ago, Mikey. A year ago, Mikey let Jayne know that the pronoun ‘they’ is appropriate when referring to them. Mikey does not want to be referred to as ‘he’ and is quite appreciative when people use the correct pronoun for them. Mikey’s mother has a hard time not referring to them as ‘he’, and it can be frustrating and even traumatic for Mikey when their mother misgenders them. It may feel to Mikey as though their mother isn’t seeing them as the person they truly are, rather than the way society says they should be seen. (Of course, Mikey also understands that everyone makes mistakes.)

We need to be aware of gender-neutral pronouns in our business communications. According to a Pew Research Center survey conducted three years ago, one in five Americans say they personally know someone who prefers a gender neutral pronoun such as ‘they’ rather than ‘he’ or ‘she’.

If you had a friend who was assigned the label of male at birth but now identifies as female, would you have a hard time referring to her as she? I certainly wouldn’t, and calling her ‘he’ would be an insult in my eyes.

Similarly, once Mikey let me know they prefer ‘they’, using a different pronoun for them would be disrespectful. Gender pronouns proclaim someone’s identity to the world, and if the words ‘he’ or ‘she’ don’t represent their identity, it makes sense to use one that does.

Who says? They do. We can’t know what gender someone is. We can sometimes know the gender society would like to label them, but that’s not necessarily their actual gender. And for people who are nonbinary, it can be a difficult conversation. If all of us put our gender pronouns in our email signature, it normalizes the declaration of pronouns. That can make it easier for nonbinary people to let us know their pronoun.

In business, we might not always have the opportunity to learn how others prefer to be referred to. It might not feel appropriate to ask, and yet we still want to be respectful when addressing or referring to them. Whether it is a corporate value or not, I believe most businesses want to foster a diverse and inclusive environment.

Here is what we need to adjust in our corporate communications

Don’t hesitate to catch yourself when you slip up. It is bound to happen. When Jayne refers to her ‘son’, they jump in and say, “Mom…” and Jayne corrects her language. If I accidentally refer to Mikey as ‘he’, I quickly jump in and say, “Oh, I’m sorry, ‘they’ not ‘he’,” and continue with my sentence. I try not to be obvious or pedantic about it, which, as you can imagine, could make the situation even more awkward for them.

Try to put yourself in the other person’s shoes. Has there ever been a time when someone used a label for you that didn’t fit? Did it make you wince when you heard it? Perhaps you didn’t want to make a big deal out of it; you were worried about making a scene, and yet you still want to be treated the way you see yourself rather than go with the incorrect assumption the other person applied to you.

We all have years of outdated language patterns to change. The same way I can now easily refer to Caitlyn Jenner (American media personality and retired Olympic athlete) as ‘she’, I can easily call anyone else ‘they’ if that is what they prefer. It is a matter of awareness, respect, and intent.

Common courtesy and the evolution of language are easier when you approach people and new situations with a kind heart.

The Long Game Versus the Short Game