Time for a Health Check? 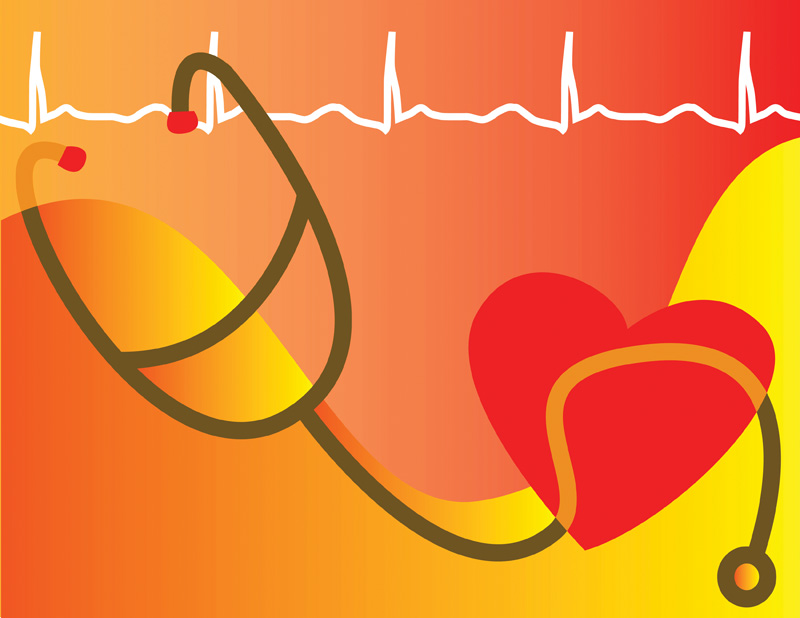 Earlier this year, my working world experienced a really big event that changed a lot of things for me. My boss had a stroke at work, brought on by sudden onset diabetes and an at-that-time-undiagnosed heart condition. The man that I had been working for, whom I had been supporting for the last three and a half years, became ill. This was nothing I had ever experienced before. Yes, I’ve had colleagues who have become ill from time to time, but nothing so life-threatening as a stroke whilst at work.

My boss is coming to terms with his stroke, and is learning to get used to his diabetes, and awaiting treatment for the heart condition. He’s back at work – in fact, he came back, against all our wishes, a week after his stroke. I’ve never experienced feeling so worried about a work colleague before, and found myself clucking round him like a mother hen, trying to protect his time, urging him to sit down and have a drink, check his blood sugars, and my stock phrase became “oughtn’t it be time you get going home now”? My boss has gone from the rotund smiling man we all knew to a rather gaunt, slightly bewildered looking man – he’s lost a reasonably large amount of weight (which, admittedly, he could bear to lose), but the main difference is that I’m much more aware of how he is – I ask him daily how things are. I’ve never done that before – it’s always been a case of “maintain a professional distance from the boss, don’t ask after his health or family, etc”.

The other noticeable change is that my colleagues and I have all become very wary of our health issues – after all, if my boss, our leader, could go down at the drop of a hat, what guarantee did we have that we could stay standing?

The whole incident encouraged me to take the bull by the horns and insist to my own doctor that she take my cough seriously – I’d been seeing her for a steady stream of hacking coughs for over two years and had only ever been sent away with light antibiotics previously. This time, as I sat in her surgery a few weeks after my boss’s stroke and insisted that she do something to investigate why I’ve been coughing so much and so hard, and why my voice had been badly affected by the coughing, she finally listened and referred me to a local hospital for an Ear, Nose and Throat appointment.

A month later I attended the ENT department and was ‘treated’ to an endoscope up the nose and down my throat, where nodules were spotted on my vocal cords. “Caused”, said the surgeon, “no doubt, by all that coughing – and probably the nodules are then causing the coughing to recur”.

April 18th saw me undergoing a general anaesthetic to have the vocal cord nodules lasered, resulting in my being forced to rest my voice for some time afterwards. Returning to work a few days later, I had a pre-prepared notepad with certain phrases ready printed, on the lines of “I’m sorry, I can’t speak to you right now – I’ve had throat surgery” and “yes, it is amusing, isn’t it, a PA who can’t speak?” I made cards to hold up to visitors to offer them drinks, cards to ask Receptionists to make phone calls on my behalf, and cards to inform my boss of timekeeping issues for leaving one meeting in order to get to the next.

I have been permitted to speak more and more as the days progressed, but was warned by the surgeon not to attempt to sing, shout, whisper or even hum until such time as the hoarseness in my speaking voice has disappeared. I’m still waiting on that. It’s been awful, not being able to sing – one of my major hobbies – and there’s a chance that my healed voice may not be what it was before – but the nodules had needed to be removed in order for me to have the chance to sing again, in whatever way, shape or form.

I’d urge everyone out there – check your health. If something’s niggling you, get it looked at. Don’t leave it til you keel over from something potentially life-threatening to make a change.”