The Tragedy of Everest 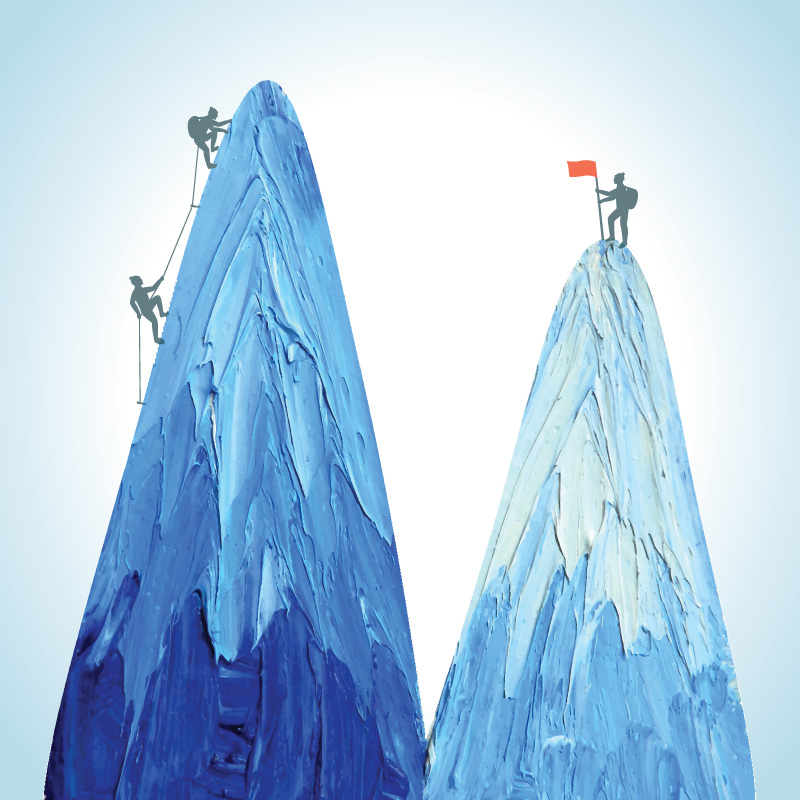 On the 18th April 2014, 13 Sherpas were killed (three are still missing) by an avalanche on Mount Everest, the highest mountain in the world. Everest has become an obsession – whereas it was once the preserve of climbers it appears to be more like the first day of the Sales – I must get that bargain! Yet it is not a bargain to climb Everest now, it costs a great deal of money, preparation and hard work to stand on the summit of the world for a maximum of 15 minutes.

I love mountains and Everest is a beautiful, iconic mountain and I know a number of people who have reached the summit, including Cathy O’Dowd, who was the first woman to do so in 1996. Yes, I have thought of climbing it and I do believe I could get to the summit but as for getting back down again – that I am not so sure about. If you ask Cathy she will tell you that I can be frightened by a small patch of ice on a slightly downward slope! But I digress.

There is always a desire in some people to “conquer” a “thought to be impossible…” and I am as guilty of that as the next person. But as I have achieved the goals I have it has made me look more closely at what is required. In any goal you want to achieve whether it is in your personal life, the sports arena or in business it can be hard work and a lot of preparation has to go into it. For most goals you cannot do them alone even if you are the one who will achieve them. If you reflect on how you got there you will find that there were many people who helped you along the way.

Earlier in the climbing season there were reports – as last year – of people queuing to reach the summit of Everest. The summit is in the death zone and you can only stay there for 15 minutes because of the dangerously high altitude. Yet climbers were staying longer because they had to reach the pinnacle of the mountain. Why? Just how important is it? Believe me I am very competitive and love to win but when the cost is human lives does that change the perspective? For me it does. I have a family and now two fantastic grand children and my goals have changed.

There is a lot of talk about sustainability in the newspapers and on TV and radio, and things are changing but not that quickly. The only way for climbers to reach the summit of Everest is to pay Sherpas to help them, without them they cannot make it. Sherpas have been risking their own lives to help climbers since Edmund Hillary and Sherpa Tenzing summitted in 1953. The Sherpas are the first nation’s people of the area and leave their families before the climbing season to prepare the mountain, and they stay by Mount Everest throughout the season to help climbers reach the summit. At the end of the climbing season they return to their families having made just enough money to survive until the next climbing season starts.

Physics tells us that if you knock holes into a slab of ice you weaken it. Over the years more and more people have taken on the challenge of Everest which means more and more people walking up the mountain and putting up tents, and each year the Sherpas reset the ropes. We also know that there is a global warming issue. I am sure that I do not have to explain the co-relation between “warming” and “ice”. The more activity there is the more warmth there is. The more warmth there is the more unstable the ice and snow become and the danger to those on the mountain increases. This accident has shown that something drastic has to be done.

There will always be people who want to achieve the “impossible” and more, once the impossible becomes possible. We have read recently that climbers pay a lot of money to Western firms to climb the mountain. Nepali middlemen take a portion and so do the government, yet the Sherpas who risk their lives have no insurance and get very little remuneration. Shouldn’t the money go to the Sherpas – the risk takers? We need to think more deeply about the outcomes of our actions.

To help the Sherpas we should find ways to make the challenge sustainable and I will write about sustainable tourism in the next issue.