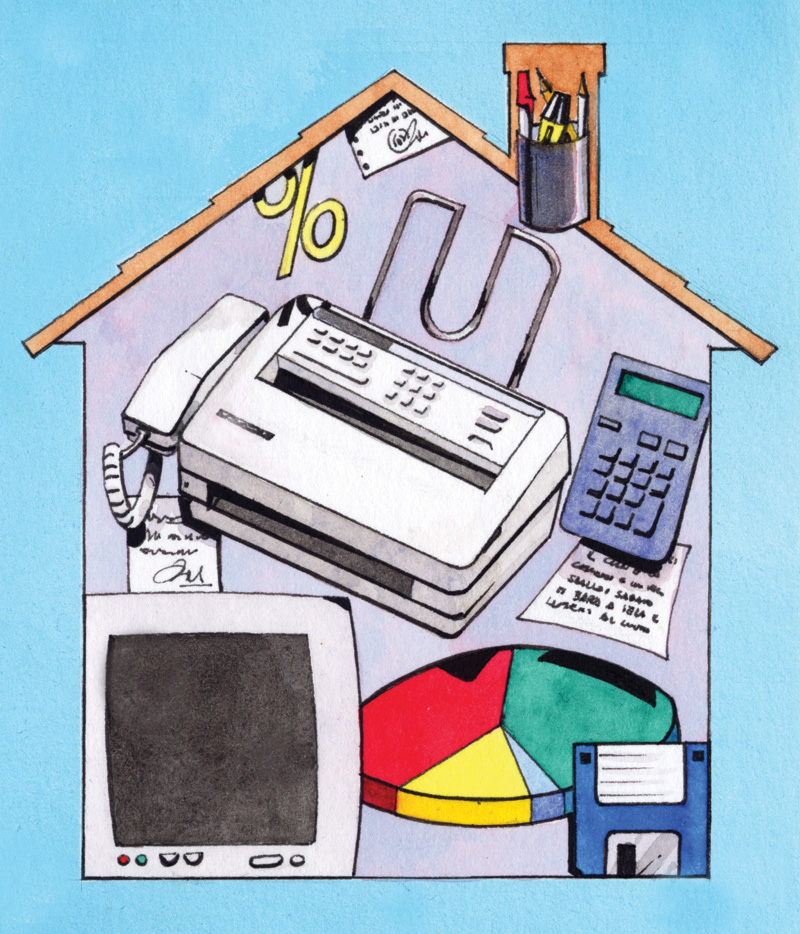 The traditional office environment has never been too pleasant for most employees, unless one is in the c-suite level where you can arrange your time and space according to your personal taste and needs. In fact, it’s not really what your daily surroundings look like, not even how your colleagues behave, it’s just the feeling you get out of being there, which in some respects could quite easily become counter-productive.

There are numerous research studies scattered around the internet clearly showing that despite the fact that employees are now staying in the office for longer hours, their productivity is noticeably decreasing. Modern companies are acutely aware of this fact and are currently trying to disengage their people from their permanent desks, adding more flexibility to their operations, while at the same time decreasing operational costs dramatically and increasing their business’ resilience, should an incident occur that might impact their premises.

One cannot claim that this is a trend that grew out of mid-air, as it seems that even if the thought was there for some years, the will to step forward and the knowledge of how it could be implemented took time to evolve.

Starting in the early nineties, a number of companies – mostly US based – were testing their capability of finding alternate ways of working, thus affording them ways of increasing efficiencies, attracting new employees and taking productivity to the next level. At first, the whole concept seemed like a really long shot, and initial difficulties were not so easy to overcome, with many of them relating to cultural issues and changing employees’ mindset, as well as management’s expectation regarding the physical presence of their staff.

There are many ways of working in a non-traditional manner. When one no longer had to show up daily in the office, but could telecommute to a virtual workspace, it revolutionized the foundations of the typical office organization and structure as we knew it.

Today’s worker does not necessarily belong in an office or at home though. One of the critical factors of remote working is broadband connectivity, and now that all mobile operators are offering mobile broadband at a relatively low cost, the whole world virtually becomes one’s office. It does not really matter if you are on the go, at home, by the fountain, in a café or elsewhere. It does not even matter if you are travelling, if you are in UK, or in China, even in the North Pole itself as long as you are connected.

You can call it remote working, home working, virtual working or even working from practically anywhere! I prefer to use the term ‘telecommuting’ as it does describe the logic behind the trend. It even shows a steady progress towards modern approaches – once there were the daily commuters who had to travel a couple of miles to get to work, then the super-commuters who had (and many of them still have) to travel very long distances even by plane, and now it’s the telecommuters who do not have to travel, except in the case that they really want to combine their work with a trip planned for pleasure. As the real distance between one’s laptop and the company’s HQ increases, the time to get connected is practically erased, bringing your office to your fingertips.

It is quite evident that most companies with a progressive mindset will probably fall in love with this way of working and managing tasks, projects and programs as it brings together many benefits that would not be able to co-exist in other situations. The main benefits for an organization that adopts telecommuting include but are not limited to:

Of course, not only companies benefit from this approach – benefits to employees include:

Parallel benefits also exist, such as a mutual contribution to environmental sustainability since when one does not have to travel to work CO2 emissions, either coming from a motorbike, car or a plane, are dramatically reduced, giving us even more reason to commit to the global telecommuting trend.

Despite all the potential positive outcomes, there are some negative impacts as well; some negligible, some that can under-mine work-life balance and others that hide even wider impacts. As in many situations, there is often huge resistance to change, with negative attitudes towards telecommuting arising out of a lack of any limit on the hours one might work – or in some cases the exact opposite! Reports suggest that there are companies who are now operating in 24/7 mode rather than the standard eight hours a day, five days a week, particularly where they have employees who prefer to work late in the evening on assigned tasks. This may result in bringing on new customers who foresee that they will be getting both service and support around the clock for the same cost. That in itself could lead to employees losing their very basic rights such as annual vacations or weekends without even realizing it!

Up until recently, your company had to provide you with all the resources you might need in order to be productive and feel comfortable in your workplace. Working within the new telecommuting trend’s logic, one has to accept and commit to a GYOD (Get Your Own Device) culture, as well as to other interesting abbreviations such as FYOS (Find Your Own Space) and alarmingly, MYOP (Monetize Your Own Project), which brings a whole new meaning in the term Corporate Assets. Taking the logic that I am presenting you with one step further, one can start questioning the new meaning of ownership: is your office, phone number, mobile broadband, smart phone, laptop really yours? In most cases the company will provide you with the hardware and electronic infrastructure you will need in order to work as a virtual team, agree and set milestones, and even agree specific new KPIs dealing with one’s e-productivity, always smart and measurable, that form part of your annual appraisal. However, as an employee you have the obligation to maintain and keep secret a set of complicated passwords in order to electronically access the systems you are entitled to and get the job done.

Additionally is the well-known 20 percent concept – a corporate philosophy aiming at having employees spend 20 per cent of their time in the office doing anything something other than their work tasks, which usually having nothing in common with their countersigned and agreed job descriptions. This one has some fanatic followers, with some of the world’s most well-known and accepted products being born out of this very philosophy.

All these new Ways of Working or WOWs may or may not make it to tomorrow, but one thing is for sure: companies that have embraced this philosophy have an increased level of resilience embedded within their operations – not just for the critical ones. You might say that they still have to rely on the availability of technology, and I’ll give you that one, but isn’t this the case for the traditional companies as well? Nowadays, companies spend millions on acquiring alternative infrastructure and assets in order to increase resilience, while companies committed to telecommuting have the resilience logic embedded within them, but pay no additional costs to be able to withstand a possible disruption and survive.

The future of telecommuting seems secured with younger employees who are ‘digital natives’, belonging to Generation Z, being competent and accepting of the idea of telecommuting and the speed of mobile adoption increasing. With the steady growth of mobile services, companies are increasingly investing in new cost-efficient methods of working so that the telecommuting trend will eventually be favored.

As we move through the last half of 2012, modern companies have a presence everywhere, in all means of media, traditional, as well as digital and social, and are fully engaging with the Enterprise 2.0 philosophy. Now, the future seems to hold a fully decentralized concept of business where the company is legally existent, but occupies no real HQ buildings and has their employees telecommute daily, keeping all the critical info in the cloud. Businesses will be fully paperless, receiving invoices as PDF files via email, paying them via e-banking, meeting customers or suppliers of other e-services in virtual rooms or on skype, and being well positioned for the Enterprise 3.0 standard.

With all this being said, one now has every reason to question the very basic meaning of ‘homework’: will no such thing exist in the future, or will it just continue to have a meaning within the academic community? I suspect no-one has the answer to this, but I believe a person would have to dig deep in their soul to find a good reason not to commit to telecommuting.

Is this new Way of Working going to be your WoW factor? There is no clear and common answer to this, but one thing is for sure – it’s a fast train and we should not miss the opportunity to get aboard as it accelerates. It’s time we all decided whether we want to be leading the change or simply chasing it.