The Insidious Horn or Halo Effect 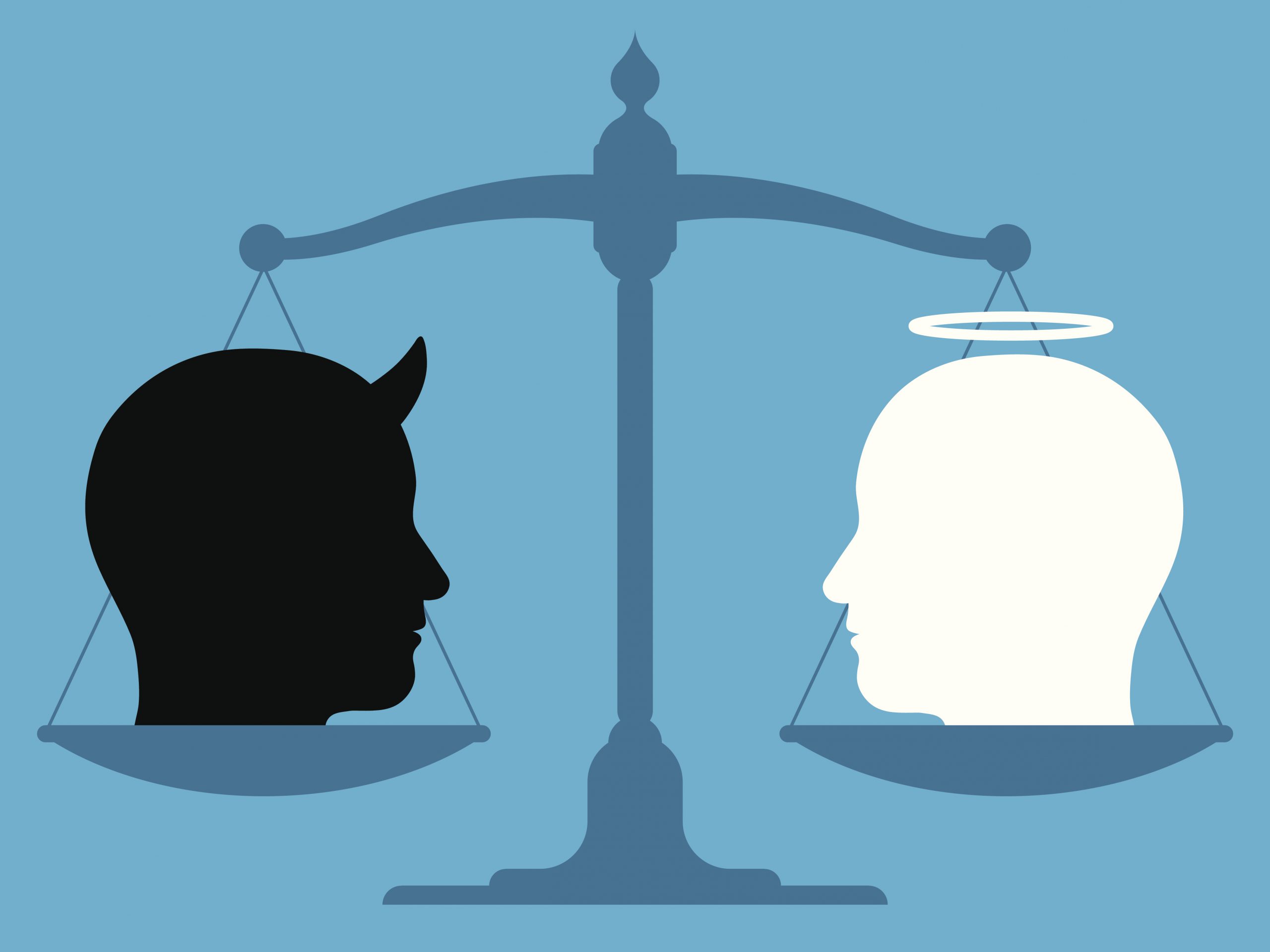 Marie Herman details the effect of confirmation bias in the workplace

We all have people that we particularly like or dislike for whatever reason. Whether in our personal lives or at the office, there are some people we connect with and others we don’t.

What’s interesting is that often without us even realizing it, we may be treating those people differently, depending on how we feel about them.

Behaviorists call this the “horn or halo effect”. Essentially it comes down to two different related principles.

If we like someone, we tend to cut them slack when things go wrong, sure that things were out of their control, or if within their control, that “everyone makes mistakes”.

If we dislike someone, we tend to view their every action with distrust, believing the person did things deliberately or had an agenda.

We usually do this subconsciously.

So, if a coworker we like comes in late, we will be inclined to think “oh, traffic must have been bad” or “Julie must be having a hard day”. On the other hand, if a disliked coworker comes in late, we tend to think “As usual, they can’t get their act together” or “Always taking advantage of the system”.

It’s a form of confirmation bias where we tend to “find” evidence that confirms our opinions and discount or rationalize evidence that doesn’t support our opinions. This then bleeds over into our assessment of everything that person does. It is what leads us to assume certain gossip is correct, despite a lack of evidence, if we dislike a person.  If we like the person accused, we will not believe an accusation of wrongdoing, even with a preponderance of evidence.

As you can imagine, this way of thinking can affect us in all areas of our life.

The horn and halo effect can show up during recruiting efforts, leading us to eliminate candidates that are well qualified for reasons unrelated to their skillset. Often our subconscious biases are based on appearance. Studies have found that people who are considered attractive are far more likely to be hired than people who are considered unattractive. People tend to assign many positive qualities to those attractive people, without having any evidence that the exist. In addition, recruiters and interviewers may bring in biases that are unfounded, such as thinking that someone who is overweight is lazy.

When we manage people, these tendencies can be particularly damaging to the relationships we have with our employees.

It can sneak into performance reviews we give to subordinates, causing us to increase or decrease an overall rating. We may penalize certain behavior with one employee while overlooking it with another employee, based on our personal bias.

We may not recognize improved behavior in someone we dislike, as we may distrust that the change is lasting. “Oh, they are just doing it to get people off their back. They will be up to their old tricks soon enough”.

At the same time, we may not see poor or unacceptable behavior in someone we like. “Oh, John would never have done that, Suzie must have misunderstood his intentions.”

It can lead to accusations of favoritism or discrimination in the workplace.

It also means that we will be less patient with questions, less inclined to explain concepts more than once, and less likely to consider the ideas and suggestions of employees we dislike.

We will be less likely to choose those people to serve on committees with us or to involve them in key projects.

Thus, the recipients won’t learn as much, won’t work as effectively, and won’t get the exposure that comes with higher profile assignments.

This leads to fewer promotions. People who are overlooked for projects and promotions tend feel disrespected and angry and unhappy.

Managers, already disliking the employee, feel justified in their dislike, since the employee is clearly unhappy and angry.

And the vicious cycle repeats.

So, what can we do about it?

The first step is to recognize that this is something everyone tends to do, when intentionally or not. It’s human nature to want to be a good judge of character, to want to be right.

The second step is to learn how to step back when we interact with people. If someone makes a suggestion and our automatic kneejerk reaction is to decline it, are we basing at least part of that reaction on the bearer of the suggestion? Would we have the same reaction if someone else that we like more (or anyone else) had made that same suggestion?

Evaluating ideas purely on their merits and not based on the individual who proposed the idea can be a challenge, but it can be done when we make a conscious effort to do so. Ask yourself regularly what bias you are bringing to the decision-making process.

What if you are on the receiving end of the horn effect?

If you have ever felt like you could do nothing right for a certain boss, you may have been on the receiving end of the horn effect. Regardless of whether the boss’s dislike of you was deserved or not, it may have been coloring all of his or her interactions with you. It can make us feel like we are hitting our head against the wall trying to please them. It can be tough to get someone to change their first impressions, though sometimes it can be done. It will take patience, consistency, and a certain amount of pointing out of your accomplishments/efforts (which naturally can backfire into the boss thinking you are conceited and bragging).

You have a limited amount of control over other people’s perceptions and opinions of you, but there is some amount within your control. Do everything you can to ensure that people have realistic expectations of you and consider carefully how to call out a manager when you believe they are judging you unfairly. It may be necessary to involve the human resources department.

One of the most difficult elements of this is that our feelings get hurt, particularly if we feel like someone unjustly doesn’t like or appreciate us. It’s important to be able to separate the hurt feelings from the legitimate issues you are raising. You need to be able to show objective evidence of the differing treatment you are receiving, and hurt feelings will cloud your judgment on that process.

What if you are on the receiving end of the halo effect?

You may squeal with pleasure at the realization that you have been getting the benefit of the doubt on your behavior because someone likes you, but don’t be so quick to celebrate. You may inadvertently be the cause of ill will and poor morale within the company, if others feel like you are getting special treatment and they aren’t. You need to be cognizant of your role in that situation, even if you aren’t deliberately trying to take advantage of it.

One way you might be able to use your good karma is interceding on behalf of those being judged unfairly. The judging person may be more open to hearing the perceived criticism from someone they like, and they may be more inclined to take the comments seriously and make changes in their behavior.

What if you can’t turn around the boss’ behavior?

Ultimately, the best option may end up being leaving the position where we feel unfairly treated. Clearly this is not a decision to be made lightly and it can be frustrating and disappointing if it is a job we otherwise love.

Our efforts to effect change may be for naught when behavior and decisions are based on feelings deeply hidden away and subconsciously acted upon. Most people would vehemently deny that they were treating anyone unfairly without strong objective evidence. They would also be absolutely certain that they judged every idea presented to them on the merits, not on the presenter.

We often rationalize our behavior, looking for clues in the person we are judging to validate that our feelings, and thus our subsequent actions, are justified.

By developing our critical thinking skills and using honest self-reflection we can minimize the effects of these biases and learn to overcome them.

One comment on “The Insidious Horn or Halo Effect”