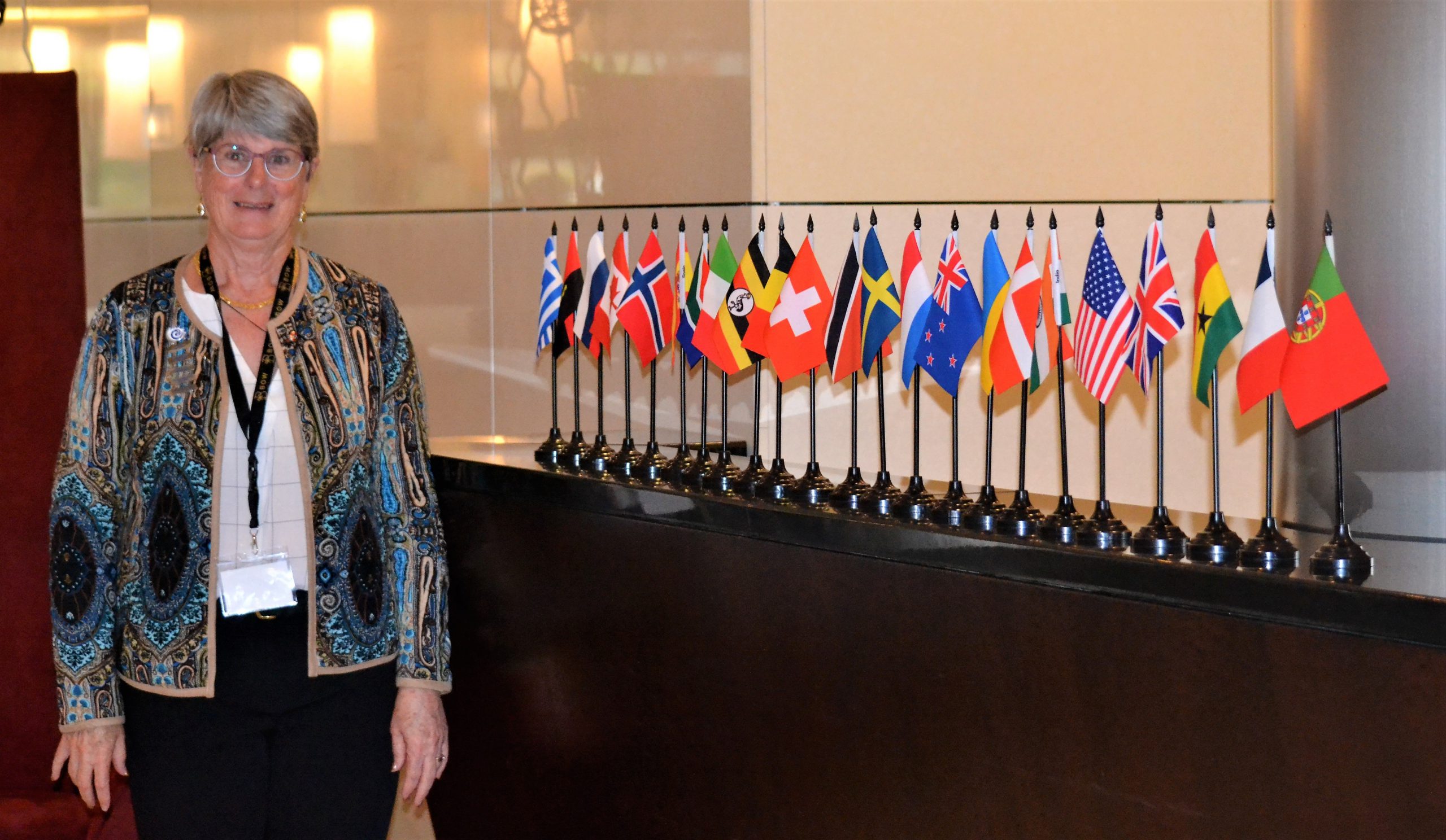 On 24 and 25 October 2018 we had 22 countries represented by 41 formal country delegates at the WASummit. The Summit was hosted by IMA in Frankfurt, Germany adjacent to their own international conference and Annual General Meeting.

There was energy, commitment and enthusiasm to discuss the topics on our agenda.

The countries presented their reports on Goal 3 – Moving with the times in the 21st Century from Administra. These were fascinating and well researched within each country. They highlighted the divide between some countries on access to the internet and current versions of software which makes it difficult for those countries to easily participate in the digital world at the same level. These reports provided a basis for discussions over the following few days, both at the WASummit and IMA’s annual conference.

Our next session was a plenary on the three topics from the 9th WASummit in 2015; the full research reports are on our website www.worldadministratorssummit.com. These reports were the result of a huge amount of work by all three teams. Early in 2018 the Advisory Council conducted an international survey on Position Titles, Tasks and Networking to provide data for our reports. This survey received 3,300+ responses from 60 countries, one of the biggest surveys conducted internationally specifically into our profession.  These reports provide the underpinning research for much of our future work.

The International Credentialing research was undertaken through “desk top research” looking at what is currently available. This topic requires further work to address stage 2 as set out in the recommendations, which were accepted with minor amendments. This work links into the new topic on Consistent Position Descriptions and Career Pathways.

The International Position Titles research provides a basis for the new topic of Consistent Position Descriptions and Career Pathways. It provides valuable information on skill sets and perceptions of the role for the new project. The recommendations were amended significantly before being accepted.

Finally, International Networking. The research recommendations in the report were amended slightly and accepted. A new team will work on how best to develop, make accessible, and manage, a closed LinkedIn discussion group.

The Delegates voted on accepting the outcomes from the discussion groups on the new topics:

1. Digital Technology Advances – the Future of the Role

Administra, the World Action Plan, covers this topic well, even though it was written in 2008. Some wording adjustments within Administra are required to reflect what is important to the profession today. The Chairman and one of the German delegates will work on this.

This will be the largest piece of work and has linkages with the research undertaken over the past three years into International Credentialing and Position Titles. The aim is to develop a tool to assist every administrative/office professional to understand how their role, skills and qualifications fit together, internationally. Teams will be working on this over the next two years and we will report back on progress or, preferably, completion in New Zealand in 2020.

3. Identity and Image of our Profession

This will lead to work primarily on templates to assist administrative and office professionals, for example for a personal portfolio, and the team is working on that over the next two months.

4. Workplace Harassment – how do we manage this?

Given the wide cultural differences this will take some work but over the next few months a team will be working on Codes of Conduct and ways of managing workplace harassment. In our final plenary session, the delegates voted to reduce the time in between WASummit events from three years to two years.

New Zealand was confirmed as the next Host Country for the 11th WASummit in 2020 and provided letters of invitation from the Prime Minister of New Zealand, the Right Honourable Jacinda Ardern, and from the Association of Administrative Professionals New Zealand Inc, National President, Alison McKessar.

The United States of America presented a bid to host the 12th WASummit in 2022. This was accepted then confirmed and announced at the closing dinner that evening.

Our Closing Dinner included a speech by the Delegate from Canada, Rhonda Scarf (CSP – Certified Professional Speaker) of On the Right Track, where she used the word “Admin” to set out what is valuable and important to and about us all in this profession.

We also presented South Africa with the Pitman Training Super Achievers Community Award won by the Advisory Council, a £1,000.00 training package, for their Isipho Foundation students.

All outcomes, including amended recommendations in the three research reports, will be shared over the next few months with delegates, ambassadors, associations and those who have expressed interest in the WASummit, and will go onto our website. These groups are asked to share widely with their own networks.

It was a truly awesome, powerful, exciting, exhausting and uplifting few days.

It was also a true example of team-work, in its widest sense and across international borders:

I would like everyone to note that all this work has been – and will continue to be – undertaken by volunteers who do this alongside their own full-time paid work, their families and often their own professional association and other commitments.

We can’t thank them enough as they do it for all of us.

It has been a huge international team effort, all for this profession and to meet the purpose from Administra which reads “…to guide, influence and positively develop this profession.”