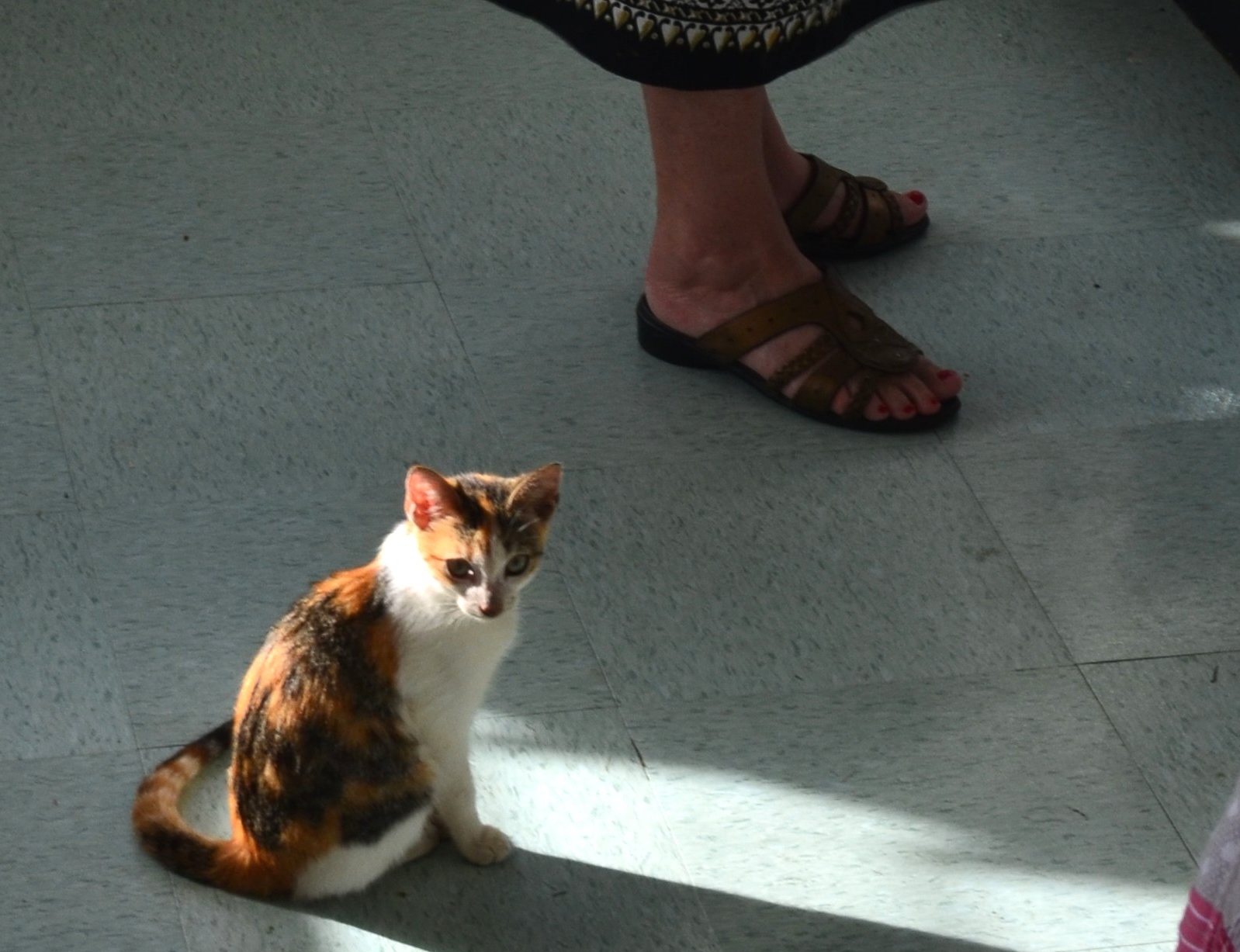 We have been here in Samoa for almost seven months and are starting the countdown until our time is over – not as “I can’t wait” but as “Help, there is still so much to do!” The last couple of months have been quite challenging with health issues, a feeling of being away from home for quite a long time and a few work challenges. However we have worked through these things and are now looking at how little time there is left and what things we still wish to do before we head home.

We had a difficult time last month when Charles got really sick which resulted in 36 hours in hospital on an IV. He was initially treated for typhoid, however while he did have an infection it wasn’t typhoid but he was seriously dehydrated. It took about a month for him to get back to feeling his usual self and so our life slowed down a little. VSA who sent us here were very supportive and offered to fly us home if we felt we needed to and, interestingly, once we knew we could we decided it wasn’t necessary.

Recently we were adopted by a tiny tortoiseshell kitten who was howling piteously on the road outside our place. Charles went out to rescue her, called and she came running, most unusual for Samoan cats which usually run away. She snuggled into his arms, purred madly happily transferring that to me as well. We kept her for a week, fed her up and found a home for her. She really stole our hearts; she was so very affectionate while also being very mischievous as she became more and more familiar with her new environment. She was collected by her new owner, 11-year-old Cassidy and her family. We know she will be loved and probably end up sleeping in Cassidy’s bed! It was a sad moment but the right thing to do as we have such a short time left here.

Our feelings of being away from home for quite some time were highlighted and alleviated by a recent visit from a close friend of mine, Tricia and her husband Brian. It has been wonderful to have someone from my circle of friends to talk about things from home and share our stories with.

Tricia joined with me to run a training session for some of the administrative professionals I have met. This group are forming their own network; they are starting with preparing for an Administrative Professionals Day (APD) event next year and then hope to continue by forming their own Association. I have presented to them on the value of recognising their work in various ways:

Our session was on Mentoring and Minute Taking. We had such a lot of fun – we introduced new ideas on mentoring, and confirmed and enhanced already held knowledge of minute taking. About 15 people attended and while there were some serious moments the session will go down in my memory as one filled with laughter and a huge desire for new knowledge, Tricia and I left on a high.

We took Brian and Tricia to visit the final home of the author Robert Louis Stephenson which is here in Apia. We were impressed with the museum that has been set up in his honour in his former home. His Samoan name is Tusitala (the teller of tales), his skill which led to him being beloved here in Samoa.

His home was well set up for the times of the late 19th Century and served as both the German and then the New Zealand High Commissions earlier in the 20th Century. It included an area which was designated as a hospital where he and the members of his household were cared for by his wife when they were ill.

He died in his home, “with his boots on” as he requested. His grave is at the top of Mount Vaea which I have climbed once, Charles several times. It impressed me how his coffin and the material to make his grave site were ever transported up this steep and unforgiving hill, a true feat of love for him and of strength from the Samoan people.

We had both become very tired and this was affecting us at work. We discussed more flexible hours with our work colleagues which they very readily agreed to. We now have some time off during the week which helps us both. We are also discussing with VSA in New Zealand the requirements for a further volunteer to replace us and take the work we have done to another level next year.