Punctuation in the Digital Age 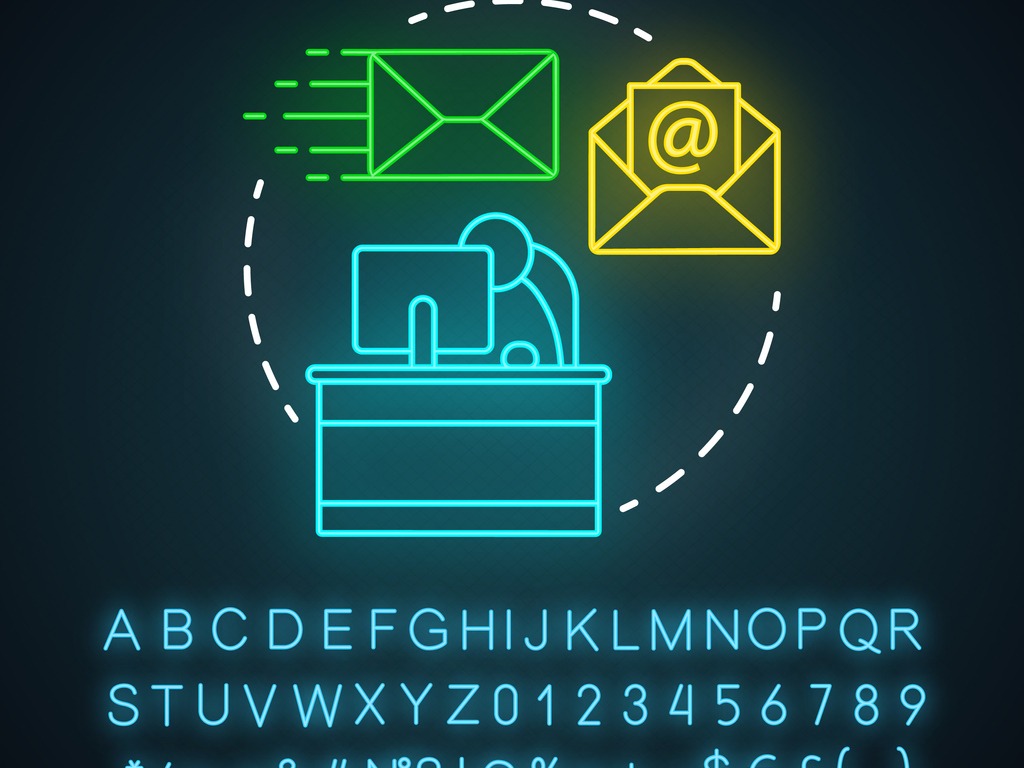 We are all time poor.  We are used to using ‘text speak’ on social media apps where we have autocorrect, or it doesn’t matter if we make a typo, miss a comma, forget a full stop (period) and so on.  The question we are often asked in this digital age is, Do I really need to bother using correct punctuation with email?

The answer is Yes!

A well-punctuated email helps save everyone’s time and thus contributes to improving performance.

Here are the five main reasons why:

1. Proper punctuation makes it easier for the recipient to read and hence respond properly to your message.

2. It reduces the scope for a misunderstanding which at worst can result in an email war, another ‘email-gate’ disaster and HR tribunal. All these are expensive and may even damage your reputation.

3. Correct punctuation makes it easy for the recipient to read your message and reduces the potential rounds of email ping pong. Email ping pong is one of the biggest sources of email overload and time misspent.

4. The emails you send are your digital dress code. The recipient may never have physically met you, for example if they are a customer, in another department, or an external supplier. Sloppy email implies sloppy you.

5. Emails can be used as evidence. You would not want to leave anything you wrote open to interpretation.

What Are You Trying to Say?

We were all taught punctuation at school, but it’s easy to forget some of the basic lessons which help everyone be more productive. Most email systems have a form of spellcheck and a punctuation and grammar check, but they are not so good at checking for context.

Richard is going to be the new Marketing Director.

Richard is going to be the new Marketing Director?

Richard is going to be the new Marketing Director!

The way these are punctuated mean they each have different meanings.  The first is a statement of fact.  The second a question, or gossip.  The exclamation mark on the third example implies emotions such as amazement (is he capable?), excitement (best man for the job) and perhaps anger at his appointment.

Look at your sentences and ask yourself, “what am I trying to say?”  How might the recipient interpret what you are saying?

The Top Seven Forms of Punctuation

Knowing and understanding the rules of punctuation ensures your meaning is clear. The key is to keep your sentences short and neutral (not emotional).

There are seven top forms of punctuation which help you create a professional image, save time, and reduce the scope for any misunderstanding.

A full stop or period marks the end of a complete idea which is written as one sentence, where using a comma would not make sense.

This article is an extract from our new book.  Tomorrow we are working on a new webinar.

Joining these sentences with a comma is not appropriate as they are not explicitly linked.

Can be used to separate items in a list or for joining separate, but linked, ideas in a sentence.

This article is an extract from our new book, it will soon be available as a webinar.

Shows that either an item belongs to someone or as an abbreviation where a letter is missing.

Don’t fill the printer paper tray too full otherwise it will jam. (The apostrophe replaces the missing ‘o’ of not).

An apostrophe should never be used on a plural word if there is no ownership.

‘Its’ means something in the sentence belongs to someone or something.

The webinar will be run by Jane.  Its focus is on time management. (In this sentence ‘its’ refers to the webinar).

‘It’s’ means that two words have been joined together – it and is or it and has.  The golden rule for deciding which one to use is, if you substitute the ‘its’ with ‘it is’ or ‘it has’, does the sentence still make sense?

Using the previous example, ‘Its focus is on time management’ does not make sense when ‘its’ is replaced with ‘it is’ or ‘it has’, therefore an apostrophe is not needed.

Used to link two ideas together.

Lucy went for a ride.  There was a band playing in the park.

Lucy went for a ride: there was a band playing in the park.

The first sentence suggests the two are not connected whereas the second sentence implies Lucy went for a ride to the park to hear the band.

This is used to connect two related ideas which might otherwise make very short complete sentences and hence avoid the use of words such as ‘and’, ‘yet’, ‘but’, and ‘while’.

I opened a good bottle of wine today; life is too short to drink bad wine.

I like most red fruits: plums and raspberries are my favourites.

A semi-colon connects two complete sentences without using the words ‘and’, ‘yet’, ‘but’, and ‘while’.

I like most red fruits; it’s easier to make jam from plums and raspberries.

First, let’s take the obvious use which is either to indicate unusual words or what a person said, as shown in the examples below:

The ‘chardonnay’ grape is very versatile and can be used to make a range of wines from very dry like ‘Pouilly-Fuissé’ to complex and rich like ‘Meursault’.

Chelsea said, ‘the insurance premium will be the same as last year’.

Second, is it double or single quotation marks? Which type you use is, to some extent, a matter of choice. Having said that, British English tends towards single quotes whilst American English uses double quotes. The golden rule is to choose one type and stick to it: don’t mix them in a single piece of content.

Of course, there is an exception. The only time to mix the two types is to indicate either a quote or special word within another quotation.

David said, ‘If we travel to Burgundy, we can taste some very good examples of the different styles of wine made from the “Chardonnay” grape’.

These are used to add extra meaning to the information before the parenthesis.  They are not essential but may help the recipient understand what you are saying.

Jane (last year’s EA of the Year) is expected to be a judge on this year’s panel.

In this example the phrase in brackets is not essential; it tells someone who might not know Jane more about her credentials for being asked to be a judge.

To some extent this is one for both the grammar and technology geeks. Yes, there are three different types of dashes.

The baby (shortest) of the three, the hyphen is most commonly used to combine words such as well-being, basic-level, forward-thinking.  Over time such words often become one.  For example, for many years it was ‘e-mail’.  Now more often than not it is simply ‘email’.

Numbers between twenty-one and ninety-nine should ideally be hyphenated as shown.

The hyphen is often used to separate the numbers of a phone number, especially in the USA. For example, 555-456-789.  However, if you use them in your email signature or on a website, those wanting to tap on them to automatically call you will not be able to do so.  Mobile devices don’t have the brain power (AI) to omit a dash in a phone number.  It is a little like using brackets after the international dialling code: +44 (0)1234 5678.  Very irritating when you are in a hurry and either have to manually punch in the numbers or try to edit the contact.

The next longest dash, about the width of the letter ‘N’, is like a super-hyphen. Not surprisingly, it is often mistaken for a hyphen.  The en dash is the more versatile of all the dashes as it can be used to add emphasis in place of a comma, colon, semi colon and parenthesis.  A good guideline is to use an en dash when you feel that a comma does not give sufficient emphasis and a full stop would not be appropriate.

There are two slightly different conventions for using a dash. The more modern one is to put white spaces at both ends of a dash, as above, while the older style uses no white spaces at all.  This is more common with the em dash (see below).

About the length of the letter ‘M’, this is the grandfather of the dash brigade.  It is more of an artistic punctuation mark.  It is used to indicate a pause in a sentence which is longer than a comma but weaker than a full stop.  Like the semicolon, the em dash adds clarity and emphasis.

The new member—wearing bright blue trousers just like his sponsor—won the match.

Multiple em dashes can be used to indicate missing words when quoting speech.

‘Jane was very cross and shouted ————— at the driver who hit her new car.’

How to Type the Different Forms of Dashes

This depends on whether you are a Mac or Windows user.

The method which works across all keyboards is to use the Insert Symbol Function.

From the Insert tab on the ribbon select Symbol.  Click on More Symbols and then select the Special Character Tab and there you see the en and em dash as shown in the diagram:

Note you can just use the Symbols tab, but you have to scroll around to find both dashes.  The plus side of using this method is that once you find and use the symbols, they then sit in the recently used symbols box.

These different types of dashes date back to the early days of the printing press.  They can add colour and professionalism to how you write, whether an email or a full document.  They can also be used for social media posts although generally you will need to type the post on a word processor and do a cut and paste job.  This may seem like a drawback, but the upside is that a word processor will pick up spelling and grammar mistakes, making your social media posts so much more professional.

For more information on grammar and punctuation, the best book on the subject is still ‘Eats Shoots & Leaves’ by Lynne Truss.  To test your knowledge, take the quiz in Sandy Geroux’s excellent article ‘Grammar Check’.