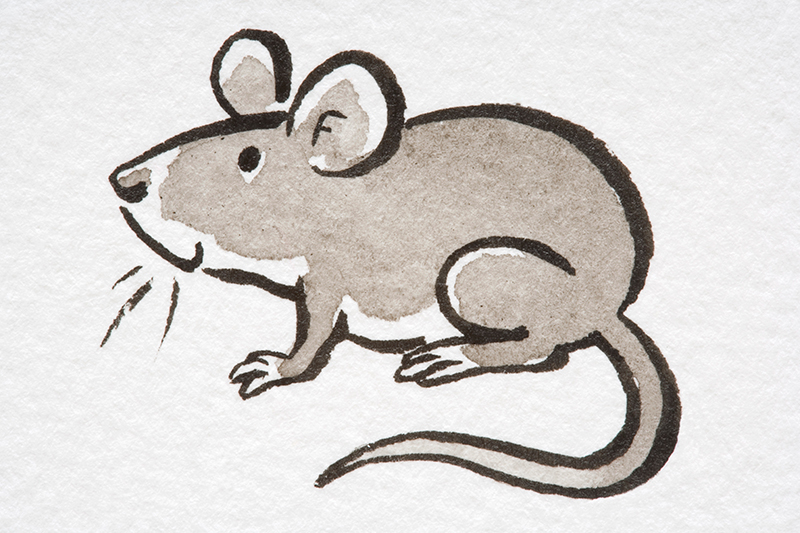 Imagine you have a phobia of mice. Now imagine you see a mouse cross the floor in front of you. You’ll probably emit a noise reflecting your terror and leap up on a convenient chair. Does this mean that mice are dangerous? Clearly not. Mice are just harmless furry creatures. You perceive them to be dangerous because your brain is programmed to fear mice, perhaps resulting from a scary experience when you were a child.

This doesn’t mean we shouldn’t react. Our reactions are automatic and can’t immediately be avoided, at least the feeling and “automatic thought” parts of our reaction. But if we want to get control over unhelpful patterns in our lives, such as our mouse phobia or unhelpful anger reactions, we can start by “owning” our reactions. That means recognising that our reactions are all about us. The situation or other person is only the trigger for our programming.

Owning our reactions enables us to separate the reaction from the trigger. If we want to unwind our mouse phobia then, once we’ve leapt up on the chair, we need to own the reaction. That means recognising the mouse is harmless and that the problem is our own programmed reaction. The second thing we need to do is accept our reaction (I covered this in a recent article about the benefits of accepting feelings).

The third and final thing we need to do is change our behaviour. I discussed this in my previous article which outlined the tool “accept the feeling, choose the action” as a means of unwinding unproductive patterns. I explained that if we want to unwind the programming that’s driving unproductive patterns, we need to repeatedly accept the feeling and do the opposite of whatever the feeling is telling us to do. In this case stop leaping up on chairs, or intentionally expose ourselves to mice in some way, while owning and accepting any reaction.

If you read my previous article you may recall that doing what a feeling is telling us to do will always reinforce the unconscious programming or beliefs that are driving the feeling. When we repeatedly accept the feeling and do the opposite, we’ll unwind the programming.

Some time ago, I had a client who had a strong reaction to criticism. When he was criticised he experienced a heavy adrenaline-based feeling in his stomach. He’d then habitually do what many people do when criticised…. defend and counter-attack.

He had a boss who tended to criticise others as a way of imposing his will. My client’s habitual response was creating conflict with his boss and harming his career. He wanted to do something about it.

He learned that whenever he responded in his habitual way, he was reinforcing the programming driving his reaction. He learned that to unwind his programming he needed to repeatedly own and accept his reaction and withhold the response. His critical boss conveniently gave him plenty of opportunities to practice. Within a few weeks his reaction had subsided and his problem was resolved. As far as I’m aware it hasn’t returned.

There’s a bonus to this approach for unwinding unproductive reactions. Whenever we own and accept a reaction, the reaction is likely to immediately subside. The reason is generally that owning and accepting our reaction requires us to focus on it. This takes our focus away from the trigger . Maintaining our focus on the person or situation that triggered our reaction will continue to feed it and so generally maintain it. Focusing on our reaction will allow it to die naturally because it’s no longer being maintained.

In my next article I’ll talk about how we can extend the principle of “owning our reactions” to owning our entire experience. “