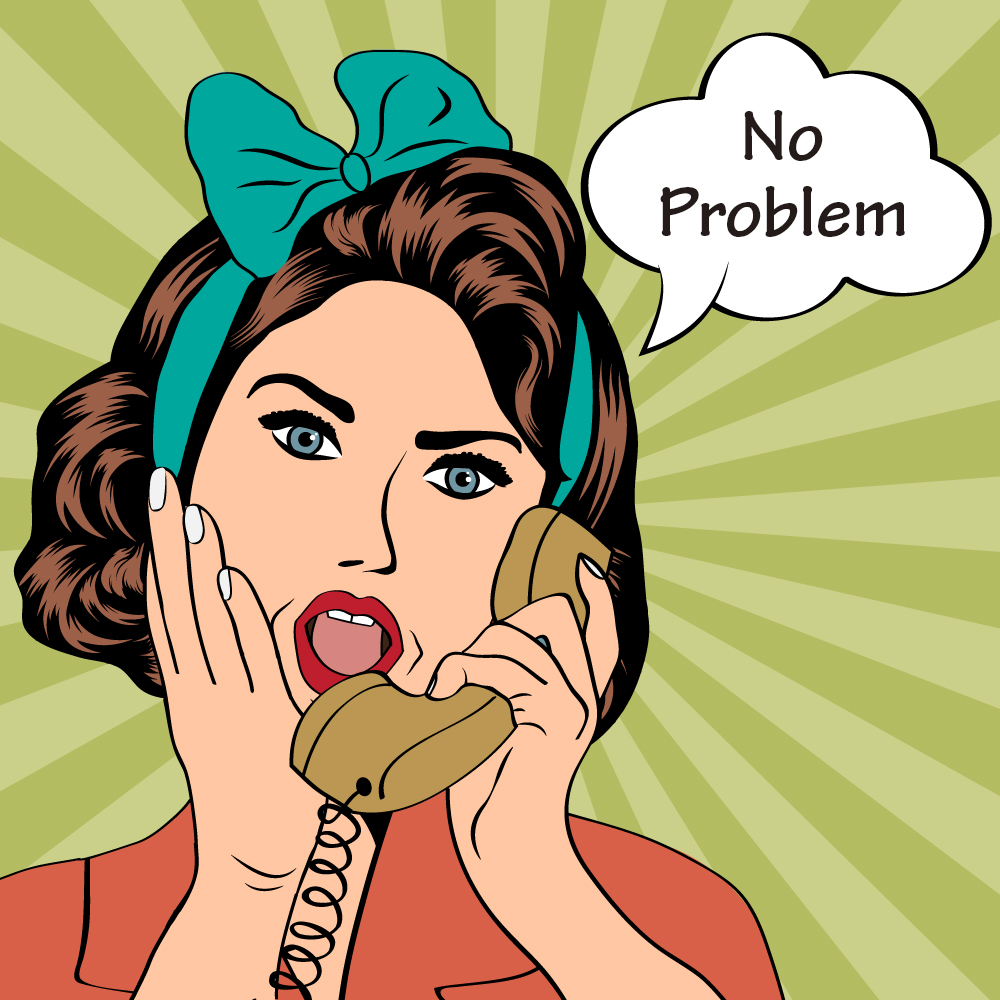 How many times have you responded, “no problem”? I know I have used that phrase. But that phrase can be a “problem” says Marsha Egan

Now, I’m sure that whenever you have used that phrase, you intended to convey a positive response. Your intentions were to let the other person feel good about requesting the task or appreciating your good deed.

But words are important.

While your intention was positive, your words might negatively influence how your message is interpreted.

Consider this: by even mentioning the word “problem,” we bring problems into the mix. Problems are negatives. Problems are downers. When you say “no problem” aren’t you really calling attention to the negative, the problems and the possible inconveniences?

There are many times when we might use the “no problem” response. These two business situations are when we tend to use this phrase the most:

When someone thanks you for an effort you made, he or she is going out of the way to appreciate your good deed. Responding with a heartfelt “you’re welcome” honors that effort. It keeps things on a positive note. The entire transaction is complete.

Saying “no problem” actually shifts the attention to the one getting thanked and diminishes the one thanking. It negates the gratitude by transforming it into debt and apology. It might even be seen as an indirect way of saying “it was a problem and I forgive you for it.”

Close behind the words “no problem” is the response, “it was nothing.” It was not nothing. It was something you willingly did. And someone is trying to appreciate that something.

Both of these phrases turn the attention to the receiver of the compliment, rather than honoring the outreach of the person thanking you. You have effectively put the appreciative person on the defensive.

Instead, let’s focus on valuing that appreciative comment, instead of detracting from it.

I’m reminded of the times when someone would tell me, “oh, what a pretty dress!” and my immature response was, “this old thing — It’s been hanging in my closet for years.” Yikes! That person just tried to pay me a compliment and I shoved it down her throat… Saying “no problem” or “it was nothing” can do the same, by putting the originator on the defensive.

Try one of these instead:

When we are tasked

The other time that “no problem” shows up is when someone asks us to do something. Whether it is your boss, spouse, friend or co-worker agreeing to do the task can easily lend itself to the “no problem” response.

Obviously, your intent is to convey that the request is easily fulfilled, or that you’re happy help. Your intentions are in the right place. The simple fact is that your words once again may not be.

I was recently hired by a company to work with a client who is a hotel concierge, and who they want to develop as a business leader. I was surprised to learn that one of their top goals of my working with this person was to have her stop using the phrase “no problem” with hotel guests. It was the only phrase she used whenever a guest or hotel employee thanked her for her efforts.

This was the first time I ever really considered the importance of this phrase. The more I thought about it, and the more I observed people and their responses to appreciative comments, the more I understood the impact of that specific phrasing.

In your mind, “no problem” may be synonymous with “Sure thing, boss.” You may think you are saying “it will be my pleasure.” But that may not be what the other person hears.

Try one of these instead:

If you are one of those people who respond “no problem” habitually, this task may take some effort. It takes focused attention to change a habit, and if those words habitually roll off your tongue, you may need to commit to a month of focusing on using the more positive responses.

It took my client two to three weeks to shift her responses. She told me that it wasn’t difficult, it just took focus. And catching herself, just before the words came out.

Seriously, your words do matter. Make sure they are not a “problem” for you.