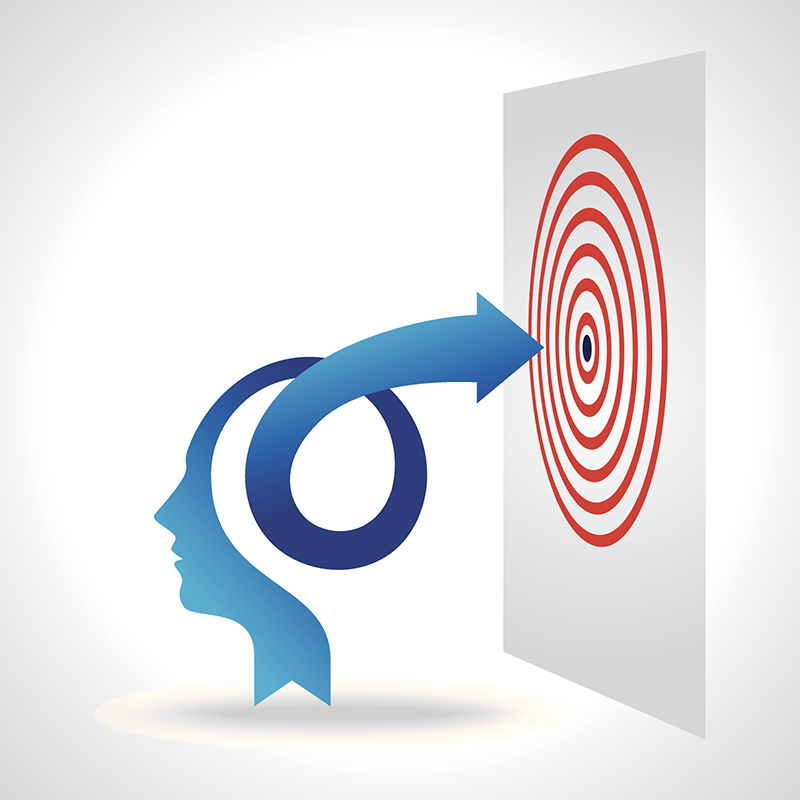 Jessica McGregor Johnson asks what is it, how do we get it, and why do some things motivate us more than others?

There are three definitions of a motive in the dictionary and they are:

Kind of looks as though we might be going in circle doesn’t it? Well, yes and no.  I think the jewel in all those definitions is the second sentence in the first point: the reason for doing something. The “why”.

Remember when we were children that we often asked the question “Why ?” to anything our parents asked us to do. “Go to bed” – “Why?” “Eat your vegetables” – “Why?” “Put on your shoes” – “Why?” The “Why” question drove our parents crazy.  However if you can remember back that far I bet you preferred a real answer rather than the ubiquitous “because”!

The same can be said today when we look at the motivation behind what we do and do not do.  It is the play between should and could, have to and would like to.  The reason for doing something. When it comes down to it we are like those children that need a reason to do something, especially if it is something that we are not that enamoured with.

Life would be a dream if we only had to do what we wanted.  However the reality of the situation is that you could be doing your dream job, be in your dream relationship, be living your dream life and there would still be bits of it that you didn’t particularly like.  These are the nitty gritty bits that are an integral part of the whole.  Without them life doesn’t flow.  Now you may be in the enviable position that you have someone to take care of these bits of your life.  This would be rather like a master chef who doesn’t care how much washing up he produces, as he never has to do it!  However most of us need to motivate ourselves through all the aspects of a project.

My first piece of advice would be to take a step back and see the bigger picture.  What whole is this a part of?  What is the final destination that this is going to move me towards?  Sometimes it is harder to see the reason with repetitive actions but there will still be a reason.  For example it could be as simple as feeling more at ease in a clean home because it isn’t all sitting there nagging at you to pick up a duster!

Goals play a large part in the picture here.  Be they the mini-practical-everyday-ones or the larger-than-life-ambitious-ones we do need to be clear about them.  Often when I work with people who are feeling unmotivated it is because they cannot clearly see how doing A might lead to B.  Also they sometimes have lost sight of B and therefore cannot join the dots.  If you haven’t gained clarity about your own personal goals then I suggest that is your first task.  If you need help, then working with someone to clarify them is an excellent idea.

Let’s take an example and work through it.  You’ve got your goal set and can see the bigger picture but you are still having trouble motivating yourself to keep to a regular exercise program.  You’d like to be fit, play sport, feel energised throughout the day, be healthy (bigger picture) but you can’t quite get yourself to commit to the idea.  Many times we make goals and think that we would really like to do/have/be that but it never quite reaches the realm of intention.

Once you have seen the bigger picture – the “why” you want to exercise – the next step is to ask yourself “is this just a nice idea?” or “am I hooked into it enough to start putting energy into it?”  Until we have really bought into something we are not going to want it enough to commit energy to it.  Sometimes we fool ourselves but the reality of the matter is that we obviously aren’t committed or we’d be doing it!

Going back to our example.  Say the reason you are not hooked into a regular exercise program is that you get to the end of the day and the last thing you want to do is go to the gym.  The sofa beckons and the idea of relaxing in front of the TV is far more appealing.  Even though you told yourself this morning that you were going to go to the gym it doesn’t make any difference come the end of the day.

So, how to get started?  One tip I found useful was the idea of the million-dollar intention.  If you were being offered a million dollars to do something – following an exercise program regularly – what would you be doing differently?

The million-dollar question helps you find what can get you motivated. It’s not the million dollars – it is the focus that the idea of the million dollars brings. Once we get going our own results motivate us, we see something starting to happen and then we can carry on.

Until we commit, any goal stays in the realm of desire.  Intention equals commitment and when we find ourselves unmotivated we need to question whether we still intend to complete this task.

One way to address this is to go back to “zero based thinking” a method originally created by Peter Drucker. The idea is to take yourself back to “zero” when thinking about the area of your life in which you feel unmotivated.

Think about your life before you started this project/activity and ask yourself, “Knowing what I know now, would I start on this goal or activity again?”

This can be a very tough but powerful question. You might find out that the goal you are heading for no longer holds any sway. It maybe time to rethink it. When confronted with this scenario we often feel reluctant to make changes especially if we have invested a lot of time and energy.  The golden question at this time is whether you want to continue an activity that you don’t enjoy simply because you feel you have to.  If the answer to the “zero” question is No – then either it is time to work towards discovering what you would like to do instead, or become creative in how you can re-commit.

Going back to our exercise example we may find that our answer might be that we would have made the decision to get fit but we aren’t enjoying the actual process.  What I would do if I were coaching someone on this issue is to explore the different ways that exercise can be included in their life, what sports can be played, how can fun be included in the equation, what could make exercise enticing?

This brings in another factor that can help us when motivation is lacking. Change.  Familiarity breeds contempt and this can be a big factor as we loose motivation. Take a look at what you do.  Is it by rote?  After doing the same thing for five years things can become boring.  How can you approach this task differently but still have the same outcome, still achieve what you wish?  For example there are many ways in which you can take exercise. Going for a run three times a week along the same route gets boring after a while, there is no motivational factor of better or faster after a certain level has been reached, it is more of the same old same old. So, change it!

Talking about change it is also a general thing that you can do when feeling unmotivated.  Change something personal.  Is there something that you have been promising yourself but not got around to?  It can be anything from taking that weekend workshop you like the look of, to learning a new skill, to something simple like changing your hairstyle or getting a massage. Sometimes motivation doesn’t come directly from the project you’ve become disenchanted with – it can come from how you feel about yourself and the energy you bring to each task.  What can you do to give yourself a general boost?  How can you feel more enthused about your life?  Go on, give it a try – it can work wonders!

Motivation is a very personal issue, what works for one person doesn’t necessarily work for another.  These are just a few ideas and you will need to take some time to look at your situation and decide what will work best for you.  Remember there is nothing nicer than that feeling of having achieved something that was on your goals list!