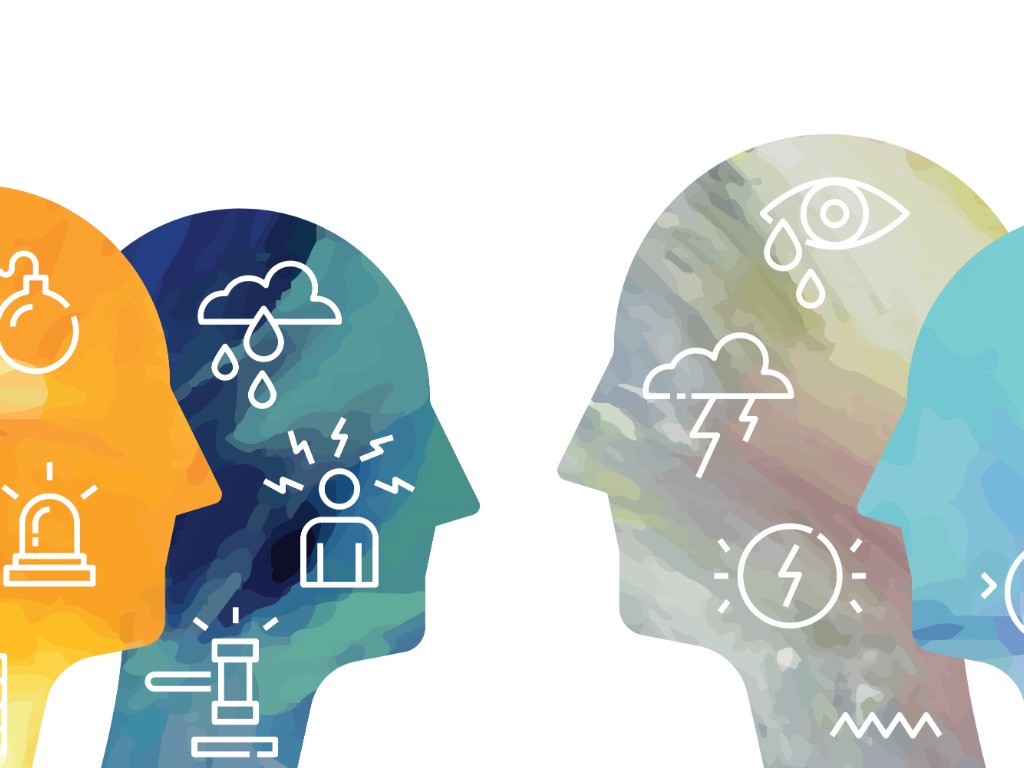 From my experience, the fear of failure is one of the biggest hurdles we set in front of ourselves. Unfortunately, this irrational fear can prevent us from ever achieving our potential.

The fear of failure stands in the present, but our gaze is toward the future. As a result, our minds fuel worst-case scenarios that could play out if we commit to action. We fear the consequences of crossing bridges, but we don’t even know if those bridges exist.

Then there is a fear of regret when we look back at our past and can’t fathom why we never took the chance. Why didn’t I tell someone how I felt? Why didn’t I do it when I had the chance? Why didn’t I spend more time with my kids? Why didn’t I call my parents more often? It’s only in hindsight that we are honest with ourselves that the time has passed, never to return. We ignored the tiny voice in us that continuously whispered, “Seize the day! Take the chance! Now, it’s your time!”

The End of Days

Bronnie Ware, an Australian nurse who worked many years in palliative care, wrote the book The Top Five Regrets of the Dying. She collected stories of regret from people at the end of their days.

She asked palliative patients about their regrets: if they could rewind the clock, what would they have done differently? There were several common themes she explored in her book.

I wish I’d had the courage to live a life true to myself, not the life others expected of me

“This was the most common regret of all. When people realise that their life is almost over and look back clearly, it is easy to see how many dreams have gone unfulfilled. Most people had not honoured even half of their dreams and had to die knowing that it was due to choices they had made or not made. Health brings a freedom very few realise until they no longer have it.”

I wish I hadn’t worked so hard

“This came from every male patient that I nursed. They missed their children’s youth and their partner’s companionship. Women also spoke of this regret, but as most were from an older generation, many of the female patients had not been breadwinners. All men I nursed deeply regretted spending so much of their lives on the treadmill of a work existence.”

I wish I’d had the courage to express my feelings

“Many people suppressed their feelings to keep peace with others. As a result, they settled for a mediocre existence and never became who they were truly capable of becoming. Many developed illnesses relating to the bitterness and resentment they carried as a result.”

I wish I had stayed in touch with my friends

“Often, they would not truly realise the full benefits of old friends until their dying weeks, and it was not always possible to track them down. Many had become so caught up in their own lives that they had let golden friendships slip by over the years. Many deep regrets about not giving friendships the time and effort they deserved. Everyone misses their friends when they are dying.”

I wish that I had let myself be happier

“This is a surprisingly common one. Many did not realise until the end that happiness is a choice. They had stayed stuck in old patterns and habits. The so-called ‘comfort’ of familiarity overflowed into their emotions, as well as their physical lives. Fear of change had them pretending to others and themselves that they were content, when deep within, they longed to laugh properly and have silliness in their life again.”

The Emotion of Fear

There is nothing wrong with fear. On the contrary, it is an emotion that heightens our senses and sharpens our attention. Fear only becomes problematic when we fail to address what is frightening us. Conversely, fears can become crippling when we choose to bury them instead of confronting them.

The Fear of Failure

In Carol Dweck’s book Mindset: The New Technology of Success, she describes how failure affects people who don’t believe they can learn from their mistakes.

Dweck explains how this kind of fixed mindset could lead to a single failure appearing worse than it is. Individuals with this mindset see themselves as finished products rather than works in progress. However, people with growth mindsets perceive such setbacks as opportunities to advance and develop.

If we are afraid to try, the only way to overcome that fear is to take action. Fear grows within our minds and becomes a regret if we don’t act.

People living with the fear of failure tend to be dealing with more profound anxiety, which is the fear of experiencing a diminished sense of self-worth. This feeling can linger for a lifetime and can flare up in times when we face uncertainty or the unknown.

Yet while failure can be detrimental to some, it can also motivate others. Many of the world’s most admired people experience failures before accomplishing incredible feats.

The only way to truly fail is to lose the hunger and give up striving. Successful people permit themselves to fail without fear of punishment. They learn to embrace the struggle, which is a pivotal part that enables them to succeed.

Perceived failures are signs that we need to learn more about ourselves. But, in the end, failing at something could be the best thing that ever happens to us.

Fear extinguishes far more dreams than failure does. Using our brain’s innate abilities makes it possible to break through a never-ending cycle of negativity and learn to embrace defeat rather than run from it.

The Fear of Regret

Regret is harder on the mind than failure. Failure is temporary. Regret is forever.

Dictionaries define regret as feeling sad, repentant, or disappointed over something that has happened or been done, especially a loss or missed opportunity. The regret I want to focus on is the sense of loss and missed opportunity.

The most significant difference between failure and regret is that one offers you a second chance. Failure means you can try again. In addition, the pain that arises from a failure is only temporary and fades with time. Regret is much more substantial, and the pain it causes us can plague us until the end of our days.

The puzzling aspect of this is that we tend to be more afraid of failure than we are of regret. If this is the case, we have our fear priorities in the wrong order. The reason regret comes after fear is that we think we have time.

No one I know likes to fail or the feeling of failure, but what makes the difference is how we respond post-failure. Some of us choose to learn from the experience and move forward. Others of us allow the failure to manifest into a gross fear that we learn to avoid at all costs. If we choose the latter over the former and continue to fear failure, regret will eventually be the outcome.

Regret is worse than failure because we can’t do anything about what we regret; indeed, we might get new opportunities to make different choices, but the past is still the past. It is gone forever.

On the other hand, failure always has the potential for different outcomes; we can choose to learn or dwell, but in the end, we still know something that we didn’t before.

Whenever we stretch ourselves in a new direction, whether it is learning a new skill or making decisions to move forward into an uncertain future, mistakes, miscalculations and mishaps will happen to some degree.

We know this from a rational perspective, but that is not where the challenge lies. It’s the emotional acceptance that usually trips us up. Even if we recognise mistakes can happen, it is all too easy for us to succumb to our inner critic and avoid disappointment. We tend to bend the knee to the fear of failure and avoid committing to action.

If we want to change how we think about success and failure, we must reverse negative thought patterns. I use the skill of Active Awareness in conjunction with the tools presented below to make the right choice.

The most effective method to transform fear into regret is to befriend my future self. I know that my future self will be powerless to affect my current reality. It is only my present self that can effect change at this moment.

So I take the perspective of my future self, which gives my present self the mandate to strategically and tactically commit to action, knowing that my current self cannot plan for every contingency or conclusion. Hindsight is a privilege only granted to my future self.

Skill 1: Pain is only temporary

I frame the pain of my current situation from a future perspective, which reads any struggle and discomfort as temporary.

If I only fixate on the perspective of my present self, it can feel like the distress and strain might be too much to bear in the moment. The anxious mind tends to exaggerate problems and pain and categorise it as chronic instead of what it is: acute and short-lived.

Skill 2: The long game vs the short game

The long-game perspective is essential to ensure I have the correct orientation and am heading in the right direction, but keeping my attention here too long can harm my motivation.

As a countermeasure to all this potentially destructive rumination, I focus on the short game. I ask myself questions such as, ‘What can I do to take action? How can I influence the situation? What do I control?’

Let me use an example to elaborate. I like to get up early on Saturday and Sunday mornings to go for long runs, which are between 15 to 20 km. However, some mornings I wake up not as recharged as I would like because my sleep was restless.

On those mornings, the prospect of grinding 20 km can seem daunting – that is, focusing on the long game. If I keep my attention there, it will sink my motivation.

Instead, I choose to shift my view to the short game – realistic, immediate, and achievable actions. The immediate goal is to run 1,000 metres. Once I’ve crossed that threshold, I focus on the next thousand. Before I know it, I’ve found my mojo, and I’m already halfway through my run.

Skill 3: Focus on the gains and not on the lack

I use this perspective tool when I’m struggling in the present. For instance, tailoring a comprehensive leadership program for a client can feel overwhelming when I look forward and see how much I still need to put together before I’m finished. My focus is on what I lack, and this can be demoralising.

Instead, I look over my shoulder to see how much I’ve already accomplished. I acknowledge what I’ve managed to do and how far I’ve traversed. I’m fully aware that the road is still long, but knowing how far I’ve come and the milestones I’ve reached instils within me the mindset needed to embrace the struggle.

Most of us only relate to ourselves in the present and seldom connect with our future selves. Yet befriending our future selves can inspire us and ignite us to take action in the here and now – because at the end of our days, it is regret