Get Out of Your Comfort Zone for Success 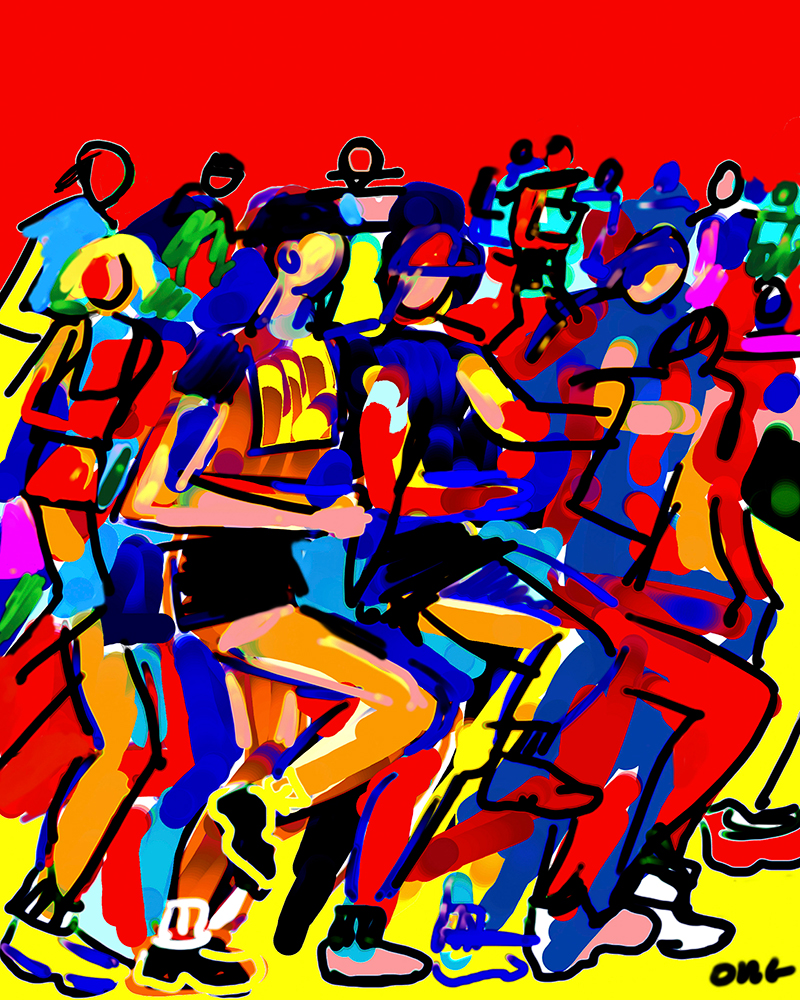 It’s Sunday morning, I’m watching the London Marathon. For the first time I am in London watching the runners go by in all shapes, guises and different costumes! I’ve watched it on television many times and been amazed at the tenacity of all these people making the decision to run 26 miles to basically get nowhere. Now don’t misunderstand me, but the fact is that they started in London and ended in London.

As they ran along the embankment it reminded me of the year 2000 – the year we set sail on the BT Global Challenge Round the World Yacht Race. The fleet, 12 magnificent 72ft yachts sailed into the Pool of London to raise awareness of the race – it was “publicity time”.

The media were everywhere, we were photographed, interviewed and articles were written about us. We were to race 25,000 miles. We would start from Southampton and arrive back in Southampton. It would last 10 months and someone said to me “What effect did it have on you apart from taking 10 months out of your life?” It made me realise the perception people had of the race. These crazy people would get on a yacht and sail 25,000 miles to return to the same port. Why would anyone do that? What would they have achieved? Why would someone spend all that time to get to the same place?

My response to the questioner was that it had actually taken me six years – his face was a picture. I explained that first we had been interviewed to see whether we had the right attitude, told to get on as many boats as possible for practice, we were called for a number of training sessions, each one five days over a weekend sailing with many different people and learning about the yachts (except we had brand new yachts for our race but the principal would be the same). We had a race around various buoys in a large bay on the south coast – it was exhilarating and scary – why? It was a taste of what was to come and also of how dangerous it might be. At one point we crossed in front of another yacht with about an inch to spare – the skippers were very skilled!

Nine months before we set off we were told who would be our skipper and who would be our fellow crew members. Many of those accepted had never set foot on a yacht before and I decided that I needed to have some additional knowledge in case my skipper and fellow crew were either ill or injured – I wanted/needed to know how to get the yacht back to port! I got my Yachtmaster qualification and learnt about diesel engines (one drives the water-maker – no water, no life!)

We trained and practiced as much as work would allow. Our goal was to win, nothing else. Life is not that easy. We had challenges only resolved halfway round the world because someone was strong enough to acknowledge the problem (the whistleblower in business!)

After six years of hard work we were unplaced due to the crash which was not our fault.

Just like the London Marathon runners, they will have set their eyes on a goal, have trained hard and visualised the race many times. It was very hot. They will have been supported by the crowd (friends and family) as we were as we raced. They will have absorbed the atmosphere whilst racing, concentrating on being the best they can be. They will be focussed, determined and put into practice all that they had learnt in order to get to the finish line.

Will they have achieved their goal? Some will, many won’t – not because they didn’t concentrate, or they didn’t try hard enough – believe me with all the training you do you are certainly going to try your hardest – but because something got in their way – an outside influence over which they had no control. But they will have learnt, they will have grown, they will be wiser and stronger to cope with other challenges that come along the way. They will have the knowledge that they achieved a goal against the odds. The experience will have changed them forever and they will have a quiet confidence that will allow them to continue to grow.

When will you take on a challenge that is outside your comfort zone?”