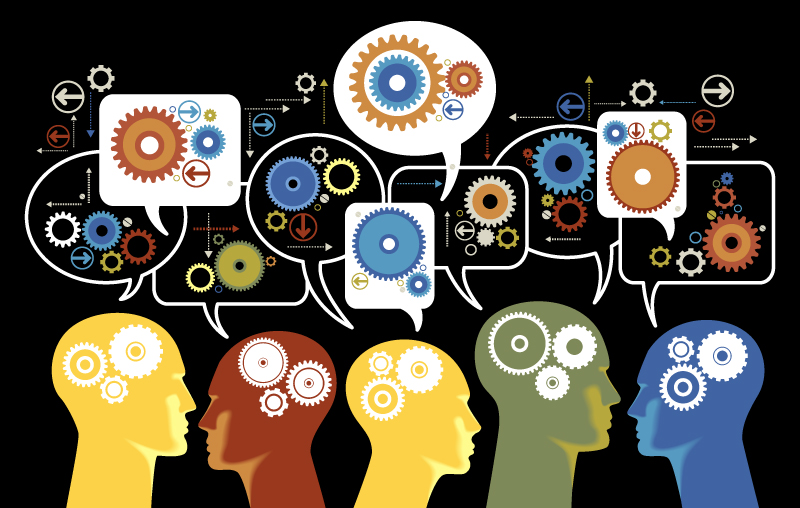 Aside from their vital role to the CEO, perhaps one of the most important roles any Executive Assistant plays is the portal for information to and from the CEO.

It is in this capacity that they must be exceptionally effective communicators; and at a higher level than almost anyone else as communication is about understanding, and understanding is performance. In this regard one could argue that the EA is more often a Chief Communication Officer (CCO). As such, their ability to effectively communicate with a wide variety of people on an even wider variety of topics is of paramount importance to the entire organization.

So just what is it that drives effective communication? There are countless articles and books on the topic, and lots of variables (eg trust, language, history between two people, prejudice etc) but the single most dominant thing affecting the quality of communication is the fact that every person has their owned preferred communication style. Over 80 years of scientific research have proven that every individual has an established behavioral style that dictates how he or she receives and transmits information. This “Natural Communication Style”, if you will, is something that develops early on in life and becomes somewhat engrained in who we are. As such, it operates outside the scope of our conscious awareness.

We don’t stop to think, “Is that what he meant?” or “How will this be received?” – not very often at least. For the most part we all just take it for granted that our understanding will be everyone’s understanding and our perception is universal.

Here’s what we know, though. All human brains start creating habits for thinking, communicating and behaving even before we’re born. Through the constant practice of childhood we develop some pretty concrete patterns that are set by our early 20s. Once these thinking habits are set they disappear
from our conscious thinking for the most part and simply take on a life of their own – impacting, influencing and in many ways controlling what we do and don’t see (or hear) without our truly being aware of it.

The most widely accepted theory for modeling these various communication habits belongs to Harvard psychologist William Marston, who developed the DISC theory of behavior. Marston’s model has been applied in more business settings than any other model in the world and has helped many millions of people.

According to Marston’s research, there are four primary types of communicators:

1 Highly Dominant Communicators: someone whose preferred means of communication is instant, practical, unemotional, expeditious and decisive but sometimes overly blunt or terse.

2 Highly Interactive Communicators: someone whose preferred means of communication is very interactive, responsive to others, aware of the emotions of the person they are communicating with but sometimes overly verbose.

3 Highly Stable Communicators: someone whose preferred means of communication is slow and steady, non-aggressive, careful and considerate but sometimes too unobtrusive.

4 Highly Accurate Communicators: someone whose preferred means of communication is methodical, very detail-oriented, logical and orderly but sometimes overly perfectionistic and black and white. Communication problems arise when any two people – failing to appreciate that the other has a different way of sharing and receiving information – have drastically opposite communication styles. When this occurs improper intent or emotion is perceived and the wrong message can be either sent or received by the other party. This is where misunderstanding ensues, conflicts occur and performance falls apart.

Or, the Highly Accurate communicator could be sharing ideas in their own way (ie perfectionistic, pedantic, etc) with a Highly Dominant communicator and think everything is just fine. Failing to appreciate the difference in styles, though, they fail to understand that the Dominant communicator just heard them speaking down to them, having to dummy everything down to excessive details so as not to lose them (because they’re not that smart). Conversely the Dominant communicator, becoming fed up with such minutiae quickly, cuts the person off to state that they just need to stick to the
big picture. In doing so, unfortunately, they don’t realize that the Accurate communicator just perceived them as being dismissive and is now offended.

In any of the multitude of combinations one could find in the different styles potentially attempting to communicate effectively with each other, there is no shortage of examples of how the wrong message is sent or meaning is misinterpreted. Regardless of which style is in conflict with which other style – the end result is poor communication that leads to poor results.

These styles are invisible, indelible and inevitable factors affecting the outcome of any communication. They don’t change after having been with us all our lives, and no training program will fix an issue by requiring someone to change the way in which they naturally communicate on a deep level.

The key to effectively communicating lies not in expecting everyone to take the same approach to interacting with everyone else. There is no universal set of rules that will work with everyone every time. The best way to ensure optimal understanding (and performance) is to take the time to learn your own communication style and the style of those you interact with. And that, thanks to Dr. Marston, is an exceptionally simple thing to do. All you need to do is invest 10 minutes to complete one of his simple instruments, and then… learn.

A simple Google search for DISC should return numerous results where you can access Marston’s profile. However, most of those sites will charge you a fee even though it’s a nominal one. So, here’s a link from my own DISC access where you can take one for free: https://profiles.innermetrix.com/vo/req. php?id=77c87143.”