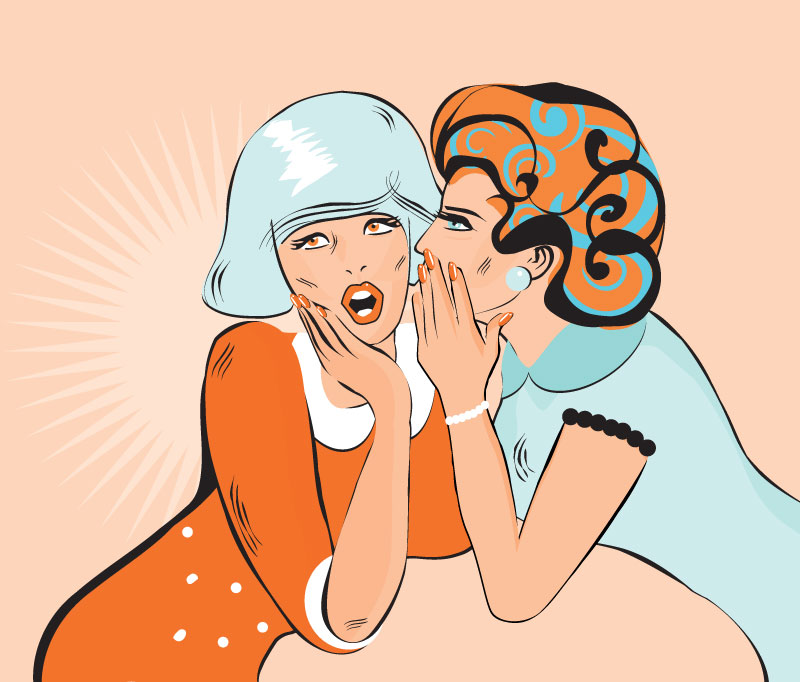 Many business coaches suggest we tell everyone our business goals – it makes them more real and it forces accountability. But according to Jessica McGregor Johnson author of “The Right T-Shirt” this is not a good idea. In fact the exact opposite is true – don’t tell everyone your goals!

“Why? Because these new ideas are tender and can get crushed all too easily. Your ideas need to grow in a protected environment for a while until they are so strong they are like bamboo shoots; whatever happens they will spring back.

This is particularly true in a business environment; we’ve all witnessed good ideas get shot down by unthinking colleagues or friends. Some colleagues look like supporters but in fact at the first sign of adversity they will say, “don’t worry, you tried, you can give up now.” And they don’t say that because they do not love you, but rather because your change challenges them. These are your soft enemies and you certainly don’t want to tell them your goals.

There are also the out-and-out enemies. These are more obvious, the people who are always negative no matter what idea you come up with. The ones who will shoot down an idea before you’ve even finished the sentence. Don’t share your goals with them either.

So if you can’t tell everyone, who can you tell? Your cheerleaders. These are the people in your life who will always stand by your side cheering you on with great big red pom-poms in both hands. They will help you stay strong if you flag along the path to achieving your goals.

So pick the people you share your shiny new business goals with carefully. I had a client with her own business who came up with an idea of an online version of her company. She kept it very close to her chest until the idea was fully formed and she knew that whatever anyone said she had such a clear vision of what she wanted to create that nothing would put her off.

Interestingly at this point she still did not know exactly how she was going to achieve it but the vision was really clear as to what it was. Just as when John F Kennedy declared that within 10 years America would put a man on the moon no-one in the world at that time knew how it would be done. However, his vision was so strong that no-one could pull him off track. That vision of what he wanted to happen and the way he conveyed it to the world was so inspiring and alive that everyone, including those who worked at NASA, believed it – and within the 10 years they had a man on the moon.

So guard your business ideas close, share them only with your cheerleaders until they are so strong within you that nothing will put you off and then when you do share them you will enrol people with your passions and clarity – and that is priceless. At that point all your “how will this get done?” questions will begin to get answered, either by yourself through the process of talking out your idea or by those you share it with and the ideas they offer. Then the magic of collaboration can happen and your goals can take off.”