Building relationships across cultures and nationalities 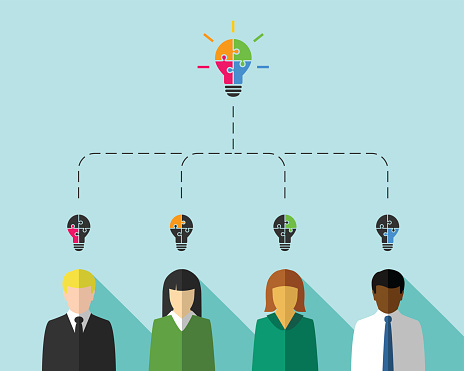 Celebrating diversity, rather than judging people who are different, is rewarding and fun says Maria Henze

Twenty-nine years living in 7 countries across Europe and the Middle East has certainly helped shape me into the person I am today. Living in different countries and working in several international organisations – such as the colourful and multi-cultural United Nations – has taught me many invaluable lessons and given me a varied and interesting professional life. It would be impossible to convey all that those experiences have given me.  I have therefore chosen to share what I have learned about building professional relationships across cultures and nationalities.

My best advice when building cross-cultural relationships is to be yourself whilst at the same time being sensitive and responsive to cultural differences.  It is always good to listen and observe when you find yourself in a new and different situation, treading a little carefully at first. Good working relationships mature over time, and this is particularly true in a multi-cultural workplace.

When you are a guest in someone else’s country, be sensitive to how things are done in their society.  Find out about their culture, traditions and values.  Seek out the locals and learn from them.  See the sights and explore places of interest.  Soaking up the atmosphere whilst learning about a country’s history is a sure way to develop an understanding for, and feel connected with, your new home.  At the same time, I would advise that if someone is a guest in your country, you should be sensitive and courteous and not expect them to understand how things work in your society straight away. Always assume that people want to learn, and be patient and kind as they do.

When you enter an international, multi-cultural work environment, apply the same strategies in order to establish and develop the best possible working relationships.  Just as traditions and values differ between countries, so do the practices of running businesses and organisations. Seeking out individuals who have worked in the company for a long time, or finding yourself a mentor, can be helpful ways to understand an organisation’s culture and the way it works.

When I was very young and at the beginning of my career working for the United Nations, I had a Japanese colleague who really illustrated to me how different we all are.  When I first encountered Hisato, I must admit that I was quite naïve and probably not very generous in terms of embracing behaviour which did not conform to my norms.  Whenever I passed Hisato in the corridor outside my office, he would apologise and smile vaguely whilst looking at the floor and pressing himself against the wall, making himself as small and invisible as he possibly could, in order to allow me to pass – even though the corridor was probably at least 4 metres wide. I remember thinking how unnecessary it was for him to do that, with only a vague appreciation of how polite he was being. Whenever we had a social event, Hisato would take pictures and distribute them to everyone, always accompanied with apologies for any “untimely shots” as he would say.  I remember wondering why he kept distributing pictures if he felt that he always needed to apologise for doing so. Again, Hisato was only being polite.

Hisato and his wife Suki once invited me and some colleagues for dinner at their house.  In the Middle East where I had lived for several years prior, it is customary to leave a little bit of food on your plate to indicate that you are full (otherwise your host will assume you are still hungry and will keep filling up your empty plate). I did the same at Hisato’s house.  I left some rice and a tiny bits of vegetable on my plate, and thanked my hosts for the lovely dinner.  They looked a little surprised and uncomfortable, as if they did not believe I had enjoyed the food. Only after a bit of discussion about Japanese customs and traditions did it become apparent to us all how we had misunderstood each other. I learned so much from Hisato.  He, and many other colleagues at the UN, helped me to embrace and appreciate cultural diversity in the workplace. Strangely, Hisato and I were on a first name basis from the very first day we were introduced, which may have been Hisato’s attempt to adapt to the work environment outside Japan.

Here are some reflections and advice around working alongside colleagues from a different culture, based on what I have learned over the years.

Be a role model by being a kind and considerate colleague.  Build bridges between people by helping them to understand each other. And remember, always treat others the way you, yourself, would like to be treated.

The ability to respect and appreciate cultural differences will, in turn, win you respect and appreciation from others. Bringing this sort of thinking into the workplace will not only open many doors and make your working life smoother, but it will certainly enrich and flavour your life too.