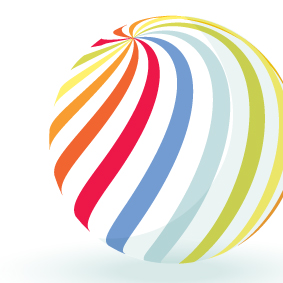 How to deal with setbacks in your career

You’ve just missed out on a promotion. You’ve been made redundant. You’ve failed an exam essential to the qualification you need. How do you deal with such set-backs?
Are you immobilised by regret, disappointment, stress or worry? Or are you the resilient type who can quickly shrug off disappointments and refocus on action to build the future?

In order to be able to focus on action we need to become more resilient to the setbacks that life will inevitably throw at us. By becoming resilient we can focus our attention on action rather than dwelling on past or present losses.

Some coaches and development trainers argue there’s no such thing as failure, only learning opportunities. Although this is a helpful perspective it’s not the whole story. In fact it’s usually unrealistic to expect us to review setbacks in such a positive way. Yes there can be learnings, but the truth is most people would rather do without the setback even if this means doing without the learning. I believe the problem with trying to ‘reframe’ setbacks into something positive, is that it reinforces the idea that situations can only be accepted if they’re positive.
Instead I’d suggest acceptance rather than ‘reframing’, viewing the latter as a bonus if we can do it. The key to resilience is to be able to accept negative situations and events, at the same time as focusing on action to change them or otherwise improve the future.
Almost all negative thoughts, such as regret, dissatisfaction, unhappiness, disappointment, upset, stress or irritation involve wishing something were ‘already’ different. In other words we’re wishing something that’s happened hadn’t happened or we’re wishing that a situation that exists right now didn’t exist right now. Both are wishing for the impossible.
Most people are aware the past cannot be changed and that it makes sense to accept it, though we may not always do this. We may not be so aware that the present can never be changed either. We may be able to change the next moment or the future but we can never undo what already is.
And yet that’s precisely what people want whenever they’re dissatisfied about anything. They want the past or present moment to be different, which is always impossible. The only exception is worrying about the future which is just as irrational – but more on that later.
Wanting things to be already different is called ‘resisting what is’. The opposite is ‘accepting what is’, which simply means not wishing things were already different. Being able to ‘accept what is’ is the basis of resilience. It enables us to focus only on action to improve the future.
I was introduced to the idea many years ago when I witnessed a middle ranking executive respond impressively to a career threatening setback. When I later congratulated the executive for his actions, he offered me some advice. He said, ‘When you’re faced with a challenge don’t waste a moment wishing it were different, just focus on what you can do to make it different’.

At first I thought surely you have to want something to be different to be motivated to change it. Then I realised the executive meant don’t waste a moment wishing it were already different. I remember my next thought was, isn’t this a rather obvious piece of wisdom? So I watched myself over the next day and found that, however obvious this wisdom may seem, I was wishing things were already different many times a day. I noticed everyone else seemed to be doing the same. Everyone that is except this executive, who seemed completely unstressed by events and only ever focused on action to improve the future. Many years later that executive became the chief executive of one of the world’s largest and most successful companies.

1. Create a habit of noticing whenever we’re wanting something to be ‘already’ different (easy enough as this is almost always what we’re doing whenever we’re dissatisfied about anything);
2. Recognise this is irrational as we’re wishing for the impossible;
3. Drop the thought (surprisingly easy once we’ve carried out the first two steps); and
4. Re-focus on action to improve the future, to the extent this is practical and worthwhile.

I suggest you initially practice on small things (burnt toast, red traffic lights, missed trains) and then build up to bigger things. With practice it becomes more automatic. With further practice it becomes more unconscious and negative thoughts eventually stop arising.
I recently made an error of judgement that cost me a great deal of money, a major setback. I was totally unfazed by the experience and only focused on action to rescue as much as I could of a bad situation. I now never wish things were already different.

Feelings or emotions can get in the way of ‘accepting what is’. It’s hard to engage in any type of rational thinking when we’re upset, angry or anxious. So I suggest we wait for feelings to subside before engaging in positive acceptance. I also train my clients how to deal with uncomfortable feelings using an acceptance-based approach.
A variation of the technique can be used to deal with worry. Whenever we’re worrying we’re wanting something to be different in the future from the way we think it might be and we believe we can’t control it. This is just as irrational as wishing things were already different. So my variation of positive acceptance is to again recognise we’re having an irrational thought, drop the thought and refocus only on how we can gain greater control over whatever we were worrying about.

Positive acceptance can also be challenging when we’re blaming ourselves or others for something that’s happened. We may realise it’s irrational to wish something were already different but we’re still locked into thinking it should have been different.

There is a variation of positive acceptance that can deal with this. It’s based on the determinist idea that we and others have always been doing our best, indeed probably the only thing we could have done, at each moment, given our knowledge, abilities, attitudes, strengths, weaknesses and awareness at the time. In order to have done better we would have needed to be a different person with slightly different characteristics at that moment.

We can accept what’s happened on this basis and refocus on changing ourselves or others so we do better next time.

I encourage all my clients to refuse to maintain irrational thoughts that involve ‘resisting what is’ (or what will be) and to instead focus on action to change the future. By practicing these techniques my clients become hugely resilient and much more satisfied and effective.

Learning to ‘accept what is’ all the time removes dissatisfaction from our lives. Sometimes I am asked whether dissatisfaction is helpful as it motivates us to take action. Occasionally this can be so but most of the time dissatisfaction is debilitating and de-motivating. It can be replaced by much more effective motivators such as having clear preferences about how we want the future to be and making a contribution to others. These motivators don’t detract from resilience and taking action and they’re not debilitating.

Once we’ve developed this level of resilience setbacks can be taken in our stride, while we focus on any lessons learned and taking action to rebuild the future.