Your Words or Mine? It’s Not Worth Losing Your Reputation 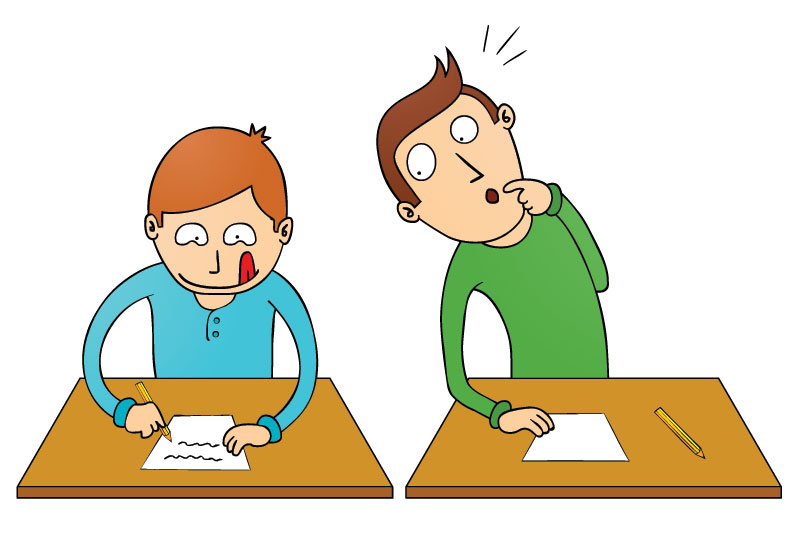 Why it’s worth keeping your cool when tempers fray, says Susie Kay…

Have you ever heard the saying that imitation is the sincerest form of flattery? As children we all played copycat games and they helped us to learn what is and is not socially acceptable.

As adults, these copycat tactics might be OK if someone loves your new red jacket so much that they rush out and buy one too. You run the risk of both turning up in the same outfit and everyone usually has a good laugh but, hey, no one really suffers.

But these games need to stop at some point. It is apparent, however, that some individuals don’t ever reach that cut-off point. The acceptance of imitation does not, in my view, extend to plagiarism. In case you are unfamiliar with the term, here is the definition: “Plagiarism is the ‘wrongful appropriation’ and ‘stealing and publication’ of another author’s ‘language, thoughts, ideas, or expressions’ and the representation of them as one’s own original work”. This is entirely different from reading or researching widely and absorbing or interpreting everything you see in order to create your own output.

This is a difficult area and the distinctions as to how we acquire and express our ideas are becoming increasingly blurred. Academia is having a difficult time ensuring that students are not guilty of this fairly insidious intellectual crime and the subject is being increasingly scrutinised as a by-product of our online experiences in order to avoid shortcuts to academic achievement in the most extreme cases.

And here is the second big “but”. If an individual is challenged about the originality of their work, especially if the original is yours, and their response is less than pleasant or downright rude, what do you do next?

I had to ask myself this question recently when a publication bearing more than a passing resemblance to something I wrote more than a year ago appeared as a new work. So, without attempting to take the moral high ground, my co-author and I acknowledged the publication and remarked that this is obviously an approach which people find useful, ie we understand the need to have published a similar book. Cue the abuse in return, which was more than disappointing as it would have been interesting to pursue a discussion on the content itself and its relevance in the workplace.

Which leads me to ask whether you have ever been so provoked by someone else’s behaviour that the reply that you want to make comes straight into your head, unedited? I literally had to shut my computer down so that I did not respond. It took me a moment to realise that the aggression was probably from embarrassment at being caught out but, nonetheless, it was unnecessary for me to stoop to that level so I left the comment unanswered and hope that people will draw their own conclusions about someone who feels it is OK to abuse a complete stranger in this way.

The main problem with a situation like this (and there are several) is that however much professionalism means to you in your working and personal life, there is always going to be someone who can push that button and make you want to say things you will later regret. Succumbing to the provocation really would not fit into your usual professional approach so my advice is – Don’t do it!

Stand up and take your hands off the keys. Walk away from your keypad. Go for a walk to calm down. Talk it over with a friend and think very clearly about what has annoyed you so much and why. Think very, very carefully about how a hasty response would be seen, not just by the person it is meant for but by the unknown audience who will no doubt see this interaction unfold on screen.

Students and young people trying to find their feet in the world of work are increasingly being shown how their onscreen output is being examined by potential employers. How much worse would it be if your current employer felt that your behaviour did their organisation a disservice? We all know how we feel about inferior customer service on the telephone and the conclusions we draw about the person on the other end of the line. The problem is the same for written disagreements onscreen.

So take a deep breath, walk away and maintain your own professionalism at all costs, no matter what the provocation.

“Imitation is the sincerest form of flattery.” – Charles Caleb Colton

“There is only one thing which is generally safe from plagiarism – self-denial.” – GK Chesterton