Workplace Wellbeing is Worth It 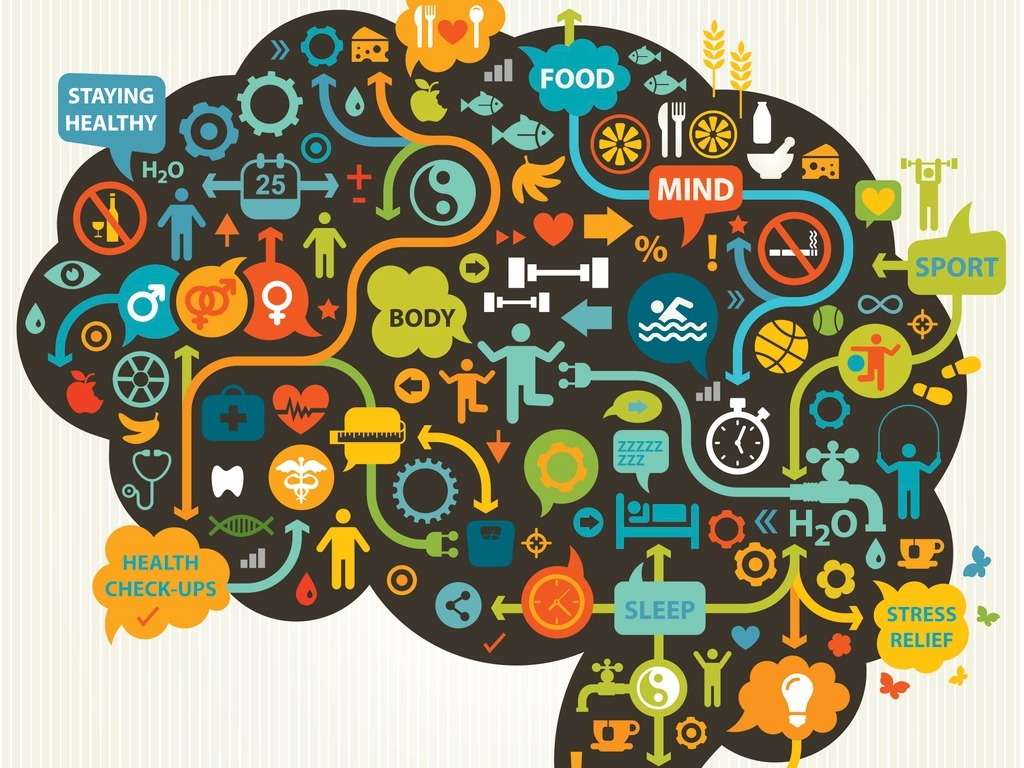 Around the world, the evidence shows that prioritising the wellbeing of staff positively impacts the bottom line explains Lauren Parsons

What sort of environment do you and your leadership team want to create in your workplace? Organisations that want to survive and thrive in the modern world need to prioritise the wellbeing of their most valuable asset – their staff. With the high pressures and the constant demands our fast-paced world puts on people, companies that create a thriving wellness culture will set themselves up to outperform others.

The recent Health and Safety at Work Act legislation introduced in New Zealand, legally requires employers to take all practical measures to ensure both the physical and mental health and safety of their staff. Not only is it logical to keep your staff safe – and the obvious ethical choice – it also makes great business sense. There are huge financial benefits to be reaped from creating an environment where people can perform at their peak.

By taking a positive and proactive approach to wellbeing, rather than a ‘bottom of the cliff’ approach, you can create high-performing teams. Most of all, you’ll be positioned to attract and retain key talent and knowledge within your organisation, a critical success factor during the current talent shortage we’re experiencing.

So, what is Wellbeing?

Collins Dictionary defines wellbeing as “the condition of being contented, healthy or successful” whereas the Oxford Dictionary says wellbeing is “a state of being comfortable, healthy and happy.” I much prefer the “and” conjunction used in the latter definition.

The World Health Organization says mental health is “a state of wellbeing in which the individual realizes his or her own abilities, can cope with the normal stresses of life, can work productively and fruitfully, and is able to make a contribution to his or her community.”

What are the Challenges?

In the modern workforce, an increasing number of roles require a great deal more thinking and mental capacity than ever before. We know that people that are mentally and emotionally fit and healthy are better able to perform their work and that poor health lowers productivity.

A major British study revealed that 48% of workers have experienced a mental health problem in their current job, but only half of those who had experienced poor mental health at work had spoken to their employer about it. This suggests that a quarter of workers are struggling in silence.

Statistics New Zealand showed that out of every ten people, two ‘always’ or ‘often’ felt stressed at work, whilst an international survey by Regus found 60% of New Zealand respondents were seeing more stress-related illnesses at work, such as headaches and panic attacks and 33% were having difficulty sleeping because of work worries.

Quality sleep is essential to wellbeing and fundamental to your brain and body’s ability to function, so this is key to having high-performing team members. Poor sleep contributes to anxiety and depression, something that is also on the rise, with one in five people experiencing some form of mental illness in any given year.

Alongside all of this, technology and social media are creating a world where we’re constantly accessible, yet less connected on a human level. Multiple studies show that social media use increases anxiety, depression and loneliness. Connection is fundamental to wellbeing and research shows that social connection is equally as predictive of life expectancy as obesity, high blood pressure or smoking.

Why Culture and Environment Matter

Imagine if you created an environment where staff were equipped with tools to boost their resilience, manage stress well, work efficiently and effectively and remain highly engaged team players. We know that attitudes are infectious and that the team culture and atmosphere you create directly impacts on performance.

A study in a UK hospital by psychologist Shawn Achor, author of The Happiness Advantage, took the customer service principles from the Ritz Carlton hotels and introduced them in the hospital environment. At the Ritz Carlton, staff are trained so that whenever a customer is within ten feet, they make eye contact and smile at you, and within five feet, they say hello.

Achor’s team trained the 11,000 staff to do the same with their patients. At first the doctors didn’t even want to participate. Their reaction was that they were “paid to save lives, not smile at people!” However, because the other support staff got on board and there was constant interaction throughout the hospital, it soon became reciprocated throughout the team.

Six months later, the likelihood of patients to be referred to that hospital based on the quality of care they received skyrocketed, which was one of their essential KPIs. Doctors’ happiness levels were the highest they had been in a decade. All this, simply from a one-second, positive initiative.

Achor asserts that when your brain is in positive mode, rather than negative, neutral or stressed, you are 31% more productive, that health improves by 39% and stress reduces by 23%. Cleary it’s worth investing time and effort into creating a positive workplace environment.

How a Sustainable Workforce Benefits Society

We have a moral and ethical responsibility to take care of our people. They can’t be treated like inanimate objects, working at high-speed, 24/7 like machines. A stressful environment creates friction and wear and tear, and measures need to be put in place to ensure the sustainability and peak performance of your team.

Because people’s work is such a significant part of their lives, the way your leaders show up each day and the way you do business matters to society. Focusing on wellbeing at work helps individuals, organisations and society as a whole. The evidence shows having good mental wellbeing makes staff more creative, more loyal, more productive and able to provide better customer satisfaction than those with poor levels of mental wellbeing.

What are the Returns?

By focusing on mental health and creating a positive workplace culture that supports people, not only do you avoid the negative impacts of stress, fatigue and burn out, you also benefit from a stronger, more effective workforce and retain that talent for longer.

Safework Australia showed that businesses that improve their mental health environment rating from poor to good, can save $1,887 per employee, per year, from lost productivity. Picture the financial impact on your organisation when you extrapolate that amount out based on your number of staff.

A 2014 PricewaterhouseCoopers study showed that the ROI is $2.30 for every dollar spent creating a psychologically healthy workplace, from reduced lost productivity, whereas a 2017 Deloitte study showed that ROI ranged from $4.00 to $9.00 with $4.20 return per dollar spent being the average across all sectors. They state that these figures are “conservative given the declining cost of technology-based interventions over time, increase in wages, cross-country differences and limited consideration of the full breadth of benefits.

The Critical Role of Leadership

First and foremost, it is vital that any initiatives are led from the top. In 2017, the WHO cited leadership commitment and engagement as the most important factor to achieve healthy workplaces, yet a 2016 British report showed only 60% of employees feel their line manager is genuinely concerned for their wellbeing.

It takes great managers to engage employees. Gallup showed that direct managers account for 70% of variation in staff engagement, which is vital because engaged workers are 28% more likely to participate in a wellness program offered by their company, than other employees. Participation is cited as the most critical success factor. You need to have a majority of staff taking part in initiatives in order to create real cut-through in terms of culture.

Senior leaders need to set the example in order for staff to feel comfortable following their lead. Creating a safe and positive environment starts with your organisational culture, and wellbeing needs to be aligned with and embedded into your vision and values.

Culture is much more than just the words on the wall and on paper in policy documents. It’s about the way things are done – what is tolerated, accepted and encouraged. If the latest initiative recommends taking regular movement breaks away from your desk, but managers appear to frown on team members actually doing so, staff won’t adopt the desired culture you’re aiming to achieve.

Leaders need to ask themselves “what behaviours do we want to see demonstrated and how can we encourage and reward that?” What gets measured matters. What if you started measuring the number of standing and walking meetings as opposed to seated ones, the number of positive recognition exchanges between colleagues each month, the number of times people brought their own lunch each week or how many days they could meet their targets in less than seven hours and head home early?

Perpetual Guardian, a New Zealand-based trust and wills firm, trialled a four-day work week. CEO Andrew Barnes proposed that staff work together to create efficiencies that would allow them to meet certain productivity goals, working just four days a week and as a reward, enjoy the fifth day off, remaining on full salary.

In Barnes’ TEDx talk he shares how their trial proved they could not just maintain but actually increase productivity while reducing time commitment and that doing so actually reduced stress. In fact, because productivity, engagement, job satisfaction, work-life balance and employee wellbeing had never been better, they have now adopted the practise full-time.

The NZ Mental Health Foundation states that in order to create change, leaders and managers need to model the behaviours they are communicating. Being authentic and sharing people’s stories is one way that organisations are breaking down barriers and creating a paradigm shift about wellbeing, making it OK to ask, “are you OK?”

It is also vital to ensure initiatives are proactive rather than reactionary. Deloitte have shown that employers can achieve better financial returns by “providing more interventions proactively at organisational culture and proactive stages enabling employees to thrive, rather than intervening at very late stages.”

Once senior leaders have made a commitment, set the example and created a proactive wellbeing culture the next step is equipping managers and teams. A British study showed that while employers want to do the right thing in terms of wellbeing, line managers often lack the training required to effectively support staff with only 24% of managers having received some form of training on mental health at work. By leading from the top and integrating wellbeing practices at all levels of an organisation, substantial change can be created.

What kind of difference do you want to make to your organisation? By creating a positive, energised workplace culture, you will boost morale, improve team dynamics and gain a reputation as a desirable employer. Not only will your people perform at their best, you will easily recruit and retain fantastic people, all driving your company to success.