Why You Should Talk to Your Boss 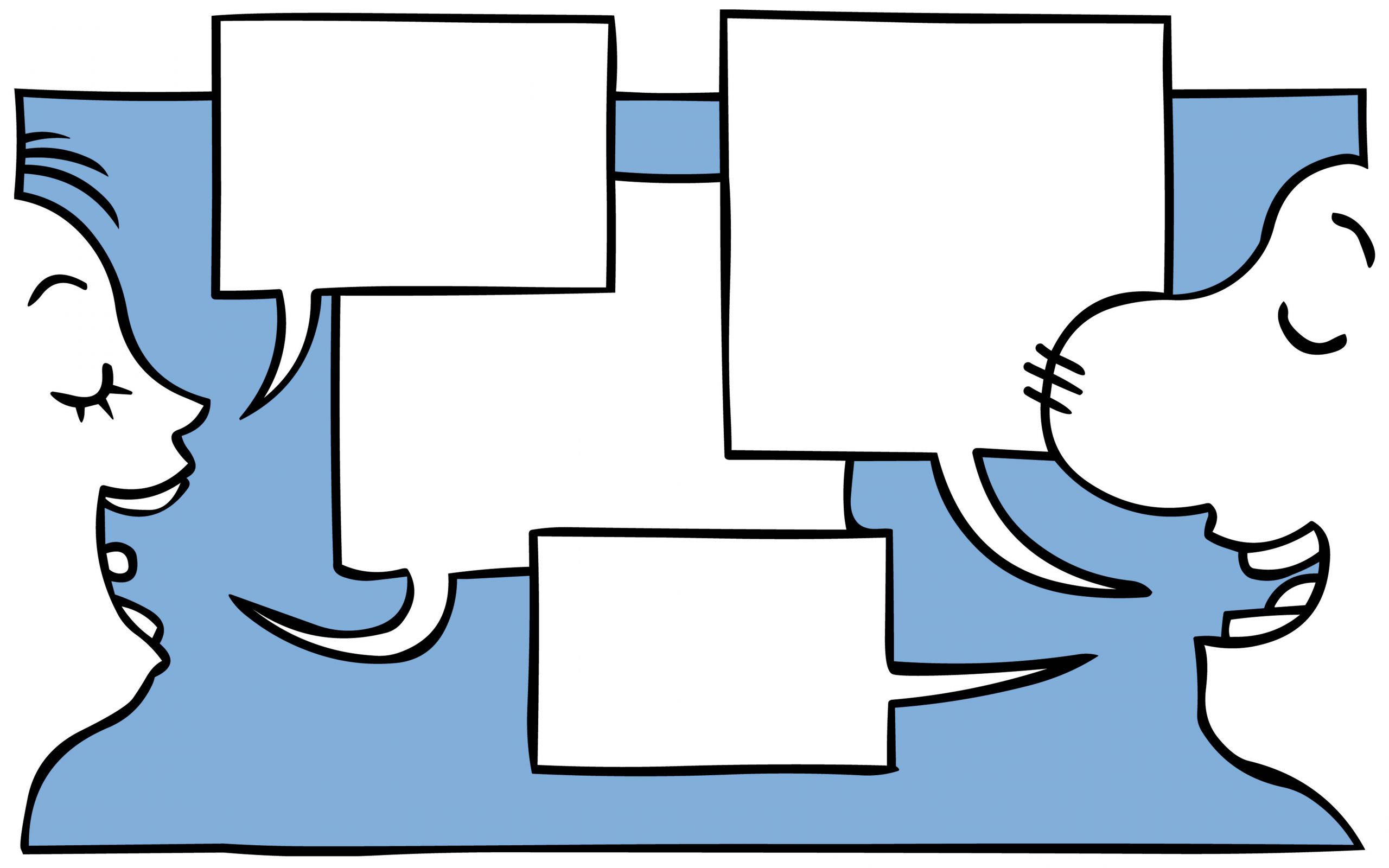 Adam Fidler explains why a successful boss/PA working relationship is founded on face-to-face communication, and how PAs fall into the ineffective trap of relying solely on email as a source of dialogue with their boss

In a previous organisation where I worked, having come from outside (rather than being a PA who was recruited from within), I was often asked to mentor the other PAs, and give them ideas and strategies to make them more effective at their roles within the teams they supported.

Many PAs would complain about their bosses; and many bosses, to be truthful, would have little gripes about their PAs. The bosses would speak about their PAs not being very proactive, or thinking ahead, or not understanding what their (the boss’) priorities were. The PAs in turn would say that their bosses never had time for them, they rarely saw them (as the boss was in meetings all day), or that the bosses were generally ‘too busy’ to meet up with their assistants.

The route of all these complaints, from both perspectives, for me was obvious. Despite living in the technological age, where communication is instantaneous, bosses and PAs need to speak to each other – and preferably not just by email.

In my view, the email is one of the biggest barriers to an effective boss/PA working relationship. I make no apologies for my opinion; I have yet to see any PA, outstanding or otherwise, who can do their job properly by email communication alone. (I do appreciate that some assistants, such as VAs or PAs who work for remote bosses could not do their jobs without email, but in the case of this article, I am referring to PAs who have bosses who are located in the same office as them).

PAs and bosses need to speak to each other, ideally on a very regular basis, and it’s up to the PA to ensure that their boss understands why and how this face-to-face communication is key to their successful and effective working life.

With regard to the PAs I referred to earlier, when I enquired as to whether they had a regular meeting with their boss, the majority of them said they didn’t, or that they would just try and pop in to see the boss in between his or her meetings, or that perhaps they met the boss just once every 2-3 weeks. All other contact, it appeared, was ‘snatched’ in between appointments, or was a combination of queries raised on a piece-meal basis throughout the day, generally by sending the boss an email and then waiting for him or her to reply (and very often, the boss didn’t reply, which meant the PA had to chase them at a later date anyway: “Did you get my email about that meeting that needs moving next week?”).

So, in order for bosses and PAs to work effectively, face-to-face or verbal communication is the key. But, if you are one of those PAs who rarely has ‘time’ with the boss, what’s the most effective way of working?

Having a regular update meeting with the boss isn’t just about you being able to go over work, it’s paramount for fostering a healthy working relationship; a relationship that should be built on mutual trust and respect, and a continued closeness that means the PA can often second-guess what needs to be done, before the boss even has to mention it.

The suggestions below are obvious and they are certainly very easy to implement. Here are my strategies for effective communication with the boss:

1. Have a daily 5-10 minute face-to-face update meeting with your boss, ideally before the working day starts. So, if your boss is always in meetings from 9:00 am, then you could schedule PA/boss time at 8:50 am every morning for 10 minutes – nothing more, nothing less, and it’s up to you, the PA, to insist the boss has this time with you. I appreciate this meeting may get moved, and may not always happen every single day, but 5 minutes each day is better than 30 minutes once per week, or even two 15 minute slots twice a week. If you schedule it in the diary, it’s more likely to happen than if you just try and catch the boss between their meetings. And, if you take it out of the diary, and don’t reschedule it, the boss will think it couldn’t have been that important anyway, so they won’t then be concerned if they don’t stick to it next time it appears on their schedule. If it drops off, then re-arrange it to another time, perhaps during lunch time or mid-morning instead.

This regular dialogue (and I stress the word regular) is the most important routine you should stick to; successful relationships work only if you put the time in, and the boss/PA partnership is no exception.

The beauty of a daily update is that it means you have time to agree the day’s priorities, check the dairy is in order and it ensure you are both working from the same page. If anything, it also promotes the importance of your role – you both start the day by seeing each other, and taking time to check the day is in order before you both go off in your own directions.

2. In addition to the daily 5-10 minute update, you should also schedule a longer meeting, perhaps once every week or once per fortnight, for 30-60 minutes when you can sit down together and go over work that requires more details to be finalised or more input from the boss; for instance, if you were scheduling an event or planning the diaries for the next month. Take a cup of tea in with you (and one for the boss!), put the phone on voicemail or divert it to a colleague, and ensure that this time is not interrupted. You can use this longer meeting for a ‘briefcase blitz’ or ‘in-tray inferno’ were you help the boss clear his in-tray or emails or go over that pile of paperwork that’s been sitting on the boss’ desk for a week. You can also use this extended time to share experiences, act as the boss’ confidant, and get to know each other better.

3. Have a folder called ‘Ask the boss’ or just ‘Boss’, or a folder with the boss’ name on it. Any query or item of work you need to speak to the boss about, which isn’t urgent or ‘life-threatening’, can go in this folder. For example, an invitation to a dinner next week that came by post (does the boss want to go?), or a clash in the diary in two weeks’ time (his London day clashes with the Nottingham board meeting which has just been moved – is he aware of it?). Yes, these are the types of things you could email the boss about, but if you put them into a single folder together, then it saves you sending the boss an email.

Equally, when you go in for your 5-10 minute update every day, or the boss phones you from the train or car, and they have time to talk to you (for once!), you can grab the ‘boss folder’ and run over the outstanding queries you have or the pieces of work where you need more guidance.

Going over work face-to-face is far more productive, and more enjoyable than doing it by email. It also show the boss that: (a) you are human being – and not just an email operator; and (b) that your work is important and you do need to their input in order to do your job properly, which in turn makes them more effective as their time with you is more productive.

4. Try not to email the boss when a face-to-face conversation would work better. If you email the boss, you have to wait for a reply, which causes a delay, and very often you have to reply again because they don’t provide the clarity or information you were after. Save your queries up and write them as a list in your ‘ask the boss’ folder, or as a last resort, put them together on one email. Never work ‘piece meal’ with the boss, as it wastes your time and theirs – especially when done by email.

5. Finally, get out of your chair and go into your boss’ office. If you sit just next door, then why send them an email or an instant message? Your profile and visibility means being seen and heard, so make the effort to get out of your chair, knock on the door, enter the bosses office with confidence and speak to them directly about issues or work where you need their input.

It’s a sorry state of affairs when the one person who is closest to the boss cannot speak to them in person. But, too many bosses are happy to work with their PAs just by email, and it saddens me to say that I’ve seen far too many PAs who are also quite happy to send the boss an email rather than having a direct conversation.

In summary, communication between the boss and theirPA should be regular, face-to-face (or verbal), scheduled and focused. You can even type yourself an informal agenda of things you need to speak to the boss about before you go in and if you are organised, and use your time with him or her wisely, then you will gain more respect and find the little time you do have with your boss is even more productive.