When It’s Not Love at First Sight… 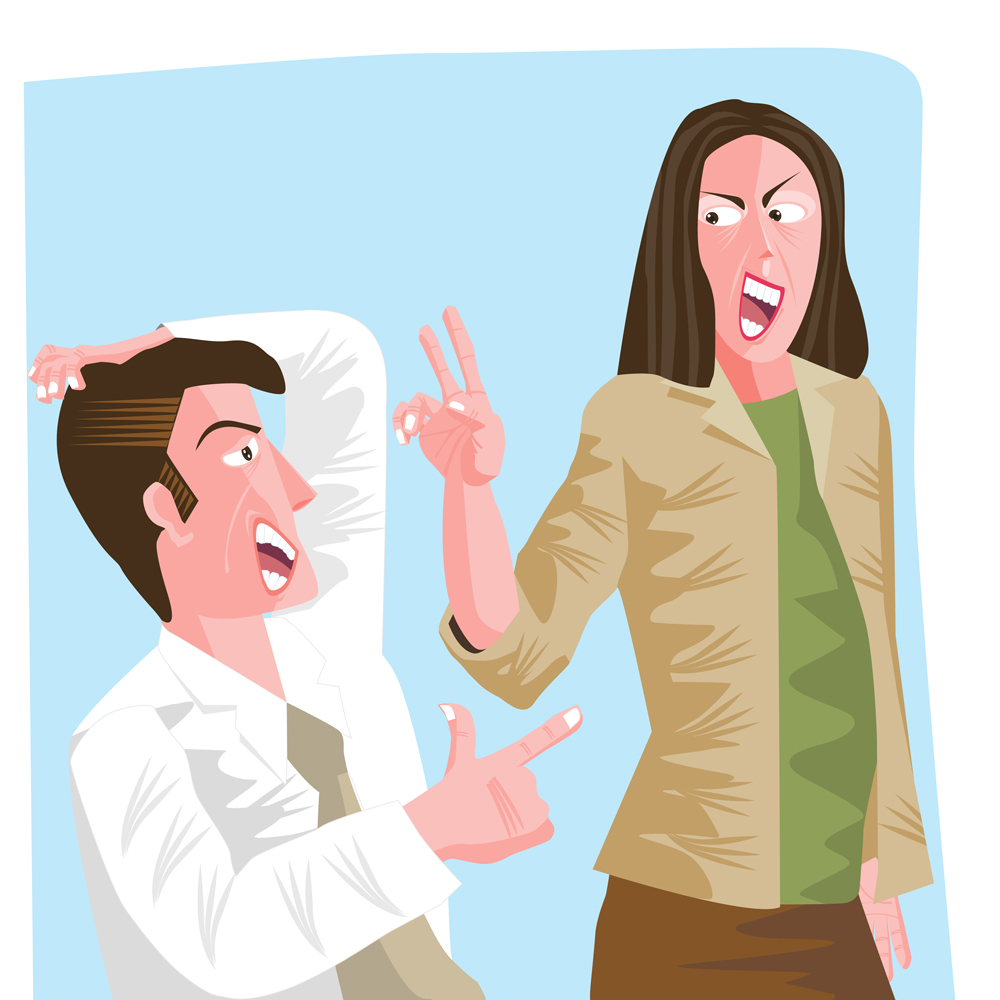 How much do you have to hate your executive to be motivated to set up a Twitter account called @HateHATEmyboss (nice use of caps there)? Wouldn’t you love to know the full story? Why only three tweets? Was the indecisive list request the final straw? What’s happened since July 2013? Did they learn to love them, did they part company, is there a new account called @handleyourbosslikeaboss? I might even prefer the other two similar accounts I found which remain resolutely silent… now that is passive aggressive behaviour at its very best!

Was this a new executive? Certainly doesn’t look like love at first sight to me!

Getting a new executive is tricky for anyone, the relationship we have with our line manager is a prime motivator for staying in, or leaving a job, but how much more crucial if in many ways your executive is the job. Maybe that’s overegging the point. After all you have plenty of responsibilities that are yours independent of the person you report to, but the Assistant role is also intrinsically linked to the person whose role you are supporting. Which is fine and dandy when you’ve chosen each other, but what about when they are parachuted in on you, maybe ending a finely oiled relationship with their predecessor? And don’t forget they didn’t get to choose you either.

So what if you are thrown together and it’s not love at first sight? Maybe it’s their slightly alarming habit of cutting their toenails during conference calls, unkind comments about others, or the interesting assumption they have made that you have no life outside the office and live only to serve their every whim. Whatever the cause, you find your hackles up, chest tight, not exactly ready to embrace a new life as an internet Twitter Troll, but certainly wondering where this is all going to end.

If you haven’t taken to your executive too well, chances are you are not alone. A new executive attracts everyone’s interest (or self-interest rather). Their personality, behaviour and decisions will be high up the list of “stuff to speculate about, idly chat about or out and out bitch abou” depending on the culture where you work. “What’s he/she like?” is going to get thrown at you and if you are not prepared with your answer, then it’s very likely that your misgivings about them will “leak”. We’re not talking continence here, well actually as the dictionary defines continence as “self-control, the ability to hold it all in” then I guess we are! What can you say about the new executive that is both true and also positive? Don’t get drawn into apologising for, or attempting to explain their behaviour if it has attracted negative noise. Focus on substance and not style, “she is really committed to making this happen quickly” rather than, “yes, I agree, she is ignoring what everyone’s saying.”

However tempting it is to give your opinions to an audience that will be eager to hear them, your professional integrity already knows that this is just not acceptable no matter how you might feel . Consider your personal branding; do you stay true to it independent of the circumstances? Or is it something to put on or take off dependent on the behaviours of others eg if they are professional with me, I will be with them? If integrity is how you are when no one’s watching, how are you doing with that? We all need to let off steam of course, so your cat, dog, best friend can get both barrels about how managing this new relationship is really making you feel.

2 Speaking up (for others)

If the new executive has a tendency to make snap judgements about people, maybe about people who you know to be good operators, not deserving of the label that your executive is keen to slap on them, then this is the time to speak up. These judgements often show themselves through the use of “always” or “never” type statements, for example, “Joe is always late” or “Joe never thinks about the customer.” A throwaway line like this probably doesn’t appear important, but it is a building block in the creation of a significant judgement like, “I can’t rely on Joe.” And a judgement like that could derail the future of a good person. You could well be the only person hearing these ‘always’ and ‘never’ statements as they are often made when people are off guard and it’s usually just you and them present in these “closed door” moments.

So, how to respond to an “always” or “never” generalisation? The only effective response is an immediate one. Try a two-part strategy: first use the “Echo Challenge”, which is as simple as repeating always or never as a question. Cocking your head to make it clear that you find their statement provocative and needing explanation adds extra impact.

Them: “Joe is always late.”

This Echo Challenge often elicits more balanced thinking such as:

Them: “Well, not always” or “Well he has been late to the last two meetings.”

You then follow up with the Personal Counter which shares your experience to bring balance to their view. It’s important that it’s your personal view, rather than trying to make an objective statement, as your experience can’t be disputed by someone else if it is simply your view. It could sound like this:

Them: “Joe is always late.”

Them: “Well he has been late to the last two meetings.”

You: “Yes, he has, that’s very unusual for Joe, generally I find him one of the most reliable members of the team.” (Personal Counter)

Why should you bother? Well you are in a privileged and responsible position to channel the energies of your executive in the right direction. Standing back and letting him or her make unsound judgements about people because it will be uncomfortable for you to challenge them, is to do you, them and everyone else a disservice. People with a tendency towards snap judgements often litter their thinking with them, so be prepared to respond often and consistently (I’m not saying you should imagine them as a small puppy needing training, but if you’ve ever had one, the regime may feel familiar!)

Understand that what you allow is what will continue. This is true of the little things as well as the big “integrity” type stuff. Telling someone that you’d rather not be called “darling” after they’ve been doing it for weeks or months is much more awkward for everyone than letting them know the first time it’s uttered. Not that it will be easy then, of course. If something is said or done that is fundamentally at odds with your values and standards it may be tempting to “let things pass” either in the pressure of the moment or in the belief that you will address it at another time.

We often struggle to find the right words to say when we disagree with someone or are unhappy about something. Here’s a couple of “I disagree” type statements that are not likely to land well:

“I don’t feel comfortable with that.” (Your comfort is unlikely to be their primary concern!)

Steve (or whoever the predecessor was), didn’t do it that way.” (Nor are they concerned about what used to happen, they are in charge now.)

There are no magic words to use that will make them welcome your disagreement or lack of compliance. But you can choose to speak intentionally rather than either saying nothing (to their face) or just letting words tumble out unchecked. Your tone plays a vital part – written statements don’t end with a question mark, but add an upwards inflection to your “no”-type statement’, as we tend to do when we feel unsure, and you’ve added one anyway. It’s a fast track to losing your credibility. Being clear about what’s unacceptable for you gives you freedom to say no as well as yes when you’re in the heat of the moment. Remember that you are new to the other party too; being clear about what is OK and what is not with you is courteous as well as the right thing to do professionally.

And then the question is, are you going to grow into this relationship or do you make other choices in your time and on your terms?