The Secret of Successful Public Speaking 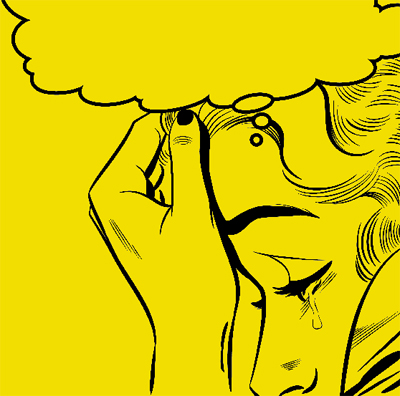 “Public speaking”. These two words in the English Language have the ability to render the most confident and outgoing individuals paralysed with fear. For many, the mere thought of having to speak in public is literally the most terrifying scenario imaginable. And even those of us who do not necessarily fear public speaking, admit that if we could, we would avoid it.

But what is it exactly about the thought of having to stand and deliver a speech, or give a presentation that sets our minds racing with fear? And just how can we overcome our presentation nerves and speak publicly with confidence and ease delivering the performance we know we are capable of.

As a public speaking and performance coach I have coached countless, usually confident individuals, who turn into nervous wrecks anytime they are asked to speak in public. For many this fear is a big problem as their job roles regularly requires them to speak in-front of an audience and yet they feel an uncontrollable panic any time they know this will be asked of them.

Take the example of one of my clients, Lynne* for instance. She works as a middle manager at a well-known international Investment Bank, however since a recent promotion widened her duties to include regularly pitching in-front of more senior colleagues her job has gone from being one she used to greatly enjoy to one she has grown to dread.

Lynne describes her fear in her own words saying &quot;I was initially thrilled when I got my promotion at work as it meant more responsibility, more money and a very real chance to progress up the career ladder. However this thrill soon turned to terror when I realised just how often I would have to end up pitching to the Senior Leadership Team. Before a meeting I would literally fall apart with fear and nerves and feel paralysed all over. What made this fear all the more frustrating is that I am generally a very confident and outgoing person. I have many friends and no problems in other social situations   but something about public speaking just terrified me.&quot;

As a public speaking and performance coach I hear words like Lynne’s almost on a daily basis ,with public speaking being one of the most common phobias suffered in this country. Yet the cause of public speaking fear is very simple to identify and overcome. With a bit of effort and some consistency those who fear public speaking can begin to feel more confident in a very short space of time.

Tip 1 – Remember its OK to be nervous!
The first mistake many people make when faced with a public speaking event is that they view their nerves or fear in a negative way. Convinced that the level of fear they have is inappropriate, they try their hardest to eliminate it. Having told themselves or been told by others that they &quot;shouldn’t feel as they do&quot; especially if they are normally seen as a confident person or in a senior position, their fear becomes greater when they realise they cannot make it go away.

The quickest way to feel confident despite this fear is to say aloud and repeatedly: &quot;How I am feeling is OK&quot; &quot;I accept my fear or nerves and will not try to make it go away&quot;. &quot;It is OK to feel this way before a presentation, it is completely normal and does not mean anything is wrong&quot;.

The effects of these simple words are enormous as once we stop fighting the fear, it naturally subsides as it was the attempt to eliminate the fear that kept it alive.

Tip 2 – Be yourself!
There is a well known saying that &quot;people buy people&quot; and nothing could be truer than in the case of public speaking. Although we maybe do not know what that special ingredient is, we all know when someone moves us with a speech or performance.

We say that person has the &quot;X Factor&quot; or that they can connect with people easily. However what we are really seeing is who that person really is deep down. This ability for a performer to convey who they really are impresses us and connects us to what they are saying.

Unfortunately when most people are asked to give a speech, they are convinced of the opposite and feel that they are required to be anything other than themselves.

People who are normally outgoing, humorous and bubbly enter &quot;public speaking mode&quot; when asked to give a speech and then become, serious, stiff and reserved. Many people become convinced that this &quot;public speaking persona&quot; is a better persona to show their audience than who they really are. As a result they focus all of their effort on concentrating on how they come across, what they sound like and how the audience sees them, forgetting that what they are saying should really be the main focus of their attention.

Furthermore they put even more effort into ensuring that the audience doesn’t see the ‘real’ them in case they are unimpressed.

Trying to be someone else in life, is generally exhausting, but trying to be someone else when putting on a presentation is doubly so. The best speakers and media personalities in the world know that if they can in someway convey who they are to the audience in a genuine way, the audience will buy them and then buy what they are saying. Hence the fact that those in the public eye regularly go on talk shows and do interviews to promote and sell their brand but also to literally &quot;sell themselves&quot;.

So practise being yourself in front of your audience. Don’t think your regional or foreign accent needs to change and your words need to suddenly become Shakespearian. If you are naturally humorous use some light-hearted humour to start the presentation – (you’ll be surprised at how at ease you might make people feel) or if you are passionate and enthusiastic then use this to your advantage don’t hold back and think you need to implement a personality transplant just because you are speaking in front of very senior people in your company. Be yourself!

Tip 3 – State your objectives clearly and concisely at the beginning of the presentation.
There’s nothing worse than attending a presentation where you have minimal knowledge of the topic in hand   or maybe haven’t been briefed on all the facts and the speaker opens with a line such as &quot;So as I am sure you are all aware…!&quot; Lines like this, that fail to establish any context of the presentation are a sure fire way to lose the audience right from the start. Even if you think that the audience should know and understand the topic you are speaking about – don’t assume!

So to be sure you do not lose anyone unnecessarily always make it clear what you are going to talk about. A simple way to do this in a presentation is to tell them what it is you are going to speak on. This doesn’t have to be in too much detail and can sound something along the lines of &quot;so I’m going to speak on… &quot; and then talk about whatever the content of your presentation is. Or you might say: &quot;Today the three main areas I am going to be covering are…&quot; You would be surprised at just how much a small intro like that will help refocus the audience and contextualise what you are about to talk about.

When we are speaking in public, because the preparation of the presentation may have been our focus for many days or weeks, it is easy to assume that our audience is as informed about what we are about to speak on as we are.

The reality is however, that if you are speaking in a business context for example your audience may have attended a number of different presentations given by different people on that day or during that week and may genuinely not be sure what your presentation is supposed to be about. Without a clear objective they might literally be lost as to the purpose of your talk.

So state your objectively clearly! Let them know what you will be speaking on.

How to Write a Health, Mental Health and Wellbeing Strategy