The Psychology of Wearing a Mask 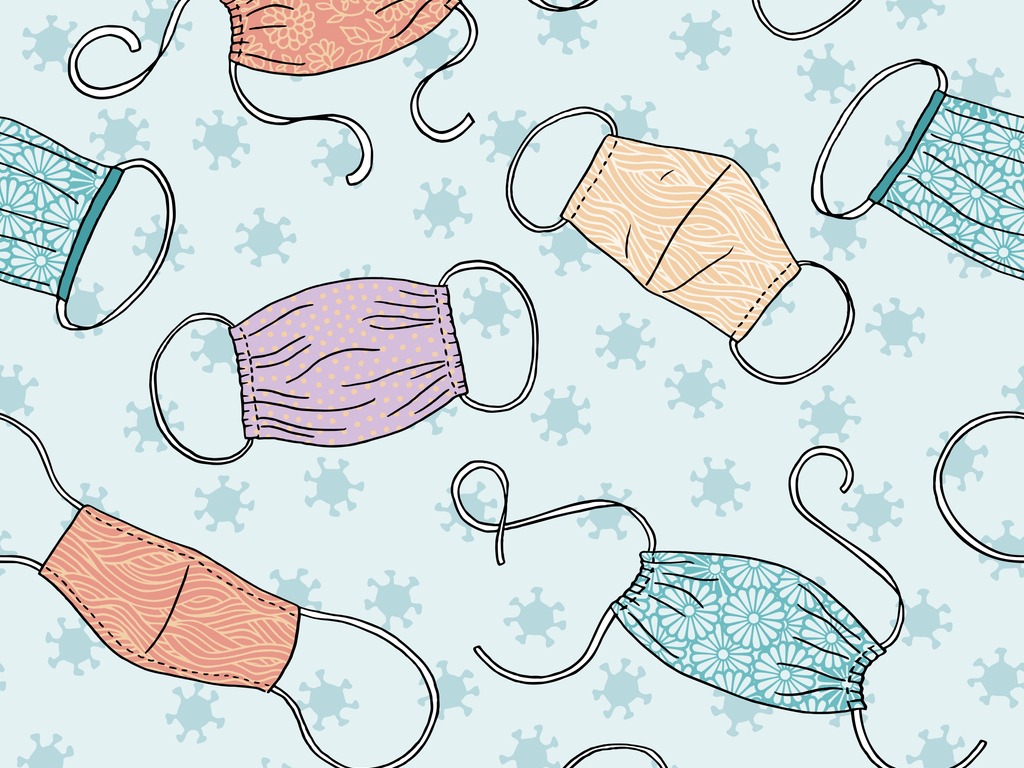 Face coverings are now compulsory in many settings. We are gradually becoming accustomed to this new way of living, but many of us are still coming to terms with our emotions around wearing a mask.

1. We rely on facial cues

Humans derive meaning from non-verbal communication and rely heavily on facial cues in social situations. Facial expressions are often conveyed through the mouth and eyes, and if someone is wearing sunglasses this can be a problem. Research has found that the brain doesn’t like not to be able to see the mouth of the person we are talking to, as we struggle to interpret expressions and emotional cues which in turn interferes with our feelings for survival.

We feel anxious and uncomfortable because our brain is more likely to misinterpret a conversation between people wearing masks. For example, when the mouth is covered, we can confuse anger with disgust, and fear with surprise which can add to anxiety and feelings of vulnerability. It is also obviously harder to hear people talking to us so there is a greater chance of miscommunication which means people are tempted to remove their mask at least partly to be heard.

There is a surprising amount of opposition to masks particularly throughout the western hemisphere which suggests that there is a cultural bias towards this concept. Many people in Eastern cultures widely accept face coverings and have worn them for many years. Since Western countries have only recently been introduced to wearing masks in public, it is likely that it will take some time for this practice to feel normal. Asian cultures more readily rely on the eyes to convey facial expression.

4. A threat to freedom

Ultimately humans often don’t react well to change and some individuals have even reportedly felt ‘weak’ for wearing a mask because they are conforming to rules being imposed on them. A different way to look at it is that masks are a symbol of solidarity, of us all working together, and could be interpreted as a symbol of our strength in 2020.

Mixed messages from the WHO and the government during the start of the pandemic regarding face coverings initially suggested that they were unnecessary. This has most likely made wearing masks harder for some people. Masks have also caused conflict between strangers as many of us feel suspicious and unsafe around those not wearing a mask, sometimes leading to confrontation.

According to some masks hide our identity, but we can also see them as an extension of our personalities. They can be used to share individuality through their design, colour and shape.

A survey conducted by Imperial College London in June found that there were several other reasons why people were put off wearing masks. For example, 52% said they felt self-conscious and 47% said they felt embarrassed. It would be interesting to research those numbers again a few months on as we have become more accustomed to face coverings.

How to Approach Masks as a Change in Lifestyle

Understanding is key. Keep the messaging clear, consistent and concise. Be clear about what is law, policy or guidelines and stick to it.  Make sure you are setting the right example yourself to those you hope to influence positively.

One way to diminish the feeling of anxiety associated with miscommunications when wearing masks is to try to take a good humoured and relaxed approach. Accept that you may misinterpret and make mistakes or ask for things to be repeated several times. It’s OK, everyone is in the same boat.

It will take time for society to get used to this. With time, more and more people will accept wearing masks. This is known as crowd behaviour which is when several people in a ‘tribe’ (close circle) perform an action that then slowly influences the rest of the group to follow suit.

4 comments on “The Psychology of Wearing a Mask”