The Language of Outcomes 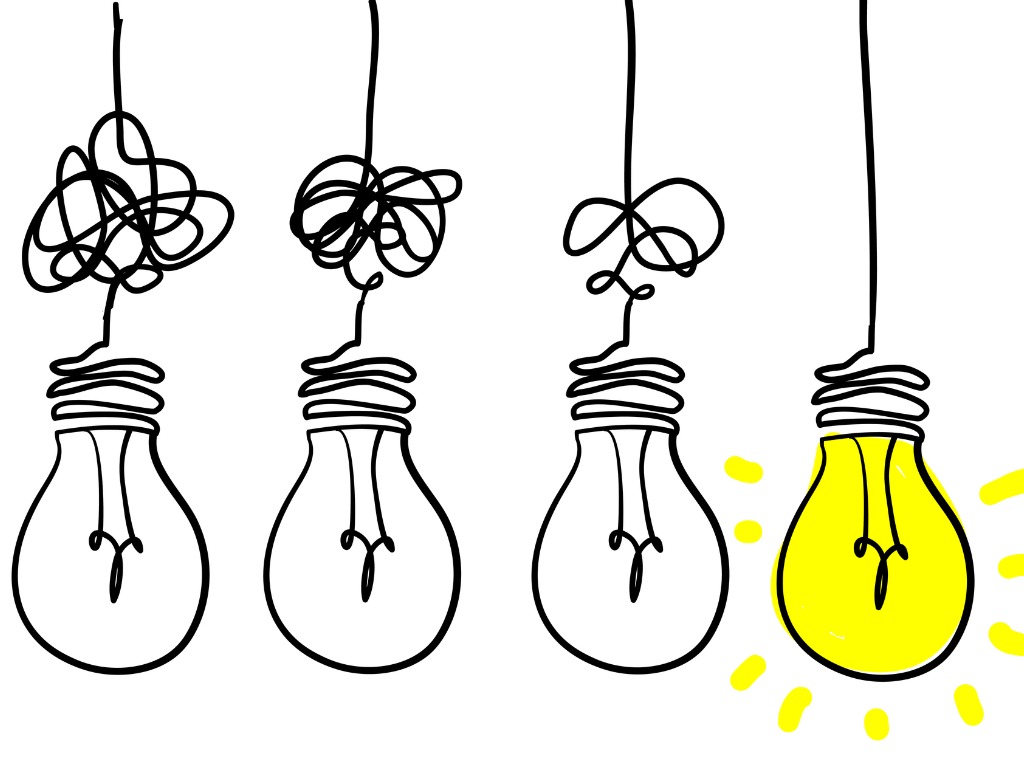 In this extract from her book, The Power of Clarity, Ann Latham explains how to use destination verbs to speak the language of outcomes

What Are Destination Verbs?

Destination verbs are the verbs you should use on your agendas and in your conversations and requests. These are also the verbs you want to use when alone at your desk trying to identify concrete next steps.

My cognitive six is a list as powerful as it is short. These cognitive objects represent the six most important outcomes we create in the cognitive zone. Each one represents a concrete, tangible sign of progress that you can point to, agree upon, and use as a stepping stone to greater accomplishment. They are:

The first three ought to be pretty self-explanatory. Roughly speaking, they cover the present, past, and future.

A decision resolves a fork in the road. When you make a decision, you are done. You know it. And you’ve created a tangible, concrete outcome that you didn’t have before. A concrete object that will unleash the next step towards your goal.

A problem resolution corrects an undesirable situation. When you solve a problem, you are done. You know it. And you’ve created a tangible, concrete outcome that you didn’t have before.

A plan establishes actions for the future. When you make a plan, you are done. You know it. You’ve created a tangible, concrete outcome that you didn’t have before and that unleashes true progress.

A list is the fourth tangible cognitive object that represents real progress. When you complete a list, you are done. You know it. And you’ve created a tangible, concrete outcome that you didn’t have beforehand.

Lists might not sound very significant, but they are essential ingredients for the first three critical cognitive objects: decisions, problem resolutions, and plans.

Lists of questions can also be important. Some of you may be worried that being too specific, during a ‘project update’ for instance, might stifle creativity, overly constrain employees, and prevent them from raising important concerns. This is where a list of good questions comes in. The following questions are perfect substitutes for treadmill agenda items such as inform, share, and update. Each one serves to reveal important information needed to modify or create specific, tangible outcomes such as decisions, plans, or lists of risks.

Or maybe you require a list of decisions that need to be made. I remember meeting in London over lunch with three executives from a global financial institution. They were very frustrated by obstacles involving the corporate office above them. While listening to them I composed a list of about eight unmade decisions that were behind all their pain. Their tendency was to discuss the personalities of those in power and strategize on how to influence them. What they needed to do was to send the list of unmade decisions up the ladder with an explanation for why those unmade decisions constituted obstacles. All they needed were a handful of decisions to get on with their own work.

Not all lists are of value, but as long as your list is specific and in service to accomplishing a tangible outcome such as a decision, plan, or problem resolution, it is probably both essential and invaluable.

Confirmation is the fifth of my cognitive six. It is an important and simple cognitive object. This is where it comes into play: ‘I’m trying to do X, I’ve done Y so far, and I’m planning to do Z next. Am I on the right track? Yes or no?’ Or it might sound more like this: ‘We’ve decided A and now we need to tackle B. Are you in agreement? Do we have your support and commitment? Yes or no?’

For confirmation requests this specific, there are only two valid responses: ‘Yes’ or ‘No’. A ‘Yes’ is fast and wonderful. A ‘No’ ought to lead to very specific questions or suggestions, not a rambling conversation. If confirmation is sought in a meeting, a ‘No’ frequently needs to be taken offline so the very specific issues can be resolved by very specific people.

Unfortunately, attempts to obtain confirmation are rarely this specific and, as a result, usually lead to an explosion of advice, questions, and stories: ‘You should do this. Have you tried that? When you get to the umpteenth step, be sure to do gobbledygook. Once upon a time, I was in your shoes and…’ A lack of specificity when seeking confirmation is a wide-open invitation to a lengthy and frustrating kitchen sink conversation, not to mention a few war stories and self-congratulatory revelations. What is particularly sad is that all this advice is usually falling on deaf ears. The person who wants to know if her second step makes sense is not at all ready to hear advice about the tenth step. Look closely and you might notice that she is biting her tongue as you dispense advice from decades of experience.

Authorization is the sixth and final critical cognitive object. It ought to be sought with the same level of specificity as confirmation. ‘Do you approve so I can begin executing the plan?’ And, once again, there are only two valid responses: ‘Yes’ or ‘No’. If ‘Yes’, a clear milestone has been achieved, unleashing the next step or phase. End of conversation. If ‘No’, this matter should also be taken offline and would likely involve only the requestor and the person with the authority to grant approval.

Requests for confirmation or authorization can be lost completely in treadmill language.

Please note that if you fail to receive confirmation or authorization, your next step ought to be a different cognitive object. You might need a list of risks and concerns or a list of modifications to your plans. Or maybe there is an unmade decision standing in your way. You need to identify and focus on the appropriate outcome that will earn approval.

Don’t get sucked into another kitchen sink conversation. Work with the approver to make and understand the list or unmade decision you need to address next.

Those are my cognitive six, the six critical cognitive objects that constitute real progress. If you are trying to determine with specificity what must be different when you are done, these six cognitive objects are most likely what you need. They make treadmill verbs obsolete and ensure tangible progress for every endeavour, whether in a meeting or alone at your desk.