The #1 Workplace Problem That No One Talks About… 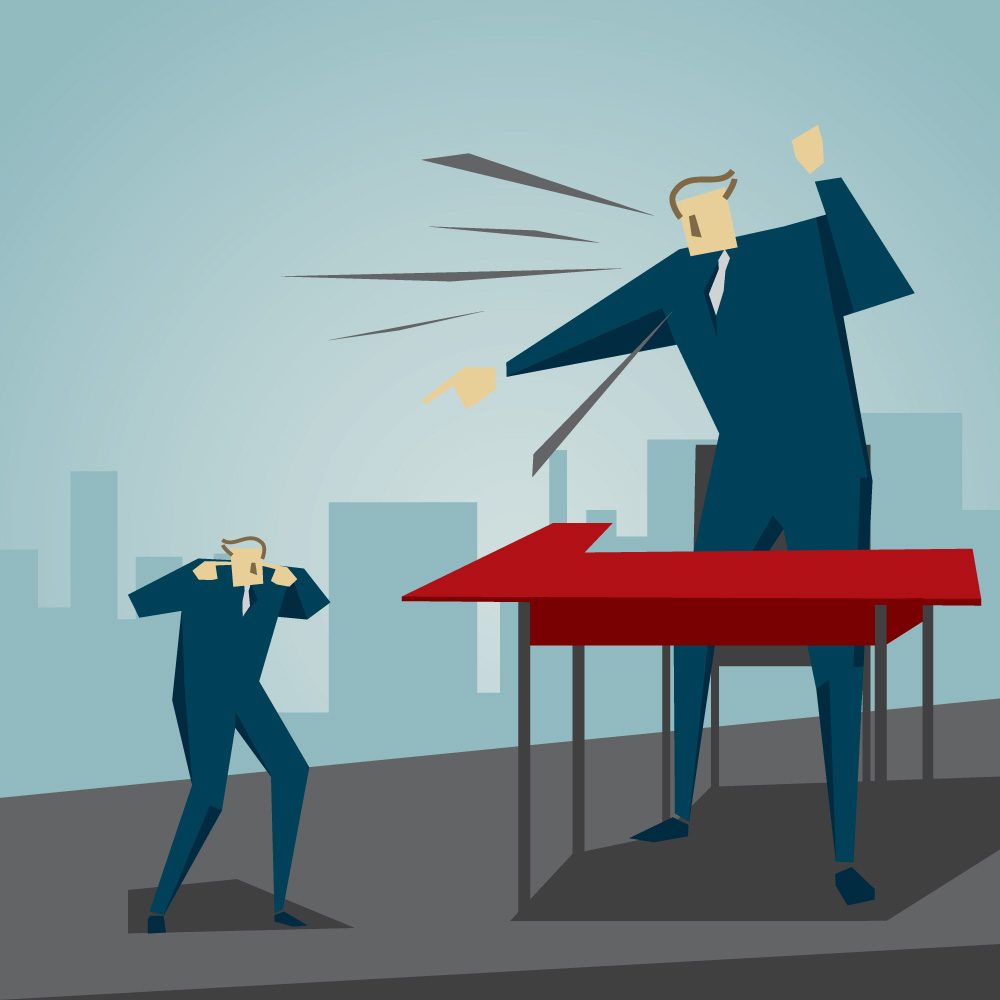 Complicit silence is destroying companies, gulping profits and here’s the clincher: CEOs either have no idea or are looking the other way.

Workplace bullying is a global epidemic that chases good people away – a lot of them. Really, you might ask? A global epidemic? How is it possible that you don’t know about that? It is typically because when people resign from companies, they do not say the truth about why they are leaving. They quit, run out the door, and do not look back. And, more than likely, they searched for their new job on company time and did not feel one drop of remorse.

That’s what bullying does.

Percentages of offices where bullying is reported

When Exit Interviews are conducted, it is easier for a staffer to say that he/she “found a better opportunity that fits my current goals” rather than the real reason which is that they finally have had enough of one or more of the following bullying behaviors and found a way out.

At this moment, there are zero laws in the United States against workplace bullying. There are several in the works, but none enacted yet. The reason given is that law-makers are having difficulty defining it and finding language that articulates precisely what workplace bullying is. That leaves it up to individual company leaders to figure if, when, and how to take action against these destructive behaviors. This article is written to suggest that doing nothing is the most dangerous option to choose.

The Workplace Bullying Institute (www.workplacebullying.org) reports that 65 million Americans have either witnessed or experienced workplace bullying. They also believe that it is an underreported problem and thus, the numbers are most likely higher.

This is one definition that law-makers are deliberating:

These health-harming behaviors can include verbal, physical or sexual abuse and cause work interference and undermine the individual’s rights to dignity at work.

In my work training assistants all over the world, they report that company leaders are often “clueless and oblivious” to the rampant bullying going on every day. Furthermore and in general, staff view Human Resource departments as impotent and unwilling to stand up for employees. HR is seen as a protector of management. Even worse are reports that HR staffers and/or the leaders are themselves the bullies inflicting time-consuming and traumatic pain on the staff.

Kimberly is the EA to a female CEO. There has been a Monday morning staff meeting for the past two years. Kimberly recounted that the CEO publicly humiliated her on most every one of those Monday mornings and she dreaded the beginning of every work week. The behaviors would include the CEO raising her voice, saying that Kim was “stupid”, and throwing files around to which Kimberly did nothing. The entire staff are intimidated by the CEO and afraid for their jobs.

Our lives begin to end the day we stay silent about things that matter ~ Martin Luther King Jr.

Six months ago, Kimberly decided to no longer stay mute. When the next Monday morning tirade occurred, Kimberly calmly stood up from the conference table and left the room. Everyone was surprised and the CEO followed her out and said, “Kim, why did you leave?” Kimberly took a deep breath, looked the CEO in the eyes, and said, “You cannot talk to me like that anymore. You will not humiliate me in front of the staff again. We need to talk.” The stunned CEO said, “Yes, we’ll talk. Will you come back into the meeting?” Kimberly returned and the meeting continued without incident.

Later that day, they sat down behind closed doors. For the first time in two years, Kimberly had the chance to tell the CEO exactly how it made her feel when the CEO said X to her today, Y to her last week and Z to her two weeks ago. The CEO’s response? She said sincerely “I had no idea. Thank you for telling me.”

In the weeks that followed, the CEO changed for the better. Did the CEO change 100%? No. In fact, while the CEO eased up on Kimberly, she continued to yell at many others on the team. Despite the situation becoming easier on Kimberly, she decided to look for another job because the stress level was still too high.

This is an all too common story.

These very real common fears are of:

Liz Ryan for Forbes calls this phenomenon of keeping the truth from leaders a “tragedy”,May 2014 www.forbes.com/sites/lizryan/2014/05/07/who-gets-to-tell-the-emperor-hes-naked/

The price we are paying

“Bullying ruined my life. After eight years at the company, I was on disability and suicide watch for over 12 months. My doctor was desperate for answers and even wanted to perform shock therapy. I have never felt so low.”Anonymous 2014 quote from one of my students

Workplace bullying is costing companies dearly in the form of replacing staff, reduced productivity, increased sick time, and presenteeism which is the situation where staffers are performing the bare minimum to keep their jobs.

Targets and witnesses to bullying are paying the price in the following ways.

The trauma and pain of workplace bullying does not only last for the day it occurs, nor for weeks or months but, in many instances, for years.

Speak truth to power. CEOs want to know. They deserve to know.

In my work with CEOs, they want to know, need to know and deserve to know what is happening in their company. They need to hear precisely why their employee retention and morale is low. Somehow, even a leader’s closest advisors do not feel safe to speak the truth to them.Thebest leaders encourage their people – at every level – to tell him/her what they need to know. After all, the staffers are being paid a salary to do a job and part of their job should be to say what they see, know and what worries them. Speaking truth to power is an expectation that needs to be set by leaders, and HR needs to be empowered to act on this kind of information.

Why are leaders not doing this? My research shows that most leaders have received little to no training about how to manage staff and handle bullying situations. They don’t know how and, in order to turn this dynamic around, they need support and education.

Staffers can break the silence by sending a well-documented and signed letter to the CEO. There is great power in having a group of people who agree to be accountable for the information shared in a factual and unemotional letter such as this. Using terms such as “hostile work environment” contains the possible threat of legal recourse. It is easier to dismiss a single person acting alone and much more difficult to ignore a group of valued and concerned employees. Shoving the problem under the proverbial rug becomes less likely when there is a group.

In order for workplace bullying to be reduced and eliminated, company CEOs and leaders need to put muscle into anti-bullying initiatives. The most powerful way to begin? Make it safe to talk with each other and ask the direct question: Is workplace bullying a problem in our company? Then get ready to get an earful, especially if candor is rewarded and not punished.

Silence is the enemy of today’s workplace. Until our company leaders recognize the problem and take positive action, the situation is going to get messier before it gets better. Let us choose to gather our collective courage to reject these cultures of disrespect that are poisoning us.