Stress: A conflict between biology and culture 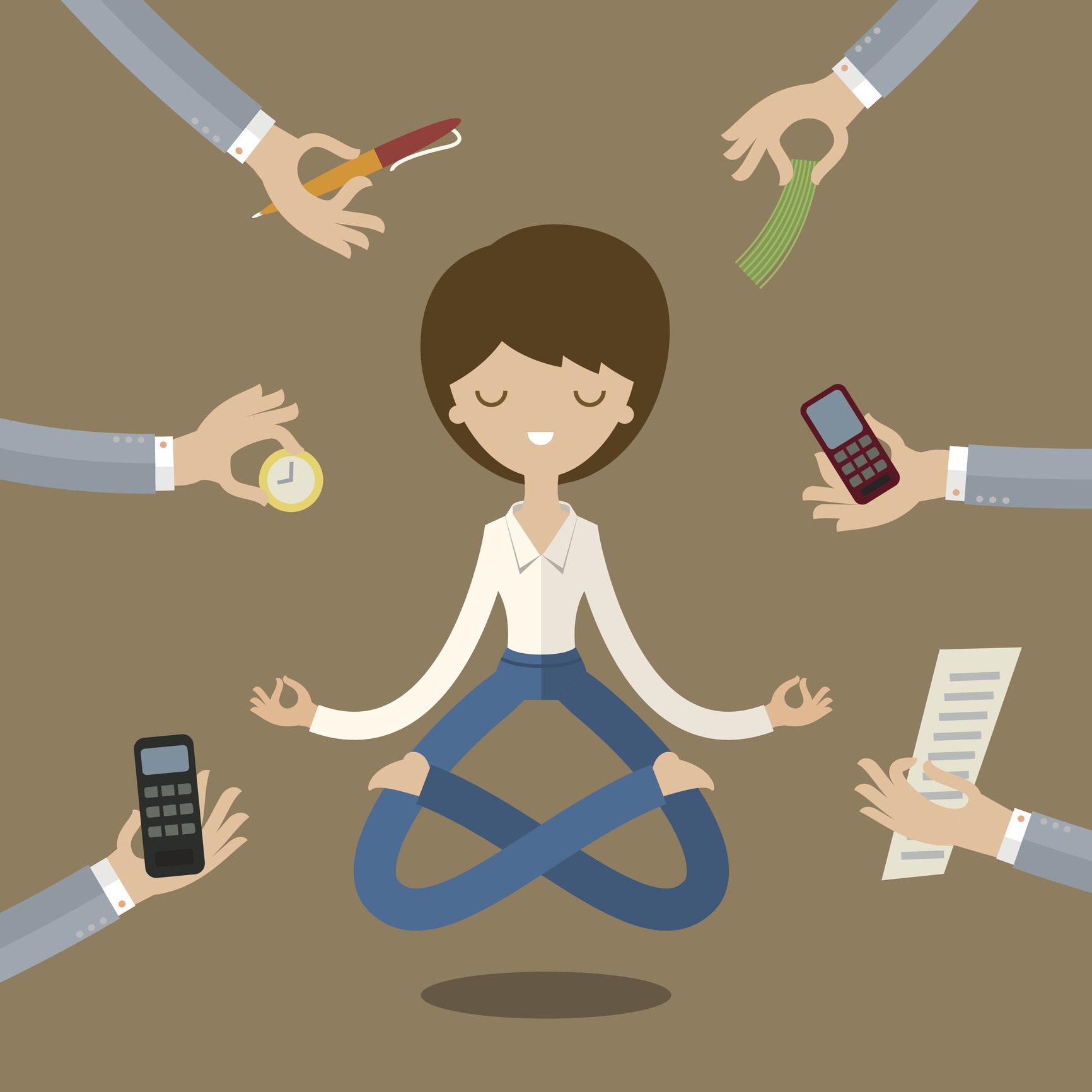 Over the last few years many words have been spoken and written about stress and numerous actions undertaken to do something about it. However, stress is still on the rise. It is estimated that  % to 90%  of all visits to primary care physicians are now directly or indirectly related to stress. And stress after musculoskeletal pain has become the second most frequently reported work-related health problem in the EU. These are alarming facts and figures.

But what is stress:  why has it become a nuisance and what, if anything, can  we do about it?

As an osteopath and stress-coach I’ve been contemplating these three questions for many years and have started to share through presentations and workshops, my insights and professional experience.

Stress as you might have realised by now is  something very elusive. Hans Selye, the “father of stress” once  said, “Everyone knows what stress is, but nobody really knows.” With this statement, he meant that stress has a different meaning for different people under different conditions. For example,  when someone says, “I have a lot of stress” they can mean that they have a lot to do or express a feeling of nervousness or being jittery. Which makes talking  about stress very complicated.

Even scientists can’t seem to make up their mind about what stress is. There are ten or more definitions depending on the viewpoint of the scienti fic field: biology, psychology, sociology, anthropology, …

Consequently, I like to clarify some words first.  When I speak of a ‘stressor’ I mean the elements that cause the stress response to be activated. When I use the word ‘stress’ I use it to refer to  the biological response of the body to any demand (stressor) mediated by physiological adaptations and bringing  about the physical, psychological and social/behavioural (biopsychosocial) changes.

So, what is stress?

Stress, together with ease, are part  of the human bimodal adaptation response. Stress or the fight-flight response is that part of our adaptation response that is activated when an action is needed or danger is perceived. Physiologically this means that when the brain perceives a stressor it immediately activates  the sympathetic branch of the autonomic nervous system (ANS) which stimulates adrenaline and noradrenaline to be released . These hormones in turn increase  heart rate, blood pressure, redirect blood from the skin and intestinal tract to skeletal muscles and release glucose from the liver into the blood stream. After this initial reaction, the brain sends  a message to the adrenal gland to produce cortisol which prevents  insulin to store energy, it also shunts  blood and glucose distribution away from the neocortex to the more primitive parts of the brain. In addition, cortisol  inhibits the immune system and decreases libido.

Just imagine this: you’re crossing a street and a car is coming your way at high speed (stressor). What  do you expect your body to do and what not? Exactly, you must flee, get out of the way instantaneously and not think what to do first, nor contemplate, your intelligence, creativity or charisma, or have thoughts about sex. No, everything is directed towards getting  your body, the vehicle of your soul out of danger.

When the stressor is over, in the example given meaning you’re safe on the pavement again, ease or also referred to as the relaxation-recuperation-regeneration response sets  in. Physiologically this means activation of the parasympathetic branch of the ANS to stimulate the release of serotonin and muscle relaxation, which reduce s heart rate, respiratory rate and blood pressure. Furthermore, vasodilation in the skin and intestinal tract is promoted which stimulate s digestion. As cortisol levels drop, the  inhibitory effect on immunity and healing is lifted and normal blood and glucose distribution is  re-established in the brain. However, the drop of cortisol only starts to be effective 20 minutes or so after the stressor is over.

In other words, the stress-ease response is an operating system where you have the stress response which is all about survival and protection at one end of the spectrum … and which uses energy, causes wear and tear and on the other end you find ease, a response where you unwind, store energy, recuperate and regenerate… to be ready for the next challenge.

All of this is being regulated by the brain and is a very individual process.

So why has stress become a nuisance?

The explanation takes us back in time as stress per se is not really the problem. Stress is part of the adaptation response that evolved to protect ourselves from acute physical stressors but which hasn’t had an update since prehistoric times. Biological evolution is notoriously slow and requires certain stimuli to effectuate genetic adaptation covering several generations.

And here lies the crunch. Some researcher say that genetic evolution in humans is actually no longer relevant. Why? Because  as a species we now depend on technology and culture for our survival rather than random mechanisms of variation and selection.

What that means is that when humankind first walked this earth it adapted itself to the environment until it saw the light and started to adapt its environment to its needs.

However, in recent years technology has allowed us to modify our environment so effectively that our environment and culture has changed at a higher rate than  we can cope with biologically. Technology has removed our species from nature and from ourselves. This conflict between biology and culture or in other words the unhealthy relationship between human adaptation an d the environment is why stress has become a nuisance.

While technological progress and the many tools that have been developed (computer, smart phone…) were supposed to give us more leisure time they’ve created an environment that makes us work harder and longer, and where the boundaries between work and play have become increasingly blurred. Thus, increasing our time in the fight-flight  response (see above). On top of that the same fight-flight  response which is ideal for jumping away from that car is also being triggered for stressors like psychosocial risk: information-overload, job insecurity, non-ethical management decisions, etc.

As a result, the body gets less and less time to recuperate and regenerate. On a physiological level, we’re depleting our energy reserves, and becom ing more prone to infections, cancer and other life threatening diseases  as our bodies ’ immune response among other systems is being inhibited chronically. That being said  the structure and function of our brain is changing too. Yes, chronic stress reduces the size of parts of your brain including the hippocampus and prefrontal cortex which are related with memory and cognition. While on the other hand  stress it increases the volume of the amygdala, a part of the brain that is related to fear. In the brain,  size does matter and thus with the amygdala making more neural connections fear and anxiety increase  while neurons in the hippocampus and prefrontal cortex atrophy and with it rational thinking, creativity, etc. are becom ing more and more of a challenge. All of this is due to the effect of cortisol on vascularisation and glucose distribution in the brain.

So the more we rely and lead our life to the rhythm of technology the less resilient we become. Recent ly published health statistics on burnout and long term sickness (in Belgium) corroborate this. Neuropsychiatrist Theo Compernolle MD., Phd. Explained that young people between 25 and 35 have become the most important group experiencing burnout. According to him, people in this are continuously connected, while connected multitask and thus increasing the time spent in the stress response . More time they spend  ‘in stress’ the more inefficient they become and end up in a downward spiral where burnout is just the inevitable outcome.

With all of that in mind, is there anything we can do to manage stress more effectively? Yes, but it asks for your personal contribution and investment. Technology is still progressing, and with virtual reality and robotics becoming more integrated in our lives it will continue to change our environment, culture and society.

They key to effective stress management is to understand that stress becomes a nuisance when the demands on you as an individual outweigh s your resources. With the increase in stressors eliciting  the stress response it is thus an imperative that you return to ease or the word I created for it : “reaset” on a regular basis in counterbalance.  Spend enough time to physically and psychologically recuperate and regenerate your resources. This “reaset” time is essential to increase your resilience (measure for health).

The essence of a reaset is an activity you choose to do that stimulates parasympathetic activity, lowers your heart rate, breath rate, blood pressure, relaxes muscles, reduces adrenaline, noradrenaline and cortisol, and increase s serotonin levels. I do say activity and not sitting in the sofa. I noticed in a clinical study I conducted in 2015 that some people (whose  adaptation response is incapable of returning to ease) actually were more stressed doing nothing. This phenomenon can be explained by the fact that subconsciously a stressed person is always on the lookout for danger. When that sabre toothed tiger is upon you, when your survival is at stake would you sit down and relax?

For your information, running is also a no go when you’re in the grip of stress. For those whose adaptation response is not functioning properly going for a run  will lead to more stress. More stress that will more likely than  not get them into an early grave from a cardiac aneurysm or stroke. This is more common than  you think and it usually happens at an untimely moment like in a park or the woods where no doctor can come to a timely.

To sum up, stress is a part of our biological adaptation response. However,  stress has become a nuisance due to a rising conflict between biology and culture. While biology is notoriously slow to evolve our environment and culture, due to influence of technology, has changed with a faster pace than that our biology can cope with.

The only way you can curb the trend is to become mindful of your body’s  needs and by including enough time to “reaset” in your day. Your biology is genetically primed for danger and as our society is ruled by bigger, better, faster, stress has become the rule rather than the exception.

You must start to take time to consciously stimulate the ease response. This can be done through breathing exercises, mediation, mindfulness, relaxing walks… by whatever that gives you energy instead of taking it away. Choose activities that will counterbalance the impact of stress and that will give your body recuperation and regeneration  it needs. Of course, you can  wait for society to change but then you’re only waiting for yourself as you are the society. It’s up to you. Your body is your responsibility. Reconnect with your body, with your nature, your values…

In your spare time,  do less and enjoy more. Disconnect from technology on  time. Discover who you are, spent time doing a meaningful activity.

While at work and even when your job is demanding take regular “reaset” breaks. Time invested you will recuperate through being more efficient afterwards. Become aware of your stress response being activated and reduce it consciously with a practiced regulating breathing exercise. Remember stress is a friend not a foe, a friend with special needs and only you can provide those.

Open the discussion at work with managers and staff alike. Evaluate psychosocial risks, designs plan to reduce it, implement and evaluate in time. But most importantly it is you who must be good to yourself and manage your stress as no one can do that for you.

Eurofound and EU-OSHA (2014), Psychosocial risks in Europe: Prevalence and strategies for prevention, (PDF) Publications Office of the European Union, Luxembourg.