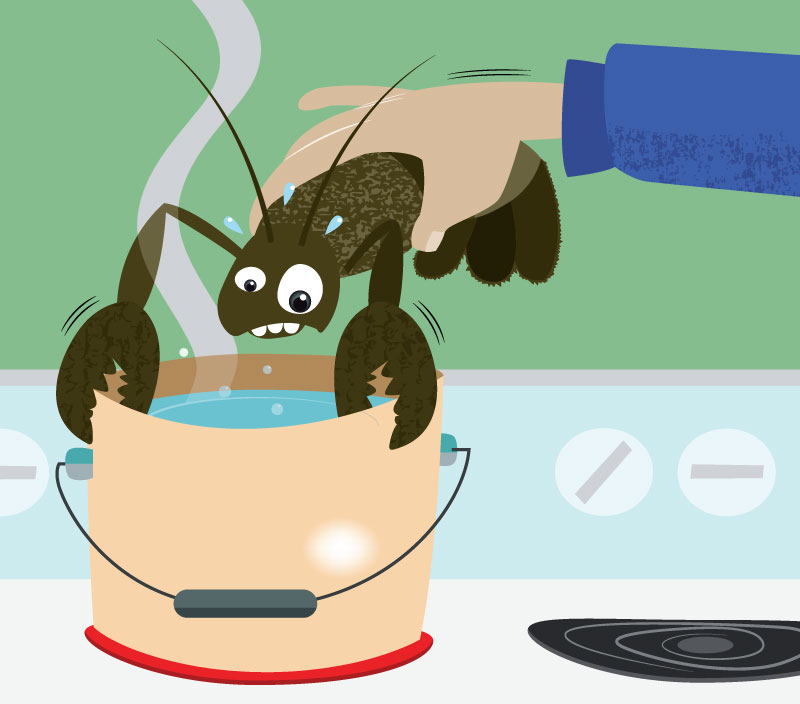 If we want a happy and productive life, it might be a good idea to practice letting go of thoughts that involve “resisting what is” on the basis that they’re all wishing for the impossible. That leads to a way of thinking called “accepting what is”, which simply means accepting the past and the present, or stopping wishing things were already different.

It might also be a good idea to combine “accepting what is” with refocusing on improving the future, wherever we can. We’ve called this combination “Positive Acceptance”.

Practicing Positive Acceptance involves noticing when we’re “resisting what is”, acknowledging that’s wishing for the impossible, letting go of that thought and refocusing on improving the future.

Most of the time, “refocusing on improving the future” may not be needed. There may be nothing we can do, or it may be too minor to warrant taking action to improve the future. In those cases Positive Acceptance is just about “accepting what is”.

Questions initially raised by some of those we’ve trained in the skills of Positive Acceptance:

The other 3% of negative thoughts are about worry. (Yes, we too were surprised to find this percentage is so low). If we’re worrying, we’re resisting aspects of the future that we believe, rightly or wrongly, we cannot control. We only worry about things to the extent we believe we cannot control them.

If we’re right that we cannot control whatever we’re worrying about, we need to “accept what will be”. We can replace our worrying thought with a more accepting thought… “whatever will be, will be”.

If we’re wrong in our assumption that we cannot control whatever we’re worrying about, we can take action to gain more control.

In fact whether or not we can control whatever we’re worrying about, the expression “whatever will be, will be” is still true (once we’ve done what we can do to control what we can control). So we can use it all the time to eliminate worry. I totally eliminated worry from my life in a few months by repeatedly replacing worrying thoughts with this statement. If you’re familiar with Doris Day’s song, you might prefer the French version: Que sera sera.

If also helps to know that whenever we’re worrying we’re nearly always exaggerating one or both of two things: a) the probability of something bad happening, or b) the consequences even if it did happen. In my younger days, I used to get anxious speaking to groups. So I’d worry about any upcoming presentation. I now know that I was hugely exaggerating both the probability of something going wrong (I’d already presented often enough without any disaster occurring) and the consequences of something going wrong (I was probably imagining it would be the end of life as I knew it).

So we can now include “accepting what will be” in our practice of “Positive Acceptance”.

All unhappiness entails resisting what was, what is, or what will be. Resistance is at the core of all dissatisfaction. Resistance is the basis of all unhappiness. Without resistance there’s only a willingness to resolve problems and explore the opportunities that life brings.

Resistance is a peculiarly human trait. Apart from us humans, nature is free of resistant thinking. We were born without it, until our elders unwittingly taught us to think this way. “Resistant” thinking has been handed down from generation to generation. So today we live in a crazy world where this is seen as a normal way of thinking.

Our studies tell us the average person has 20 to 50 resistant thoughts per day. I prefer to call them “crazy thoughts”. That heightened my motivation to eliminate them.

In a random 10 minutes of a well-known English TV soap opera, we counted 87 resistant thoughts. That’s one every seven seconds. For any single character, that works out at an average of 4,000 crazy thoughts per day.

The first time I counted my resistant thoughts, it came to 24 in a day. I probably missed a few, so I imagine it was over 30. Over a few months of practicing Positive Acceptance, I reduced that to close to zero. Anyone can achieve this with practice.

The more we practice, the better we get. After a while we’ve found it becomes more automatic. The mind becomes trained to think that way. Eventually resistant thoughts just stop arising.

We’ve abbreviated the term “Positive Acceptance” to “Pacceptance”. One of our trainees said she loved the concept and was using it all the time, but wasn’t entirely happy about the new word we’d created. I suggested she paccept it. I added an apology that it’s just too late to change it. Thousands of people we’ve trained are using it regularly in their lives.

In our culture, the word “acceptance” is often seen as a weak concept, unless we’re just accepting things we cannot change. That’s because we tend to view the word as meaning “letting things be”. If you had a hole in your roof and the rain was pouring in and damaging your house, and I suggested you just “accept it” you might think that to be rather strange advice.

But if you’re unhappy about the hole in your roof, irritated with the builders who laid the tiles, and upset about the damage that’s been done by the rain, I might suggest you “paccept it”. I hope that makes a little more sense and helps to explain why we felt the need to create the word.

We’ve taken on a monumental task of trying to change the way the world thinks. You might like to join us and contribute to our goal by practicing Pacceptance in your life.

Graham W Price is a chartered member of the British Psychological Society (BPS) and an accredited member of the British Association of Behavioural and Cognitive Psychotherapies (BABCP). He is the developer of Acceptance-Action Therapy and its personal development equivalent, Acceptance-Action Training. He offers free webinars called “Pacceptance Training” teaching the skills of Positive Acceptance and more. His company Abicord has recently teamed up with a well-known wealthy philanthropist who is sponsoring a goal to train one billion people in the next five years. See www.abicord.com.