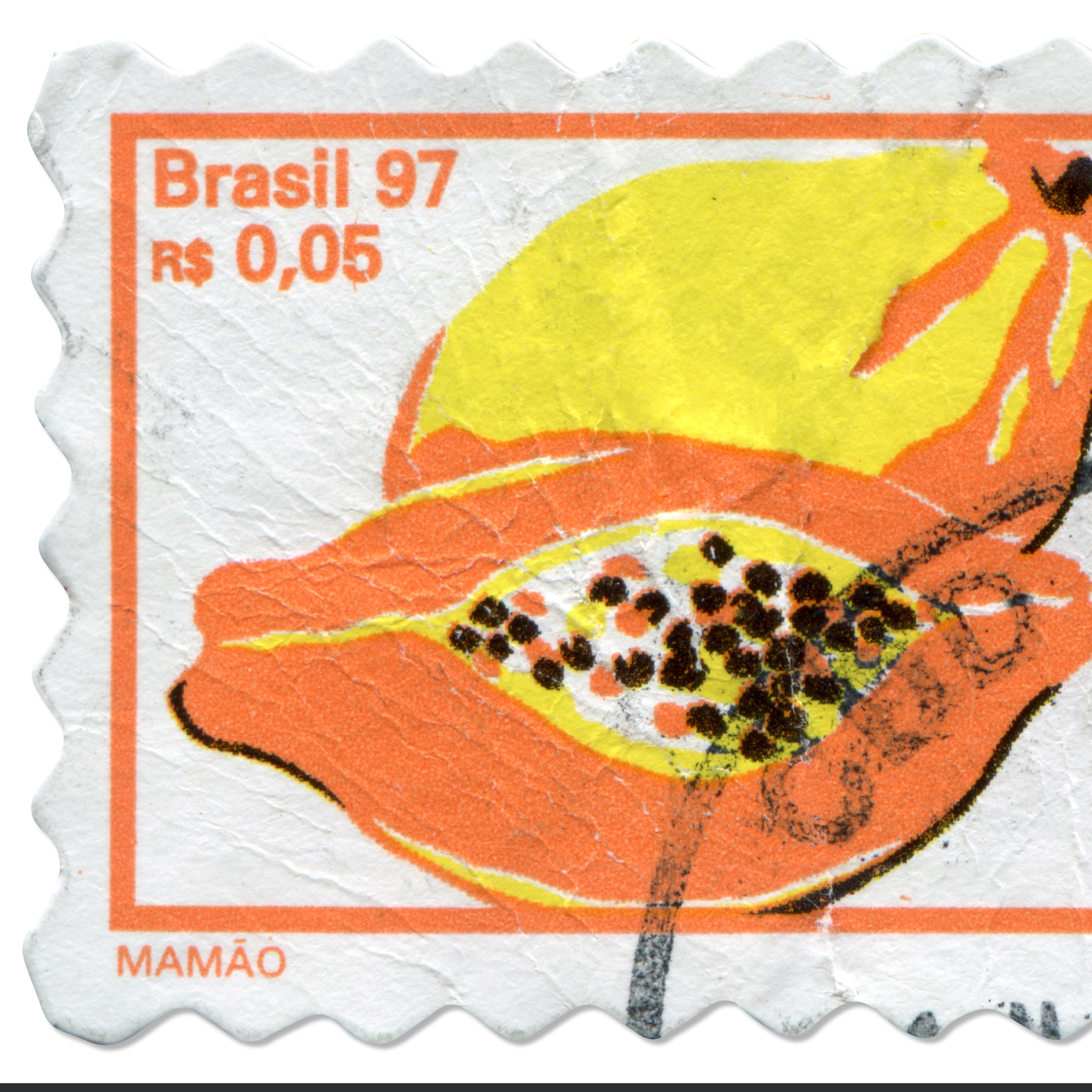 Executive Secretary asks two experts on the region to give their personal guides to doing business in Brazil.

The founder of Kwintessential, Neil Payne is currently the Managing Director of the company, overseeing global operations. He is also responsible for the management of cultural awareness training in Europe.

The Bossa Nova, Pele and coffee – now the B in BRIC. Having emerged from over half a century of military intervention into domestic politics, the proud South American nation has now recovered from the economic doldrums of the late 1990s to become the world’s ninth largest economy. Brazil is going places and business is big.

For those looking for opportunities in foreign markets, doing business in Brazil is certainly attractive. However, although there are roots in European culture, one has to be in tune with the very Brazilian way of doing things. A relaxed approach to life often hides to some extent the formalities and intricacies of getting business done.

As with many ‘warmer’ countries, a key point to consider is that the lines between business and pleasure are very grey. Doing business is seen as any other sort of social interaction. As a result people, emotions, gut feelings, loyalty and honour feature much more prominently in the decision-making process. Deals can be won and lost based upon the strength of relationships and the ability to nurture a sense of chemistry.

A potential Brazilian partner is essentially looking for two things:

1. Someone they like and trust; and
2. Someone who is competent in business.

Consequently when first starting out in the Brazilian market it is important to work through a local contact, known as a ‘despachante’. This contact has the ability to introduce you to the right people, vouch for your professionalism, set up meetings and deal with paperwork.

Time must be spent building strong relationships with people first. This will naturally lead to trust and then hopefully a business relationship. Invest time and effort in getting to know people on a personal level. This will translate into open and honest discussions in business further down the line.

One point Brazilians usually comment on is the tendency of European and American business people to get straight down to business. This can be seen as offensive and even aggressive. It is good practice to indulge in small talk whether it is asking about their children or chatting about the latest news or football results. Don’t be surprised if you are asked seemingly personal questions, as this is part of the getting to know you process. Reciprocate such questions and show an interest in their lives and background but don’t expect open answers from the off.

It is crucial to note is that Brazilians do business with people, not companies or organisations. As a result, if a team or individual who has built a good working relationship with Brazil is replaced, the company goes back to square one as the relationship has to start from scratch.

When first meeting your Brazilian counterpart ensure you stick to the initial formalities. Unlike many countries, surnames are not the norm. The use of titles however is tricky, even for Brazilians on occasions, as they depend on hierarchy, age and other factors. The safest option is to respond to your counterpart in the manner they address you – for example, if you are called ‘Mr’, then call them Mr back.

Dress is taken quite seriously in Brazil. This is possibly a manifestation of the subtle class system that exists there. People tend to judge others and dress is one of the many factors taken into consideration. When doing business in Brazil try and dress conservatively – a suit and tie for men and a dress and jacket for women. Although in some places jeans and a suit jacket may work, it is best to err on the side of caution and stick to a suit, at least until you understand the expectations.

The Brazilian communication style reflects their warm and vivacious characters. When greeting they expect a firm handshake combined with strong eye contact. Don’t be taken aback if they stand very close to you when speaking. Moving away may be interpreted as rejection. On the whole they are a very touchy feely people and close physical contact is not considered an invasion of personal space. When speaking they can become quite animated and passionate. Interruptions may come across as over the top. However, this is normal and, rather than having a negative connotation, reflects interest in what is being discussed.

Business meetings can be lengthy affairs. This allows for a decent amount of small talk before getting down to the nitty-gritty of business. Punctuality can sometimes be an issue in Brazil although this should not be interpreted a rude or lazy; sometimes it’s just the heavy traffic. As Europeans we may be accustomed to rigid schedules and appointments and always keeping one eye on the clock. In Brazil there is a very different approach to the concept of time. Individuals often deal with several people and different problems at the same time. Combine that with a complicated bureaucracy, frequent traffic jams and the tendency to get into a decent chat with anyone and the result is very often lateness. In this instance the ‘when in Rome’ rule should not be applied. Always turn up on time.

Remember that Brazilians will want two things out of a potential associate. A good relationship based on trust, plus a sound business partner. When presenting information ensure you use sound facts and statistics and try and present them visually. Ultimately a decision comes down to chemistry so ensure you remain cool and professional; avoid any sort of confrontation and definitely do not resort to hard sell tactics.

Ana Fletcher is a Secretary/Administrative Assistant. Originally from Brazil, she has lived in Birmingham in the UK since 2006.

In Brazil, it is unusual to say your full name when you first meet someone. We only do this in more formal situations, such as conventions or seminars, where your title and position are important for identification purposes. For example, the last Brazilan president, Luiz Inacio (Lula) da Silva, is known by his nickname, Lula.

When we refer to the current president, Dilma Vana Rousseff, in informal terms, we just say ‘Dilma is doing this or that’. We don’t use her surname, as we know who we are talking about.

In other informal occasions or conversations, we use Sir, Mister or Mrs first name. At my last job as a Legal Secretary in Brazil, the only person that I called Sir and Mister was the owner of the office, my direct boss, because he was the oldest in the office. The other solicitors were in their 20s or 30s, so we addressed them by their first name.

Business dress code is smart but light fabrics, because of the heat. For women, you would usually wear a dress, skirt or suit in the summer, depending on of the company’s field.

Working hours are normally 8 or 9am until 5 or 6pm for employees. The bosses normally start a little later at 9:30 or 10am. Sometimes they go straight to a meeting, coming back around lunch time. But they leave work later as well, sometimes at 8 or 9pm. Lunch time usually is 12-2pm. Overtime is more than common, at least half an hour. Want a part time job because you have to pick up the kids from school? Forget it! It doesn’t happen.

Business relationships and deal making are built on partnerships and friendships, which will develop into lifelong relationships. We are very relaxed.

Entertaining – well, happy hour – is a must. Expect to be at home around 9pm. Then a shower and something to eat… there’s no rush! I used to go to the gym, quickly make something to eat, then head right to the cinema, returning home at 11pm. Many deals are closed during this happy hour (especially with foreign clients) or at lunch. There is always an occasion to celebrate! Gifts can be exchanged at these occasions, or after the deal has been made.

Don’t you worry if you are late. It’s not the end of the world! Five, ten or even 30 minutes is perfectly acceptable. Just give them a call saying you’ll be late. If you’re late for work or a meeting, they will understand. Having said that, Brazilians are very hardworking and conscientious.

I think that we are a relaxed people in many ways. We like to enjoy every minute of the day without rushing. Everything has its time and place, so why panic?

I found the links below illustrate our culture very well, but there is much more about Brazil to be enjoyed.

For more information about business and culture in Brazil visit www.maria-brazil.org/business_in_brazil.htm and www.worldbusinessculture.com