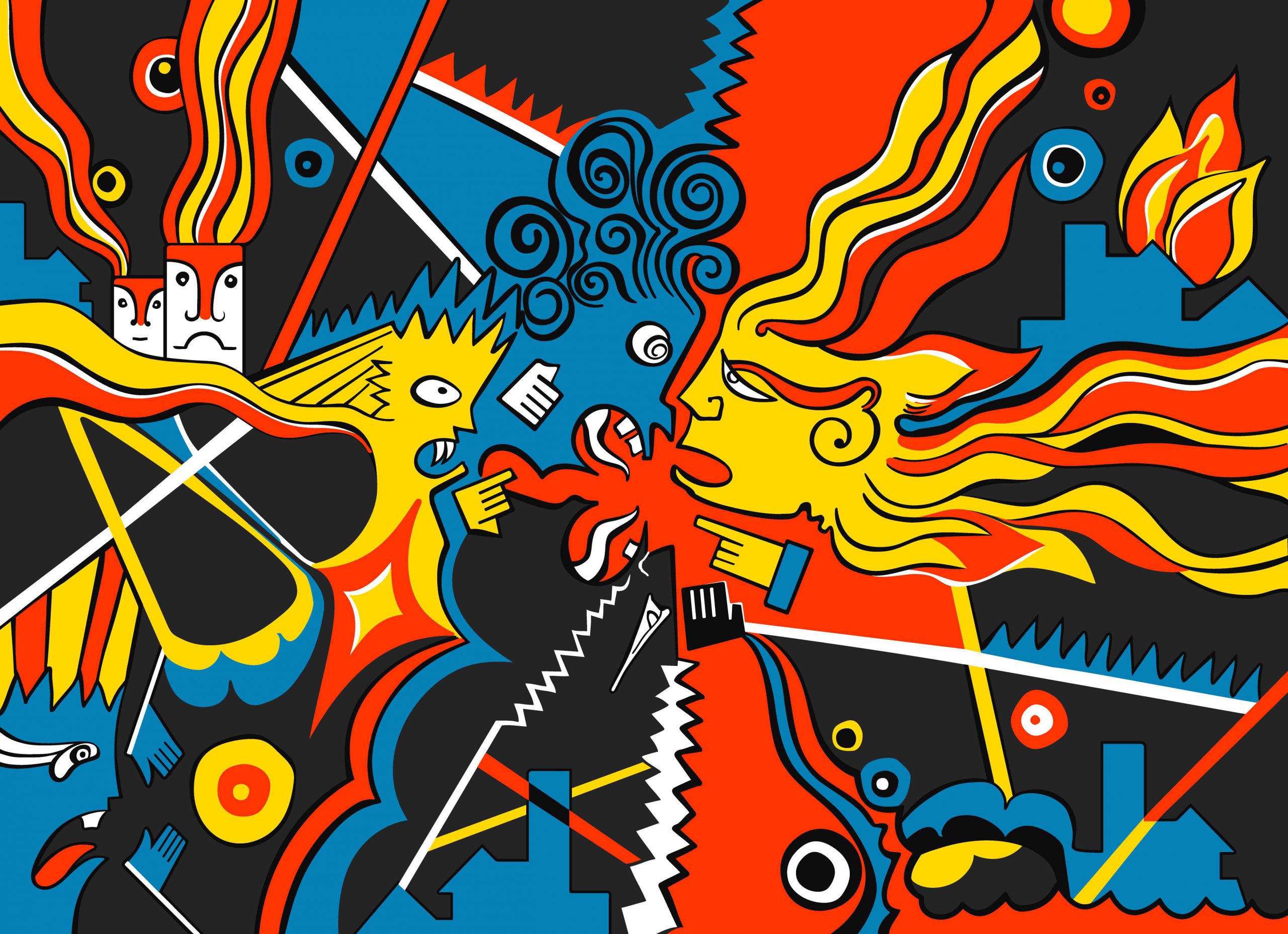 Why they fall apart and how you can rebuild them

‘Whenever I walk into Jan’s office, she gives me the cold shoulder’.

‘Every time I see Tom, he gives me a nasty look before I can say hello’.

‘I get the feeling that Sally is mad at me’.

Do any of these statements sound familiar? When working in an office with others for at least 40 hours a week, conflicts are inevitable and in some cases unavoidable. On average, we will spend over 2,000 hours a year at work and that doesn’t include overtime or a second job. In those hours, we are going to interact with hundreds of people with different personalities, behaviors and attitudes. So it is very important that we learn to work with these different individuals and maintain a peaceful, cordial, productive, and stress free as possible work environment.

In a perfect work space, everyone works harmoniously, smiling, exchanging pleasantries with little to no stress and exemplifying high levels of productivity. Of course, if this were the case, everyone would be the same person, with the same attitude. In reality, the workplace is a melting pot of differences, commonly refered to as diverse. In a diverse environment, there are no two people alike. There may be some similarities in work experience and education, but backgrounds, behavior, and attitudes vary for each individual.

As a result of these differences, conflicts will occur. Negative relationships between co-workers, especially those you work closely with, like a supervisor and employee, result in loss of productivity. When the emotional factors set in: resentment for the job and the co-workers, low productivity, and increased errors; then we are in danger of jeopardizing our professionalism. However, all of this can be avoided by following the steps to rebuilding positive workplace relationships.

Start with the damaged foundation

Rebuilding relationships is like inspecting a building that needs repairs. You must identify the problem and make the decision whether the foundation is able to be repaired or if the entire structure needs to be torn down and started from ground zero (or re-establishing credibility).

Then there are times when we know that there are some negative feelings between co-workers, but we never confront the problem (ignoring the ‘intuitive epiphany’).

When you acknowledge that there is a problem, you must determine what tools you will need to begin rebuilding:

• Ask questions. Making an assumption about what caused the issue is the wrong way to approach the situation. Ask questions to identify the problem and then you can determine solutions. The best question to ask is: Did I do anything to make you upset?
• Apologize. ‘Apologizing does not always mean that you are wrong and the other person is right. It just means that you value your relationship more than your ego,’ Unknown. Acknowledging that you are aware of the situation and offering a sign of peace is apologizing. Apologizing is the invisible white flag. It tells the other party that you are humbling yourself and want to repair what has been damaged.

The process of rebuilding

Once the apology has been made, the most difficult part is over. The apology acknowledges that there is a problem and that efforts will be made to ensure that the instance that caused the problem will not re-occur. The next step is to start rebuilding:
1. Work towards regaining trust.
When different situations arise that involve the same person, the rebuilding process is going to be more difficult. In any relationship, rebuilding trust is the most challenging step, but worth the effort. Along with trust comes respect, and both need to be earned.

Tim and John could never agree on anything; in a staff meeting during John’s absence, Tim made the comment, ‘I do not want to work on this project if John will be involved. He does not listen to suggestions and he is stubborn.’ Tim not only displayed disrespect toward his co-worker, he publicly admitted that he was not a team player. When John found out about what was said at the meeting, the already negative situation became worse. Tim needed to apologize for the comment and both men needed to work on building trust and respect for each other.

2. Be prepared to pay restitution.
Paying restitution means repaying the debt. For example, Jennifer, manager of the department, publicly yelled at Lisa during the meeting. Jennifer was not satisfied with the projections that Lisa calculated for the month. Jennifer’s restitution is to publicly apologize to Lisa, and moving forward, treat Lisa with respect since she is a part of the team.

3. Don’t rush the rebuild.
Rome was not built in a day. For some people it takes a little longer to let go of the hurt because a grudge has formed. The important thing to remember is: don’t force the process. Give the person time to absorb your actions and allow them to react on their own terms. This will allow you to appropriately move into the next step.

4. Wait and Observe.
If an apology has been given, and trust and restitution are in the works, now all you do is watch and wait. Look for a sign that your efforts are being received positively. Positive signs include: a change in behavior or attitude, genuine smiles, and cordial exchanges of pleasantries. After reviewing the process of rebuilding relationships with a client, she said during a final session, ‘For the last three months, Ken had not smiled or even said “good morning” to me. Last week at lunchtime, he entered my office and asked me if I wanted him to grab me a sandwich from the local deli.’ This was a major breakthrough for my client. She had been agonizing over the length of time she had been working on rebuilding the relationship. The waiting paid off and she was back on good terms with her co-worker.

5. Keep at it.
Finally, a breakthrough! You’ve seen a sign, and it appears to be business as usual? Yes and no. The victim is on the road to recovery, but you must maintain that positive connection and not allow the same negativity that resulted in the rebuilding process being necessary to occur again.

Conflicts are inevitable in the workplace due to the differences. Diversity means that we are all different; we have different backgrounds, personalities, experiences, and attitudes. When a situation occurs and affects the working relationship, it must be addressed. Rebuilding relationships takes work, but the end result will net increase productivity, a reduction in stress, and professionalism will remain intact.