Public Speaking – There is no need to fear 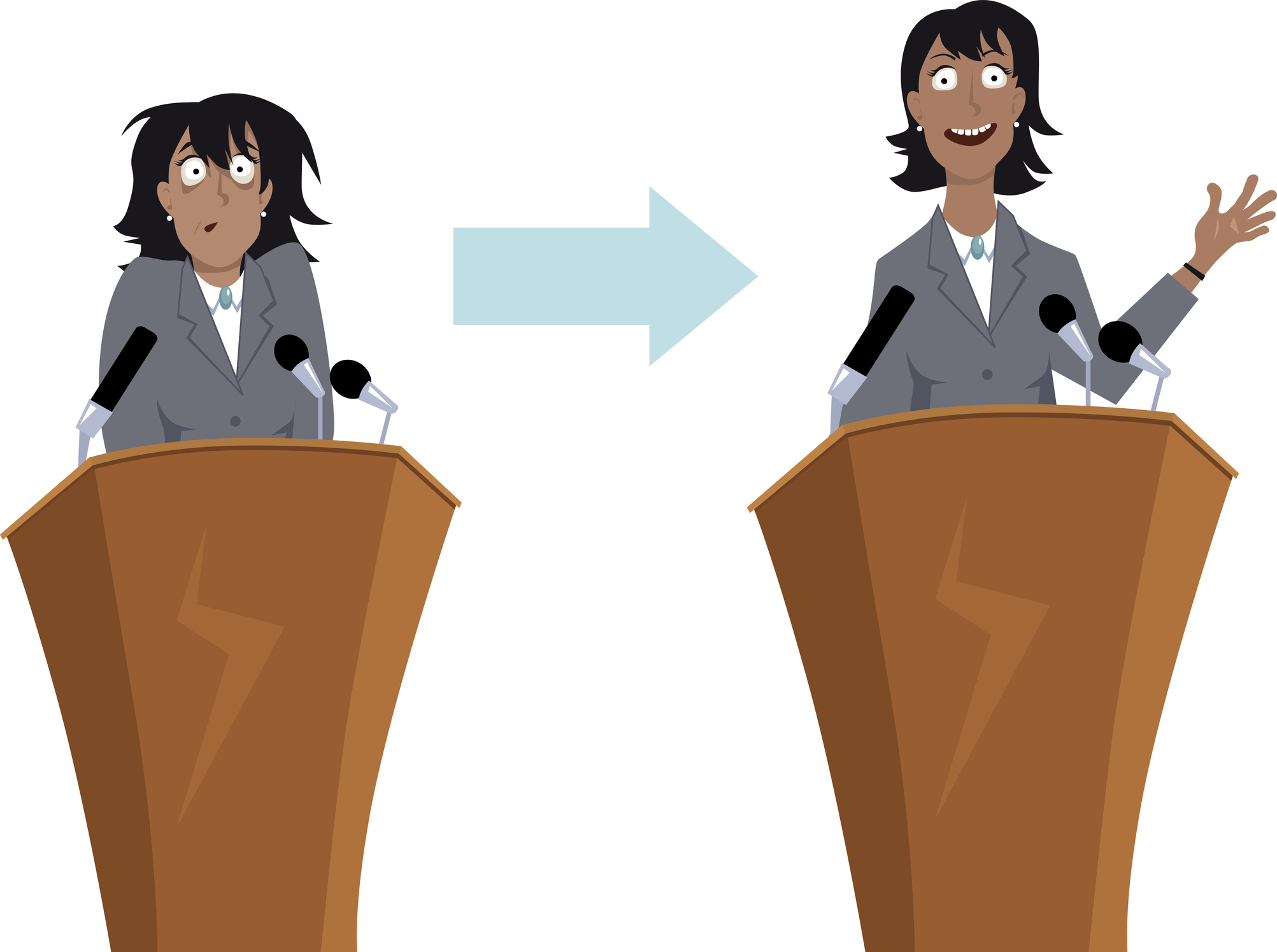 The desire to be part of a group at work is extremely powerful because it contributes to a large part of our social identity and to our sense of who we are. Intelligence/gossip is the lifeblood of many groups and can travel at a fast pace in organizations, affecting our reputation.  With so much uncertainty in this current age, group membership is increasingly vital. Effectively we want to stand out less and merge into a group more. This affects our ability and desire for public speaking.

Children often love the limelight but as adults many of us try to hide from performing. As we grow older there is a clear developmental stage where as a child we want to include other children in our games and begin to care what others think and feel.  The importance of social relationships is a key stage in development, but can result in self-consciousness of varying degrees.

I believe that not only are we more afraid of public speaking and outing ourselves on a platform in front of our peers, but we are increasingly less likely to give our opinions to our colleagues.  This is due to increasing levels of stress and a lower tolerance of different opinions. We are fearful of telling people what we think because of the repercussions we believe this has on our group membership, magnified further by the power of online communities and social media. It has become so easy to shame people anonymously.

Fear can do things such as cause us to speed up when speaking in public, a sort of “I’m going to get this over as soon as possible” attitude, whilst possibly throwing away an opportunity we could have used to shine. Not addressing this fear is a sure way to undermine your own success. Being able to ‘own the room’ will grant you numerous advantages in your professional life as it will help you connect better with people and will enable you to shine.

Tips for overcoming your fear of public speaking