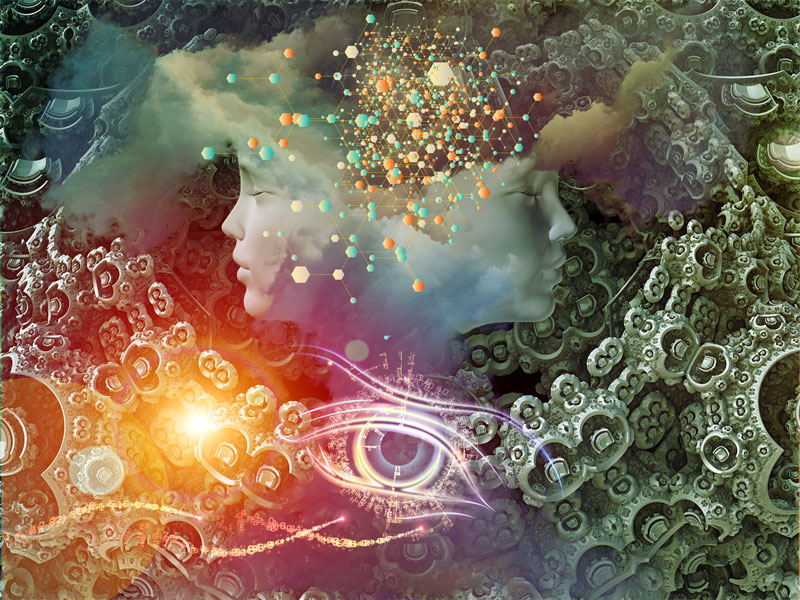 One characteristic of humans is our tendency to hold beliefs for which there’s no evidence and often plenty of counter evidence. This article highlights a few of the myths and other false beliefs known to psychologists.

No-one seems to know the source of this myth, other than perhaps the person who invented it. There’s certainly no evidence behind it and neurologists or other brain scientists certainly don’t support it. I work in the field of developing people, where it would certainly be tempting to expound such a belief to help people realise they have unrealised potential. Someone somewhere fell for that temptation, and eventually myth became an apparent “truth” as others innocently repeated it.

It’s certainly true that most of us have huge unrealised potential. Autistic savants are a specific illustration of possible unused potential. But these aren’t because we’re only using part of our brain. MRI scans show that our whole brain is highly active when carrying out tasks, communicating with others or thinking about issues. Our unused potential is about the way we use and develop our “already highly active” brain. After all it’s hard to see why evolution would have created the impressive brain we humans possess if we only use a small part of it.

The phenomenon of false memory is well known in the world of psychology. Our brains are capable of generating false memories, often by confusing dreams or imagination with reality and then believing them to be real. The phenomenon has been highlighted in America where thousands have reported having been abducted by aliens. Some may have been hoaxers, but the majority of those studied clearly believed their experience to be real. The topic was taken seriously enough for an advocate of the “probable truth” of these stories to be appointed a Harvard professor. It turned out that many, though not all, of the subjects had visited unscrupulous therapists who earned an income by planting false memories through hypnosis.

Psychologists are now confident that many, and possibly all, of the other “genuine” memories were the result of a phenomenon called sleep paralysis, where events imagined during a half-awake state can become real and vivid memories. The balance, if any, were almost certainly dreams believed to be real memories. UFO sightings of course are believed by even larger numbers, despite the fact that no credible evidence has ever been found. Probably the best evidence came from a reliable and trusted reporter who filmed a UFO flying alongside his plane. Millions were convinced until another team of reporters took the same flight and reproduced the film. It turned out to be an image of the tail plane refracted (light from the image was bent) by a curved window.

This statement is attributed to either Francis Xavier or Ignatius Loyola, 17th Century founders of the Jesuit movement. It’s an insightful recognition that many of our characteristics are formed by, or at least highly influenced by, early life experiences. Early experiences are certainly highly significant, as illustrated by the TV documentary series that’s tracked, over 40 years, the lives of individuals from the age of seven. The resulting myth, however, is that this is an unbendable truth; that people’s personality and self-beliefs are somehow fixed at an early age. This is far from true. The media is full of stories of how people’s personality, beliefs and lives have been transformed by events, insights or “discoveries learned from others”.

Modern psychology and development techniques, some of which I’ve outlined in earlier articles in this magazine, are creating massive change in individuals’ lives and achievements. Just one example out of many is the idea of adopting powerful self-beliefs and then behaving as though they were true, until they become true. The shame about the myth is that most people inherently believe it, even if they’ve never heard the Jesuit statement, and so never seek out the huge benefits available from transformational advice and trainings.

This is a complete myth, perpetrated by Hollywood, but disproved by many studies. Yet we hear it stated time and again. The real truth, supported by all the studies, is that people with similar personalities attract. No doubt exceptions can be found, but they’re relatively rare. Enter “Medical Daily – Do Opposites Attract?” in a search engine such as Google, if you’re interested in details of some of these studies.

It’s worth mentioning another belief for which there’s clearly no evidence…. which is that humans may soon stop generating or perpetuating psychological myths and false beliefs. They, after all, have a popular appeal that will ensure they remain part of our colourful human character for some time to come!