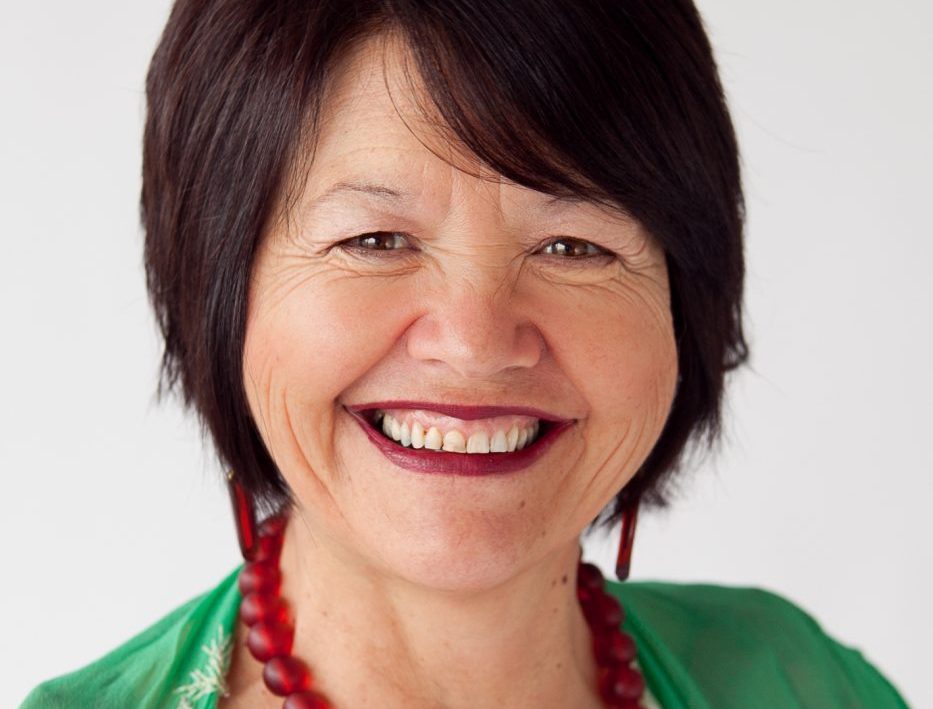 Wendy Rapana is the former President and current Business Development Adviser for the Association of Administrative Professionals New Zealand (AAPNZ).  Ahead of our first Executive Secretary LIVE in Auckland 14-15 July, we learn about Wendy and the AAPNZ.

I was born in New Zealand in a small town called Hawera in the west province of Taranaki, which is dominated by our spiritual landmark, Mount Taranaki.

I have had many jobs but started out as a clerk in the Bank of New Zealand, was an administrator at the local hospital, became a Dispensary Assistant at the Taranaki District Hospital, bank teller at the Auckland Savings Bank, and then took on a series of sales positions in the radio advertising business.

In 1996, I established a Maori radio station in New Plymouth, “Te Korimako o Taranaki”.  This was an opportunity of a lifetime to design the studio alongside Radio New Zealand staff, purchase radio equipment, hire staff and get it operating as a new entity.  It’s still operating to this day!

Two years later I moved to Wellington to manage the flagship Maori language radio station “Te Upoko o Te Ika”. I left there to have a baby, he is now 22 years old! My husband and I have a blended family/whanau, two sons each plus our shared son – yes five boys altogether.  We are blessed with five grandchildren or mokopuna, with another on the way.

I joined AAPNZ in 2006, I was on the National Executive Team for four years (in my role as Chair of the Limited Liability Company), National President for two years and I’m currently in a new role as the Business Development Adviser.

My husband and I are partners in HUIRAE Management, a business consultancy.  My focus in the partnership is as a workplace assessor where professional development is a key focus.  I credentialise candidates against nationally recognised qualifications and work with a myriad of people employed in many different occupations in New Zealand.

My mother died when I was two years old, she was Maori and indigenous of New Zealand. I did not get to meet my extended family until I was a teenager.  My ancestor is Te Rauparaha, a famous Maori Chief who wrote the haka “Ka mate Ka mate”.  This haka is used by New Zealand’s national rugby team, the All Blacks; they have helped make it recognisable around the world.

My father was English, as is my step-mother, so I did not get to embrace my indigenous background until I made that choice as an adult.  My business HUIRAE is named after my mother and loosely means “the gatherer”. I have taken that transliteration and used it to be the connection between Maori and English in New Zealand, essentially gathering people together.

How did you become involved with the Association of Administrative Professionals, New Zealand (AAPNZ)?

I became involved with AAPNZ when my friend and colleague Eth Lloyd invited me to represent the association on a New Zealand Qualifications Authority (NZQA) committee. AAPNZ is acknowledged by NZQA as the Peak Body for anything to do with Business Administration. I became very involved with the targeted review of qualifications (TRoQ) and as a result we have a new suite of qualifications as part of the business field for NZQA. This is referred to as Business (Administration and Technology) levels 3 to 5 and a new level 6.

The significance is that we are part of the Business suite of qualifications as a specialist strand rather than being separated out into a section of our own.  This has legitimised our profession as being part of Business.  The other significant step was identifying the importance of technology in our profession and being able to make that a key focus as well.

The new qualifications are future-focused and will hopefully appeal to Gen Y and Z. They need to acknowledge the Assistants that came before them; the ones that established and nurtured associations such as ours; it’s their legacy.

Tell us more about AAPNZ.  What can Assistants expect to gain from becoming members?

As with most membership associations around the world, membership issues are always a challenge.  In my role as the National President for AAPNZ from 2014 to 2016 my focus was on the association as a business and raising its credibility.  Certainly, the work with the new qualifications was a big part of that, but also members’ perceptions of themselves as business partners not just secretaries, administrators, typists, etc.  Senior roles for Administrative Professionals are the life blood of any organisation and our members have proven that. Our focus to credentialise them has lifted that old perception.

AAPNZ is a place to feel safe and nurtured and provides information and for individuals and groups to become better administrative professionals.  Our regional groups provide comraderie, professional development opportunities, access to training and career opportunities, status in the community and ability to meet suppliers, advertisers and strategic partners.  AAPNZ can be as big or as small a part in your life as you want it to be. I’m also part of the AAPNZ Maori Advisory Committee and we advise the National Executive Team on protocol at our AGM and key events.  We are teaching members a waiata or song that can be sung for our events as well as translating a karakia or prayer that members can understand and become familiar with.

A Maori name, Te Kawarangi, was considered by AAPNZ members to add a distinctive cultural dimension and value to our formal title. Kawarangi is a term given to a form of plaiting used in the ornamental borders of cloaks. Metaphorically, it relates to our key function as administrators; in our ability to co-ordinate and manage a broad range of activities that enhances the overall role of the organisations we work for. The use of the Maori language defines who we are as a nation, and internationally gives us a unique global identity.

I’m inspired by people who take additional time out of their very busy lives to undertake professional development at any level because it’s an effort, but so worthwhile at the end of that journey.  It’s the ability to change oneself and be future focused that motivates me specifically.

I’m inspired by women who dedicate their lives to assisting others especially in the administrative professionals’ world.  We have founding members of AAPNZ who are still actively involved and willing to mentor anyone who needs help or wants to be the very best they can be; members such as Eth Lloyd, Marie Hucker and Valerie Jackson.

My family/whanau who are just lovely men and have chosen their partners well, therefore I have beautiful and mischievous mokopuna/grandchildren who keep me young.  There is one grand-daughter in amongst all those boys called Mika Ruby.

Inspirational people who put themselves on the line such as

My advice would be to look for an association or group of administrators to get advice from.  If you are lucky to have a really good manager, then listen to what they have to say and take on any challenge they might give you.  Being the best that you can be only happens if you have people around you who know what “great” is and don’t want “good”.

Find out exactly what an Assistant is and the career pathway for this role.  Who do you know and admire in this role? What’s the top job in your own country? I’ve always admired Helen Clark, who became the UN Administrator – the top administrative job in the world!

So, what’s next for Wendy Rapana? Where do you want to be in five years’ time?

My life in the past 5 years has been focused mainly on AAPNZ so I am taking a step back from that to focus on other things, but will always remain a member of AAPNZ.

I am working with the World Administrators Summit Advisory Group and we are focused on the Summit next year in Frankfurt, Germany.  In 2021 it will be in Wellington, New Zealand, so I will be involved in the organisation of that event.

I am a Board member of Volunteer New Zealand (VNZ) and currently advise them about credentialing managers of volunteers with a NZ qualification in first line management.  In five years’ time, I would hope to have encouraged thousands of managers in the voluntary sector navigate successfully through this process and have been awarded a NZ Certificate.

My work to support Maori Women in Business is always ongoing and a delight.

Where will I be in 5 years’ time? I will have reached retirement age, not that it means I will be retired, but I hope to be enjoying “me time” a lot more at that point.