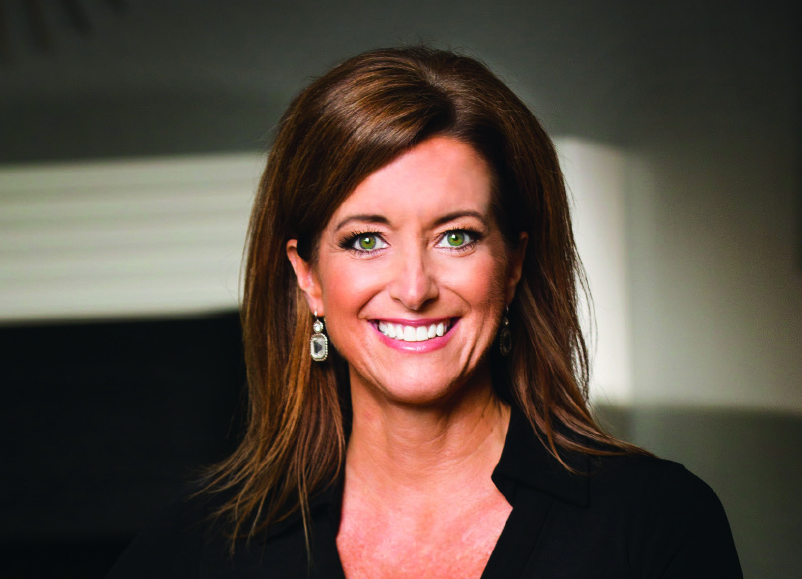 Peggy Grande is a former Executive Assistant.  She worked in the Office of Ronald Reagan in Los Angeles, California for 10 years, and has recently published a book on her experiences, The President Will See You Now

I was born and raised in Southern California and still live near Los Angeles with my husband, our four children and our 2 dogs.  I love the people, the variety, the opportunities and the lifestyle of LA – and of course the weather affords lots of time outdoors in the beautiful So Cal sunshine.

I currently own my own company which provides the umbrella under which I can do everything I enjoy professionally – keynote speaking, leadership training, corporate consulting, and management of strategic partnerships, specialty projects and exclusive events.  I work with clients ranging from C-Suite Executives and management teams to political figures, students and Executive Assistants.

I graduated from Pepperdine University, where I earned a degree in Communications and Business.  I always saw the world of politics as my hobby and something I was interested in and fascinated by, but never thought it would be a professional arena for me.  President Ronald Reagan was in the White House from 1981 – 1989 and was known as “The Great Communicator”, so in him was the convergence of so many things that I loved and enjoyed.  When he finished his two terms as president he returned to California, which is where I started working for him.  I was entering my final semester in college and wrote a letter asking for an opportunity to work for him.  I was hired originally as an intern, then was offered a full-time staff position as the Chief of Staff’s Executive Assistant upon my graduation.  After just a few years, Ronald Reagan’s long-time EA retired and I was asked to serve the president in the role of his Executive Assistant.  I sat right outside his office door and worked in that capacity until 1999 when he withdrew from public life.  During those ten years in his office I had the privilege of seeing this iconic man behind the scenes, watching him interact with everyone from world leaders to patriotic Americans, war heroes to babies, each one being treated with equal respect, attention and made to feel as if they were seen, valued and important to him – because they were.

Tell us a bit about your book The President Will See You Now. Why did you decide to tell your story?

ven though there are hundreds of Reagan books out there, none of them fully captured him in the way that I saw him. This is a very different book about Ronald Reagan – it focuses on him as a man and as my boss. Rather than being about the politics or policies of his presidency, it is about the personal side and the character of the man. I had an opportunity to observe the president’s interactions with everyone from world leaders, to Mrs. Reagan, from my own children to ordinary Americans. I saw him salute heroes of our military and watched as others honored him with emotional responses of gratitude. In my book readers walk into his office with me, travel alongside the president and have a front row seat to re-live all that I saw and observed during that decade I served him, and on into his final twilight years.

In my experiences I hope that you will find your own – the resolve to step into a space that is challenging and stretches you, the confidence to find your footing in a role that once seemed impossible and then suddenly seems perfectly suited for you, the convergence of personal and professional life that stretches you physically, emotionally and spiritually. You’ll discover that even pain and heartache can produce growth and greater competence in your abilities and confidence in yourself as being stronger than you ever imagined. And you will realize that life is a beautiful circle and that it can end as it began – hopeful, optimistic, full of faith and love for others and for our great nation, even when it’s not the fairytale ending that we all want. Those are some of the lessons of my years with Ronald Reagan and, in part, is what you will find in the pages of “The President Will See You Now”.

Technology! And global interconnection. There are so many more ways to be efficient now, yet the pace of workload has also exponentially increased due to the expectations of reduced turnaround time. There also is increased pressure to make everything look good, not just be accurate so the emphasis can definitely be on style over substance, which becomes a slippery slope. Global interconnection makes anything possible, but also makes it easy to spend unnecessary time chasing things that aren’t essential and can divert your focus from the priorities, which should dominate your attention and effort.  Let technology and ready-access to a world of information enhance your work, not distract from it.  Always have your game plan and stick to it.  If you sit back and wait for what comes your way you will always be behind, regardless of how helpful technology is to you.  If you play offense, not always defense, you will more consistently accomplish that which you intend.

Driven and passionate people inspire me. Regardless of what industry or arena, I take joy and inspiration from those who have found their calling in life and are pursuing it with enthusiasm. Irrespective of title or stature, there is a powerful aura around those who are living out what they were put on this earth to do. People who love their life and love what they do are those I admire most and try to emulate.

I personally believe that the term “gatekeeper” evokes a negative connotation of the assistant role.  Instead I always strove to be a “gateway.”  Rather than being an obstacle, I wanted to be the very conduit by which things were accomplished. If I had the boss’s ear and knew his goals and priorities, then things that came to my desk that belonged on his would be fast-tracked directly to him. If a request came to him that I knew required additional information or action prior to being seen by my boss, then I would reroute it to save time and unnecessary involvement on the part of the president. I wanted to be approachable and helpful on those items that were a priority to the president.  In doing so, I became the person that others would come to when they wanted something done, rather than someone they would try to avoid.  I wanted others to know the fastest and most efficient way to accomplish something was through me, not around me.

If you work in a C-suite environment you need to cultivate an executive presence of your own.  Even if you are at the bottom of the organizational chart, you are a visible presence in a prominent environment.  Realize that you are the face and the voice for the person you support, and understand that who you are and the image you portray reflects directly on your boss.  Nurture a quiet strength, a professional persona, a constant calm and a pleasant way of interacting with everyone and you not only will be further respected, but your boss will be as well.

So, what’s next for Peggy Grande? Where do you want to be in five years’ time?

That’s such an interesting question for me right now, because if you had asked me five years ago what I would be doing in 2017 I never would have imagined that I would have just published a book and would have the opportunity to share my decade with President Reagan with the world.  And yet now I’m in the midst of a national media campaign, which is giving me the platform to tell my story, and more importantly, is giving the book’s readers a chance to reflect upon and rediscover their own story.  As I travel across the country promoting the book, people everywhere are sharing their stories with me – what part of the book relates to theirs, what elements of my life parallel theirs, what memories of mine evoke their own.  So in a way, I am learning much more than I am teaching.

I am excited about the next five years since I don’t know what they hold, but I am committed to being bold and fearless in embracing them.  Writing this book and telling my story was a huge leap of faith and I determined that I wouldn’t lock myself into anything small after the book came out, but would leave the calendar fairly open, making room for the possibility of something big.  At this point I have no way of knowing what that will look like, but I do know that, as with everything in my life thus far, I will be prepared to act when I see an opportunity and will find a way to maximize any doors that open to me.  Maybe we can talk again in 2022 and I can update you then?  It’s sure to be surprising – and exciting!

Thank you for the many ways you educate, support and encourage the EA community.  Assistants contribute immense value worldwide and I am proud to be aligned with this remarkable group of dedicated and accomplished individuals.