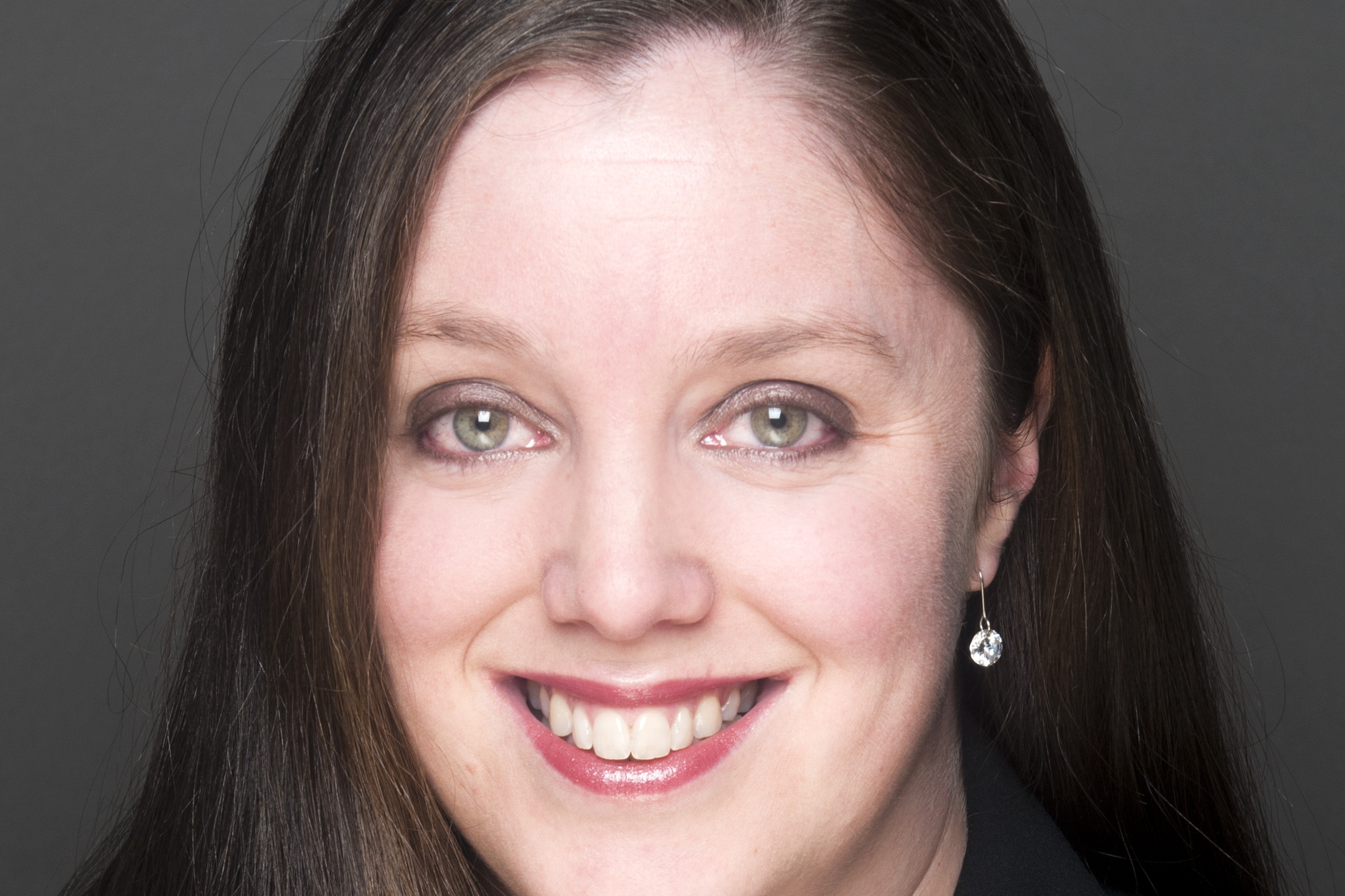 I’m from Ireland – I grew up in Cootehill, Co. Cavan, and I now live in Dublin.  Having grown up in a small town in the countryside, I discovered when I moved to Dublin that I’m a city girl at heart! I’ve lived in the city centre for almost 19 years and I still love it as much now as I did when I first moved here! I’m very lucky to have the best of both worlds – if I want to escape from the city for a break, I can be home in less than two hours.

I currently work as an Executive Assistant with Morgan McKinley, a global, professional services recruitment consultancy. I support the Global FDI Director, the COO for Ireland and the CEO.

I’m a career Executive Assistant – I’ve worked alongside senior level executives in a series of roles spanning almost 19 years. Before my current position in the recruitment industry, my background was predominantly in the technology industry.

I spent over 16 years at technology multinational Oracle, progressing through roles from Team Assistant to Personal Assistant and ultimately to Executive Assistant. That was followed by an EA role at DAQRI, a leader in the professional grade augmented reality space.

I found my niche as an Assistant very accidentally!

The last full-time course I had completed focused on languages, technology and business administration.  When I finished this, I was unsure about my next step and the type of roles I wanted to pursue.  That course had given me a solid business grounding and also qualified me for multi-lingual telesales, however sales didn’t feel like the right fit for me. I registered with a few recruitment agencies to understand the options available while considering my next steps. It turned out that one of those agencies set me off on the path of my assistant journey!

They proposed my applying for a 3-month position with Oracle while I considered my long-term plans. The role was as the second Team Assistant on a large, busy sales team. My language skills meant I was well suited for the role given the team worked in the French & Southern European Market, and it reported to a Sales Director who was a French national.  I applied for and got the role and to my surprise discovered that I had found my perfect career. It’s true to say I had always been organised and methodical, it just hadn’t occurred to me until that point that being an Assistant could be my career! The rest as they say is history, my 3-month contract turned into a journey of over 16 years where I had the opportunity to progress through the organisation, growing and developing my skills as an Assistant as I moved from role to role.

So, becoming an Assistant was fortuitous rather than planned, but I’ve never looked back and am grateful to that recruiter who helped to set me on this path, I can’t imagine doing anything else!

A big change is how the role of the Assistant has grown and evolved in that time.  When I look back to my early Assistant roles and also consider the roles of other Assistants I knew back then, they were primarily task driven roles grounded solely in administration.  Now Assistants are being recognised for the strategic value they add to an organisation and how they make their Executive more effective and successful.  Assistants now have a voice, a seat at the table and they’re working in the business alongside their Executives, as opposed to solely executing lists of tasks. I know it’s true that many Assistants are still pushing to have their value acknowledged and understood within their organisations.  My hope is that this will continue to change and that we will finally reach a point where nobody will ever again hear the old chestnut “But you’re just an Assistant”!

Outside of the evolution of the role itself, the next biggest change I’ve seen is with technology, from my first role working on a huge desktop PC to now having my lightweight laptop which turns into a tablet, a mobile phone which probably has more processing power than that first desktop and the countless applications on both to help make my job easier and more efficient.  The development and evolution of that technology which we now take for granted on a daily basis has moved at an incredible pace and it doesn’t show signs of stopping anytime soon!

You are the Chair of the Association of Professional Administrators in Ireland (APAI). Tell us about that.

The APAI is a not for profit, voluntary organisation which was founded in 2014.  The Association was born out of a group conversation about Assistant networks at that years’ Executive PA Forum, run by Fiona Kelly of Zoom In.  At that time, there was no national Assistant network present in Ireland, and it was clear from this conversation that this was a gap which needed to be filled.  People just began putting up their hands and volunteering to help get something off the ground and it took off from there.  I was one of the founding members and it’s been amazing to see the Association go from strength to strength and to watch the membership grow. Given that all Executive Committee members give their time to the APAI on top of their already busy day jobs, it’s even more satisfying to see what has been achieved.

The goal of the APAI is to promote the success and highlight the important work of administrative professionals in Ireland.  We provide support, development and networking opportunities to prevent administration professionals from working in isolation. We work closely with our event partner Zoom In to provide four events per year.  These have a speaker on a motivational or development topic, as well as the opportunity for peer networking in a variety of venues across Dublin city.

I must say that I’m very proud to work with the APAI. The Executive Committee are an amazing group of talented and inspiring women who I really love working with.  Hearing the feedback from our members that they value the network which we’ve built together makes it all the better.  As we say in the APAI – “Together We Can Do More”!

How important do you think Associations and networks are to the career of an Assistant and why?

I believe it’s critical to be part of a professional Association or network. There’s so much to be gained in connecting with like minded Assistants for mutual support, encouragement and knowledge sharing.  We all have those times when we need some motivation or someone to turn to with practical questions or issues.  Having that network to go to at those times is invaluable.

From a career development standpoint, building your network is essential, you never know who may help connect you to your next great job opportunity, or who you may help to connect to theirs.  As my friend Diana Brandl says, “the future belongs to those who are connected”.

What are the changes that you believe face assistants in the future?

I believe the Assistant role will continue to evolve and the remit of the role will expand even further.  I think it’s true to say of most Assistants that we no longer wear just one hat.  We’re management Assistants, project managers, event planners and everything else in between.  As we move forward, Assistants will take on even more responsibility within their organisations. For example, we already see examples of Assistants who have taken on responsibility for managing social media strategy and presence.

My family and friends have always been a huge source of motivation and inspiration for me. I know that no matter what happens, they have my back and there’s great strength and encouragement to be taken from that.

My fellow Assistants and my APAI colleagues inspire me every single day.  I always feel so energised and motivated after every Assistant conference, training session or APAI event that I attend.  It’s really incredible to feel that energy and power in a room full of like-minded, driven Assistants who are determined to grow, develop and take on whatever challenges they face in achieving their goals.

So, what’s next for Natalie Egan? Where do you want to be in five years’ time?

This is a tough one to be honest. I’ve never really been sure how to answer the “where do you want to be” question! I would hope to still be working in an Assistant role that I love, which challenges me to keep growing, learning and pushing my boundaries.

I’ve been lucky to have had the opportunity to speak at several Assistant conferences and events over the past few years.  I would like to be doing more of this, as every time I do it, I learn something more about myself, something new from my peers and I love the opportunity to share what I’ve learned along the way with others, particularly new Assistants coming into the industry for the first time.