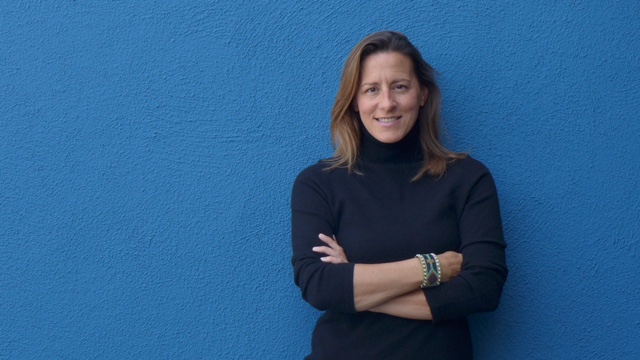 Libby Moore is the former Assistant to Oprah Winfrey

Can we start with a little background information? What is your background?

I’m going to start WAY back when I was a kid, I wanted to be either a surfer, a cowboy or an 18-wheeler truck driver (my Mom was not happy). I got an Associates degree in Radio & Television and started working at the age of 20. I sold radio advertising, newspaper advertising and wrote radio commercials.  From 23-25 I moved to Colorado and skied as much as possible, which meant lots of odd jobs for two years; cleaning houses, babysitting, walking dogs (my Mom was not happy).  I moved to New York City hoping to break into comedy and a month after I arrived I got a job as a personal assistant to a well know American Talk Show Host, Maury Povich. That job launched my whole “assisting career.”

As soon as I moved to New York I got a job at a temp agency which I hated. I had to answer phones and wear pantyhose. (I was not happy). About a month after I was there I had a lunch meeting with Carla, who was an Associate Producer at The Maury Povich Show. I gave her my resume, and said, “if anything comes up to please call me.”  A week later she called and said that Maury needed a driver, as in “chauffeur,” and asked if I would be interested?  I said, “Yes.” That is what ‘got me in the door.’

I was interviewed by his assistant, Erika for the driver position. She called me back for a second interview, a “test drive,” to drive Maury home after work one night. At that point I said, “thank you for the invitation, but I just can’t see myself being a driver for a year. I’m going to have to pass on this,  but if something else comes up, please let me know.”  Erika called me again about a month later to say she had got a promotion and asked if I would be interested in being interviewed for her job as Maury’s Personal Assistant.   I got the job and stayed for 3 years.

You are best known as Oprah’s Assistant. Tell us how you came to be doing this role?

After 3 years as Maury’s Assistant and 4 years as an Assistant to Jann Wenner, founder and publisher of Rolling Stone magazine, I was thinking about leaving the profession for good. I had moved to New York to be in comedy and being an assistant for 7 years was not “in my comedy plan.”  One day I received an email from a networking group that I was involved in, NYCA (New York Celebrity Assistants). This group consists of about 100 assistants to very high level/high profile people in film, television, fashion, finance, etc.  The email said something like; “Executive Headhunter in search of chief of staff, executive assistant to high profile person in Chicago.”  It didn’t mention who it was, but it did have a very long list of responsibilities, and as soon as I saw the first two; coordinate private plane and aviation team, coordinate hair & makeup team, I immediately knew that it was “Oprah,” and I had this very clear feeling that this was the job for me. I got the job and ended up staying for 11 years. It was THE most extraordinary and mind-blowing experience. Extraordinary!

It took me a solid year to “get my arms around” the breadth and enormity of the job.  The first year I would arrive around 6:30am and leave around 11pm/midnight. It was so overwhelming but I quickly learned how to delegate to the team of assistants that I managed, and they were excellent!  Without whom I would not have survived a year.  A typical taping day would be to arrive around 7:30am, go in and brief Oprah on the day, cover some business and try to get as many questions answered as possible before the producer came in to brief her for the show. I would then pull the team of assistants together, debrief them and delegate projects.

During the taping of the show, I would shut my office door and watch the taping, while responding to emails, (about 250 a day on average). Once the show wrapped around 10:30am, I would open my door and begin to receive a constant stream of meetings, calls, and questions that would flow for the entire day.  Around 7:30/8pm, things would start quietening down a little and that was when I could really concentrate on the work I needed to do solo.  So leaving around 9-10pm was pretty normal.

It must be hugely pressured looking after one of the most famous women in the world. Tell us about this.

First of all, what an honour that was! Her show was in 144 countries around the world and Oprah inspired millions of people to want to be their best self.  I got to take care of her so that she could do what she did best. It was my pleasure to support her in that way.  As far as pressure goes  the highs were super high and the lows were super low. Not because of Oprah, because of everything else swirling around that level of power, money and fame.  Again, if it were not for the excellent team of assistants that I worked with, I never could have made it in that job. It was team work in the truest sense of the word.

What was the highlight of your career with Oprah and why?

There are so many, it is hard to just choose one.  In early 2009 Oprah started talking about what she wanted to do on one of her new shows for OWN (Oprah Winfrey Network).  My partner at that time, Peggy, and I got to be immersed in the original conversations and creative collaborations with Oprah and the team about what that would look like and feel like. That show today is called Super Soul Sunday.  Hands down one of the top highlights. I felt vibrant and fully alive whenever we would do a deep dive into those conversations.  In addition, I have to say that getting to know Oprah and spending time was a true highlight. She is truly one of the funniest people I have known and there was a lot of laughter in those 11 years.

Tell us about a time something went horribly wrong and how you dealt with it.

As much as I would love to answer this question, I am going to pass.  Let’s just say there were two incidents that I can remember where I “forgot” something and it caused major problems.  She could have fired me on the spot but she did not. That was the graciousness of Oprah.

What I will add is that whenever something goes horribly wrong, take a deep breath, exhale slowly and if it is your fault, own it. Apologize and take action to course correct and then move forward. Personally I also do A LOT of praying and asking to be guided in the right direction.

What lessons did you learn in your time as Oprah’s Assistant?

Always do your best, stop trying to be “perfect” and just do your BEST.

If you “think” someone has more power over you, you’re right because you gave them that power. Your thoughts create your life. Be careful what you “think.”

Oprah said that one of the top things she learned from interviewing so many people was that we were all the same in that we just want to know, ‘did you hear me?’ At the core, we all just want to be heard.  Follow your intuition, and what makes you feel alive, and that will lead you to your calling.  There are so many things I’ve learned… I could go on and on.

What are the main changes you have seen in your time as an Assistant?

I left the profession 4 years ago and I’ve seen how it has changed . I would say that Assistants are learning to respect themselves more, so therefore they are more inclined to speak up and be a bigger part of the CEO/Assistant relationship and therefore commanding more respect from ther CEO/Manager .

At the very core it is ALL about self-love and respect. And the more you do THAT (for yourSELF) the more you will be valued in the company.

I think 10-15 years ago, the assistant was perceived as a strictly support role, whereas now they are becoming more involved. Smart CEOs “lean into” their assistants. Their assistant is filled with insights into the company that they would never know about because they are too high up the ladder to get that insider info. It pays to pull your assistant up to the table and into the conversation.

“Spirit/The Universe/God/Source/Possibility” inspires me. We are all fighting over “what” to call it, and therefore missing the message AND the power that is accessible to us and through us. I believe we are all talking about the same thing and that really inspires me!

I also love people and connecting in REAL conversations, heart-to-heart, energy-to-energy, love that! I like surfing, water skiing and snow skiing, (all sports I picked up again in the last 3 years). I love taking cross country road trips which I find so inspiring and FUN. I think it fulfils my childhood desire to be a cowboy. And I love having conversations with people that think out of the box… Super innovators. I’ll stop there, because I could go on forever.

The obvious is always do your best, not “perfect”, YOUR best. Whatever that is.  Be yourself with all people, at all times, in all situations.  THAT is your “secret sauce”, just being YOU, and all of your lovely uniqueness.  I am still working on it at 49! Especially these past 4 years, and it is amazing! I feel like I am peeling back the layers to my core self.

You are no longer Oprah’s Assistant – why did you decide to leave?

There was a part of me that really wanted to stay, but I was absolutely burnt out and fried. I wasn’t very good at balancing “my life.”  As amazing as the job was, and the friendship that Oprah and I had, my personal life was really suffering. I had three long term relationships while I was in that job. And I would imagine it was pretty lonely being with me at that time. I was “all in” and everything else I put on the back burner.  I could not continue any longer in the position.  I needed to take a leap of faith and see where I would land.

So what’s next for Libby Moore? Where do you want to be in 5 years’ time?

I am a non-planner “nomad,” so I never truly know what IS next.  I like to stay open-minded to opportunities that I know are coming, but have no idea what they might be. The specifics, I’m not sure about, but I do know that I want to be in a place where I can – live comfortably, travel extensively, and GIVE generously.  I see more speaking engagements, interesting partnerships, and a lot of creative collaborating.

Want to learn more about Libby Moore?  Check out her #AdminChat interview with Lucy Brazier, below: