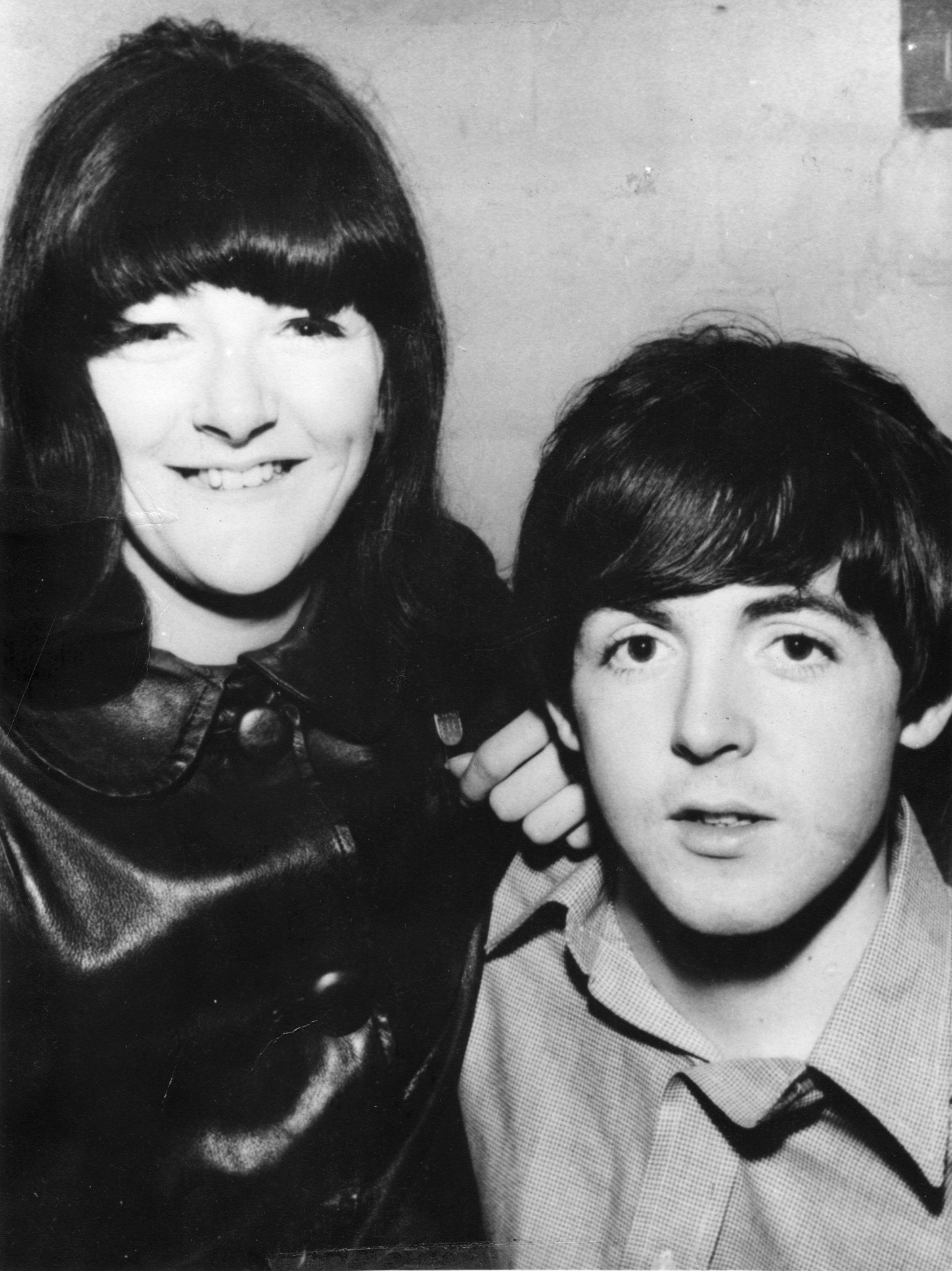 Freda was just 17 when Brian Epstein offered her the job that thousands would later covet. She was the Fab Four’s fan club secretary for 11 years – throughout their entire recording career – and as such was an eye-witness to music history in the making.

“At the time you don’t realise… I didn’t realise that I was in the eye of the storm. Hindsight’s a wonderful thing. You don’t really notice it. Also, it’s probably the type of person I am – I’m not fazed by anything really,” she explains.

In this tell-all age, Freda could have easily cashed in and sold her story to the highest bidder. Instead she calmly got on with her life, and gave away most of her memorabilia to fans in the 1970s.

To say she finally broke her silence last year, with the release of Ryan White’s documentary film Good Ol’ Freda, is something of a misnomer. For although the film, and her subsequent interviews since, do reveal a fascinating first-hand account of her time supporting one of the most famous bands of all time, like many in her profession she knows, and values, the importance of discretion.

Even her colleagues at the law firm where she has worked as a senior secretary for over 20 years, had no idea of her “claim to fame” (and many still don’t). “There was no employment law in those days, you didn’t sign any contract – nobody said to you ‘don’t say this, don’t say that’. They just knew you could be trusted and once you give somebody your trust you don’t break it,” she says.

This strong sense of loyalty and privacy is in part what makes Freda’s story so fascinating – and yet charmingly ordinary. It’s only thanks to her wanting her grandson “to know what his Granny did in her youth”, that she broke her anonymity at all. And she’s been amazed by the warmth of the reception she’s received.

“Freda is one of the few ‘backroom boys’ who’s never got the recognition she deserves for all the hard work she put in on behalf of the Fab Four,” said Tony Barrow, The Beatles press officer, in Good Ol’ Freda.

But it’s not recognition that drives her. Whilst she’s now happy to share her wealth of behind-the-scenes anecdotes – think nuggets of insight rather than exposé – she’s as faithful to the boys in her local band as she ever was.

The following extract is from an interview with Freda Kelly by office* show organiser, Diversified Communications UK:

You worked for The Beatles before they became really famous – do you think this made it easier to have a working relationship with them as you weren’t star struck as it were?

“I wasn’t star struck. I’m not star struck anyway – I’m not that type of person. It’s good that I knew them beforehand because that is how I got the job – I didn’t apply for it. Brian Epstein offered it to me because he saw me all the time with them. The manager of The Beatles hadn’t been a pop manager before – he was the manager of a record shop. So the whole lot of us were learning as we went along.

“I saw The Beatles mostly at the Cavern on my dinner hour sessions, when it was a lot more relaxing and not many people went. They often didn’t have a running order so you could just shout up and ask them to do a number and they would do it. So it was very, very relaxed – it wasn’t like when they played at night and would have a set routine. At the lunch time sessions they would hang about afterwards and practice, and just walk round the city because they weren’t famous then. They were just a local band. Some people knew them, some people didn’t.”

Did you find the fans’ reactions quite daunting when they hit the big time?

“You knew they were famous and they had a No 1 but because they were always in and out of the office, I still treated them the way I treated them when I was at The Cavern.

“Funnily enough, I went to the Town Hall in Liverpool this July for a charity night because it was 50 years since they played there and I was there the first time round [for the northern premiere of the film A Hard Day’s Night in 1964]. It was at that evening that I first realised how famous they were because I hadn’t really noticed it until then. But when I looked out from the balcony of the Town Hall and saw the roads around crammed with people shouting for them and everything, it really hit me then how famous they were.

“They didn’t treat me as an employee. They treated me as a friend because I was friends with them beforehand. And also with Brian Epstein. I was an employee during the day but not during the night. I did go out with them socially, so it was a different ball game when I went for a meal or he was at a party or whatever. But I still had in my head, no matter where I was, at the back of it was that he was the boss.

You’ve never cashed in on your position. How important was it to be discreet when working for the Beatles, and now, after all these years?

“It was extremely important to be discreet. People say to me ‘oh you were so loyal’. But when you think about people my age – there are an awful lot of people like me – I’m not unique in what I’ve done. I think it just stems from our upbringing and the way we acted.

“You have to think on your feet when you’re thrown in at the deep end and even now people try to trip me up with questions. People forget that I worked for the Beatles in the 1960s and I was wary of the press then and I’m still careful now. I’m quite private with my personal life and always have been.”

Freda Kelly’s Keynote at office* (a live Q&A hosted by Mike Caridia, president of www.pa-assist.com) will take place at 1pm on Tuesday 7 October at Olympia, London.

Freda Kelly was interviewed by Jane Wolfe, assistant editor at Diversified Communications UK, in July 2014. Good Ol’ Freda is available to buy from www.amazon.co.uk. office* was shortlisted for “Best UK Trade Show Exhibition (under 2,000m2)” at the Association of Event Organisers (AEO) Excellence Awards in both 2013 and 2014. Diversified Communications UK (Diversified UK) is a fast-growing trade event organiser and publisher based in Brighton, Peterborough, Leamington Spa and Nailsworth, Glos.