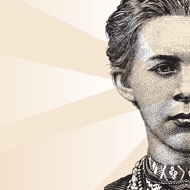 V A K O G is an abbreviation a I’d like you to remember as it could be the formula for the most exciting changes you can make in your life, improving your ability to communicate and be communicated with effectively! It stands for visual, auditory, kinesthetic, olfactory, gustatory. I’ll help you make more sense of it; what it means and why it’s so important to know and understand. It is basically the modality or preferred system of communication that an individual will use to process information and to relate that information back to you.

Not quite as important, and not used as much in everyday communication but still worth mentioning, is a person who thinks in terms of aromas. For example, a wine taster or perfume sales person’s preferred modality would be olfactory. Similarly, a person who thinks in taste, such as a chef, will relate to the gustatiry modality.

All well and good, I hear you say, but what the heck does that have to do with me and why is it so important?

Clues to Watch Out For in Speech Patterns.

What kind of words are the people in your office using?

Here’s an example. If you were primarily a visual person (and therefore all your thought processes were in images and moving pictures) and you were trying to get across a message to a person who might be primarily kinesthetic (and thought in terms of feelings and emotions) what kind of conflict do you think that
might create?

By nature, a visual person will tend to speak very quickly, breathing shallowly from the top of their chests. They will process information very rapidly.

By contrast, a kinesthetic person by will think in terms of emotions and feelings and will therefore internalise their feelings and process their responses internally before responding. This is a much slower thought process than a visual person. They also tend to breathe deeply into their tummies and speak at a slower pace.

Does this now start to make a little more sense? Do you see where we’re heading with this? Let me elaborate.

A visual person will, more often than not, expect an immediate response and will use phrases like ‘Can you see what I’m saying’?

Of course, the kinesthetic person can’t see what the other person is saying as they are not thinking in pictures and images. They’re using their feelings and emotions and therefore will be slower to respond.

If you, as the visual person, were to recognise these signs, how powerful do you think you could become at communicating, assertively and confidently?

By using questions like ‘Can you feel what I’m saying?’ you immediately send them a message in their own ‘feedback sandwich’ using terms that they can understand and equate to.
By the same token, if the other person is primarily auditory (thinking and processing in sounds and words), simply changing your speech patterns and asking ‘Can you hear what I’m saying?’ enables you to communicate in their language. Their unconscious mind can then process the information you are giving them more effectively.

An auditory person will breathe from the middle of their chests and will think about something and analyse it before responding.

Learning to recognise and understand these signs and modalities is a very powerful way of increasing your understanding of human nature and the way that individuals operate. It is a fantastic tool that you can use.

Don’t be afraid to experiment and have fun. Create some games with your colleagues and guess what kind of ‘modality’ they use. Then, spend a morning conversing with each other in the appropriate modalities and see what kind of effect it can create, and how it can make a huge difference in the way that messages are sent and received.

Of course, this is a very simplistic way of presenting the VAKOG model. And there is obviously a lot to be learned, which can only be taught in a controlled and fun environment. But this is a start and will initiate your thought processes. At the very least it will give you a much deeper understanding of the power of speech and the effect it can or can’t have.