How Understanding Body Language Can Help in the Office 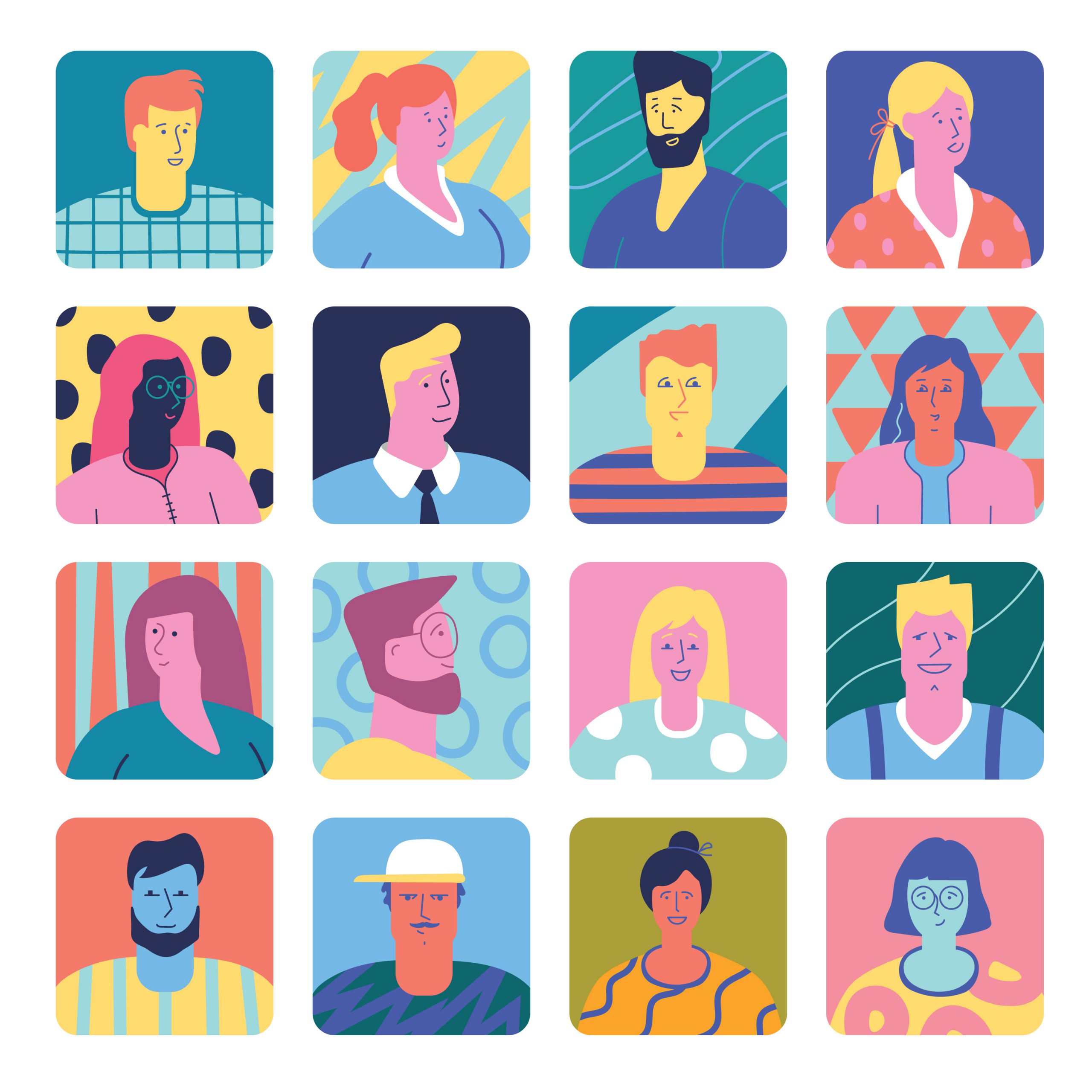 What is body language?

Body language makes up more than half of all our communication, is non-verbal, and mostly done subconsciously. It is the things that we do with our bodies, in relation to our surroundings and conversations, that we don’t even think about before we do.

Often, we do this when we are just cold, however, we might also do this if we are feeling nervous or shy. Folding our arms puts a barrier across our body, in a protective way, to shield us from the person we are talking to. It helps us if we are feeling vulnerable.

A study was done which showed that putting up a barrier in front of you can impact how you retain information. Students in a university were given a series of facts and pieces of information, and were asked to recall what they heard afterwards. Those who had their arms unfolded retained around 40% more information and had around 40% fewer negative thoughts about what they were listening to.

So how can this help you in an office environment? If you are putting on a seminar or lesson, it’s worth considering whether the seats provide the attendees with somewhere to put their arms, other than across their bodies. Do the chairs have arms on them? Is there a table in front of them?

A more temporary example of this is to fiddle with something on the other side of our body. At work, a man would typically fiddle with his cufflink or watch. A woman might quickly adjust her bag if it’s on her shoulder, or swap her bag from one hand to the other. They are putting up a barrier at the point they are feeling uncomfortable or vulnerable.

As with so many things we do subconsciously, always remember to think about the context in which we are doing them. Perhaps someone is folding their arms simply because they are cold, or adjusting their bag because it is heavy.

A study was done on aeroplanes and it showed that when a passenger crossed their ankles, they were more likely to want service from one of the flight attendants but were too shy to request it. Crossing ankles can be a sign of withholding information. Whilst it could also be about comfort, when someone is sitting in an interview, they could be trying not to tell you something.

I’ve been in this situation before when I was interviewing for a role that I really wanted but appeared to be at a lower level than I was currently at at that time. I found myself crossing my ankles and thought about it afterwards. Since this was a role which was (on paper) seemingly a lower level than the one I was doing at the time, I was withholding information about my experience to “dumb down” my value, so that I could get the job. In reality, the position was one which was going to allow me a much better work/life balance (and more money!) so I really wanted to get it. I didn’t, because even though I was trying to withhold some of my knowledge and experience, I was still told that I was “overqualified”.

Face touching is a common example of non-verbal communication which shows how we really feel. For example, when someone tells you a juicy piece of gossip you cover your mouth with your hand because you can’t believe what the other person is saying. We naturally want to cover up the body part which is receiving this information.

Scientists have proven the existence of the “Pinocchio effect” whereby when we lie, the body releases a chemical which causes the blood vessels in our nose to swell and tingle slightly. Whilst it isn’t enough for us to be consciously aware of the feeling, it is enough to make us likely to touch our nose for a second. Look out for this slight touch when someone is talking with you, rather than a genuine itch which would last a lot longer.

If we are looking at something we don’t particularly like, our body instinctively wants us to cover our eyes. Covering them like we would when watching a horror film isn’t particularly socially acceptable at work, so we don’t do it. The things we see at work are also not likely to be as horrifying as something in a scary film. So, instead of covering our eyes with our hands, we rub our eye, or slightly touch it. If someone is wearing makeup, they are likely to resist touching their eye area, but might gently touch their eyelashes or the area close to their eye.

When you are in a meeting, there are many things which give an indication as to how we are really feeling about what is going on. It’s probably quite obvious that if someone is on their phones checking their emails, they are probably not very interested in what is being discussed.

However, if someone is leaning back in their chair, the chances are that they are quite relaxed and probably quite agreeable with what is going on in the meeting. Even more so if they are sitting on their hands. They are subconsciously telling you that they have no objections.

Putting your cup or folder in front of you puts up a barrier between you and the other people in the room. Think about when you are in a restaurant and you are sitting opposite your friend or partner. Many times in this situation I have, without having a conscious reason, moved my glass from the middle of the table and put it to the side. Most of the time when I do this it’s not even to take a sip. I’m clearing the area between myself and the person with whom I am eating. I’m making sure there are no barriers between us, to essentially make the conversation easier.

The same applies in a meeting. If you put things between yourself and the person speaking, you are putting up a barrier to protect yourself from what they are saying. This is even more interesting when you are in a group meeting and you might be subconsciously either putting up a barrier against one person, or clearing the space between you and another person.

When you are in a meeting and you take a look around, if you see someone on their phone, chances are that they are not interested in what is going on in the meeting. Think about when you are watching a film and you are so engrossed in it you become almost oblivious to what is going on around you. If someone is distracted by their phone, they are not completely “in” the room.

Perhaps there is someone sitting around the table resting their head on their hands. This is typically someone who is bored, or arrogant to the point that they want you to think that they are bored. If you see this around your meeting table, you should think about trying to engage people in the discussion or try to make the conversation a little more upbeat.

In a meeting situation, you can also look for the people who are trying the hardest to make an impact. You have probably heard of the term “alpha male” and these people, whilst not always male, are easy to spot. They will typically position themselves to be as big as they can possibly be. Very often spreading the legs (which men do quite frequently) won’t have an impact at a meeting table, so something else has to be done. This is where you will see people putting their hands behind their head with their elbows out to the side. They are trying to be the ‘biggest’ person in the room to try and command attention and respect.

This is often aided by their position around the table. I often refer to the “power seat” which is the seat which will typically be taken up by the person who wants to control the meeting, or who feels like they have the most important things to say. Of course, the order in which people enter the room is likely to have an affect on this – if the “power seat” is the last available seat, then you can’t assume that the person sitting in it is the one who wants to take charge of the meeting.

The “power seat” is not necessarily the seat at one end of the table, but the one with the best view of the door. It gives the person sitting in it the ability to see who enters the room, and they can clearly see everyone around the table. The opposite to the “power seat” will be the one with its back to the door. If someone sits here first, they will typically be someone who wants to leave the meeting as soon as possible. This person is less likely to speak up in a meeting. This is because it is the one which is least “safe”. They cannot see anyone walking into the room.

Using the Power Seat to Your Advantage

If there is someone who is typically quite shy or quiet in a meeting, I will try and get them as close to the power seat as I can. This could mean sitting in it myself to stop that loud colleague from getting to it first. I have even been known to try and distract my loud colleague ahead of a meeting to make sure they don’t get to the power seat in an attempt to keep them slightly quieter during a meeting.

I have also used this when doing seating plans for private dining events. It’s not simply a case of sitting X next to Y; you don’t want your best client sitting with their back to the door, so always place them in a seat facing the door. This is also true if you are a salesperson who might be having a meeting with someone in a coffee shop. If you place them with their back to the wall, where they can see everything that is happening around them, that tiny difference could make all the difference between gaining the sale – or not.

Once your meeting has finished, it’s very common for people to stand up and continue their conversations. One or two people might leave the room, whilst others stay there and discuss something else.

If you are talking to someone, take a moment to look at where their body, and specifically their feet, are pointed. If you are desperate to leave a room, you will start to point yourself towards the exit. You will be “getting ready” to leave as soon as you can. If the person you are speaking to is doing this, chances are they will have somewhere else they want to be at their next meeting, perhaps, or simply away from you!

Perhaps they are standing up behind their chair. They have put a solid barrier between them and the person with whom they are having the conversation. This is likely to be because they are talking about something uncomfortable to them and if you are not part of that discussion, I would suggest leaving them to it!

How to use this information at work

Body language isn’t always as clear as spoken language, so understanding how to read it will help you in your interactions with others in the office.

Want to learn more?  Check out Yvette’s #AdminChat on Body Language, below:-