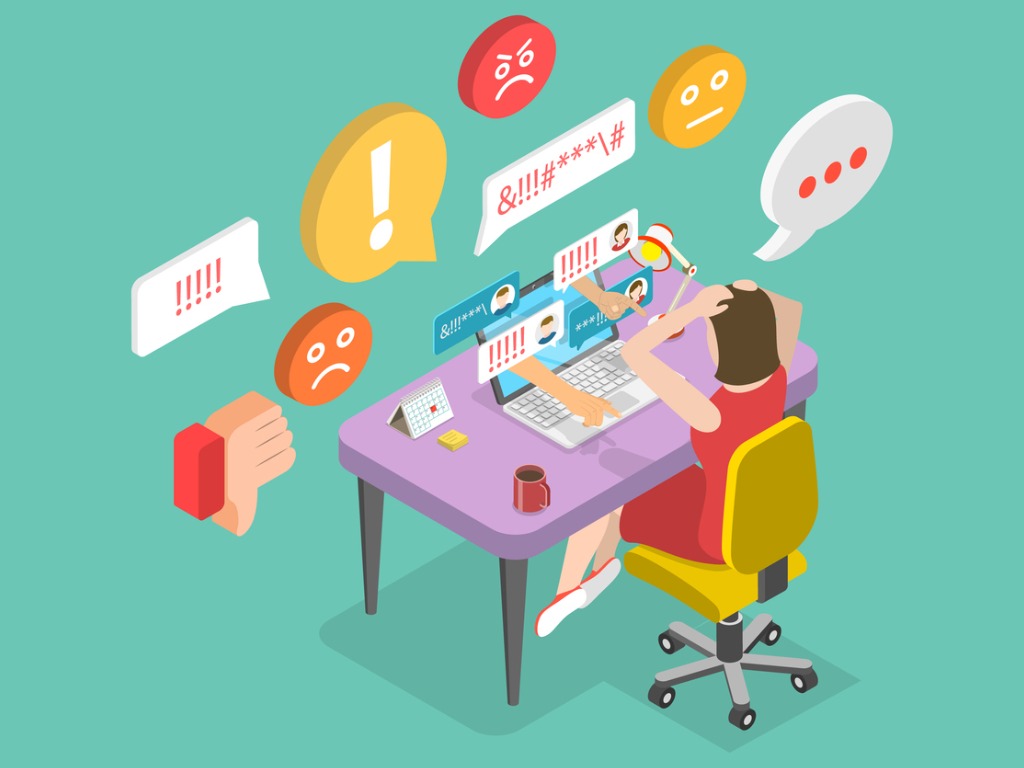 How can you protect your career if someone is trolling you or your business? asks Amanda Hamilton

These days the word ‘troll’ has a completely different connotation to the way we used it a decade ago. It used to be a phrase to express ‘the seeking out of’, e.g. “I’m trolling for jobs.” Now it is used in a negative way, often to denote an individual posting online to provoke a particular group or community towards an emotional response, to encourage aggression and to taint and manipulate other people’s perceptions of such a group, individual or business.

The fact is, it is so easy to do. We have any number of social media outlets which create the perfect platform for this. It can be an unprovoked attack that can emotionally affect the recipient or even destroy a business. If someone is bad-mouthing your work or your professionalism, it could well affect your career quite severely.

If You Are on the Receiving End of a Troll, What Can You Do?

The first and most important tip is this: Do not ignore it! This is a difficult thing to address since it may evoke extreme emotions. Nevertheless, you should respond if you can, and in a calm and reasonable way, as soon as possible.

Trolling is like bullying. The troller is confident enough to do it knowing that there will be a few sheep-like individuals who will join in and back them up. So, in the same way as you would confront a bully head-on, you confront the online troll to try to defuse the situation.

I would suggest approaching it in a way such as:

Of course, what you do not want to do is to get embroiled in a whole batch of further comments, so you need to think very carefully about how to approach the response and make it as ‘closed’ as possible (i.e., do not leave it open for further comment, and think hard before you reply to the reply – if the troll does reply).

Let me give you an example: I had a close friend who was an extremely balanced and non-aggressive person. She was asked to do something for an acquaintance free of charge that would enhance that person’s business. It involved a performance in front of a large audience, which my friend had never done before. She felt aggrieved since the acquaintance was an experienced performer and teacher and did not offer any support on the night. After the event and a glass too many of red wine, my friend posted something on the Facebook Group page that she later regretted. It was not aggressive, but it was perceived by the acquaintance to be an insult and degrading in the eyes of her fellow group members.

However, the acquaintance promptly sent a private message to my friend saying that it would be better to discuss this face to face. It worked, and within a few minutes of their meeting and after a chat, my friend apologised to her and posted a retraction and apology on the Group page. She has never posted anything derogatory since. She learned her lesson and realised how easy it is these days to say something you later regret, but only when it is too late to prevent the posting.

Responding on Behalf of a Business

The above advice also applies to a business. If you are an office manager or an Assistant, working in a company or firm, and you are responsible for responding to contact forms and social media enquiries, you may come across such trolling. Someone makes a bad comment about your company or firm, so what do you do?

Well, if possible, the same as above. In other words, you should respond in a calm and reasonable way, if you can. Of course, once again, it depends on the kind of comment made. If it is just a question of “Don’t go near this company, they’re rubbish…”, then perhaps a quick response such as: “We are sorry you felt it necessary to make such a comment on social media… perhaps you would like to explain why you believe this by contacting us directly so that we can do something about it.”

Quite often, the reason a comment like this is made is because the individual has not received the result they would have liked – in other words, sour grapes (for example, if they wanted a refund and were not legally entitled to it, or if they believe they were treated badly or unfairly).

At other times it could be more serious, bordering on defamatory or unjustifiably nasty. This can be a difficult situation to defuse, and it may take a fair bit of diplomacy to respond with the right sort of wording. You want to try to encourage this individual to use proper channels if they have a genuine complaint or grievance, without incurring a chain of responses.

Most companies / businesses have a complaints policy for customers to follow, and you could send a link for them to channel their complaint. They will only do so if it is genuine. It may well be that some ‘trolls’ just invoke and encourage comments for the sake of it. In these circumstances, it may be appropriate to contact the social media company directly and report them.

Previously, when there was no such notion of social media or emails, making a complaint involved having to put a lot of thought and planning into writing a letter and sending it through the post. There was no such thing as a throwaway comment which could instantaneously be posted, without much thought or effort.

If you find yourself, personally, the target of trolling, whether in a personal or professional situation, or if your organisation has become a target, it may not always be possible to defuse a situation, but the worst thing you or your organisation can do is to ignore it.

If you attempt to defuse the situation without success, you may have to turn to legal methods. A ‘Cease and Desist’ letter could be sent (if you know who the ‘troll’ is and their postal or email address). This informs the person to cease what they are doing under threat of legal action. If that fails to work, a claim for compensation based on harassment could be made through the courts. However, this should really be the last resort, as litigation is not only a costly business, it is also extremely time-consuming.

One final tip: People often refer to ‘defamation.’ This is a legal term that describes someone making a false verbal (slander) or written (libel) statement about an individual or business which damages their reputation, resulting in financial loss. However, the burden lies with the person making such an allegation to prove that financial loss has been suffered as a direct result of such defamation. If that can be proved, then it may be worth taking legal action. But beware! Beyond being a costly and time-consuming process, as mentioned above, there is no funding to assist you.

All the above actions, of course, may be negated if the reviewer or ‘troll’ is anonymous, but if you are aware of who they are, then there may be a possibility of alternative dispute resolution such as mediation. This could be considered an alternative to settling the issue via litigation through the courts.

If you need legal advice or assistance, you can always approach a paralegal who will offer you access to justice at a more reasonable cost than a solicitor. To find a qualified paralegal in England, visit the National Paralegal Register: https://www.nationalparalegals.co.uk/national-paralegal-register/